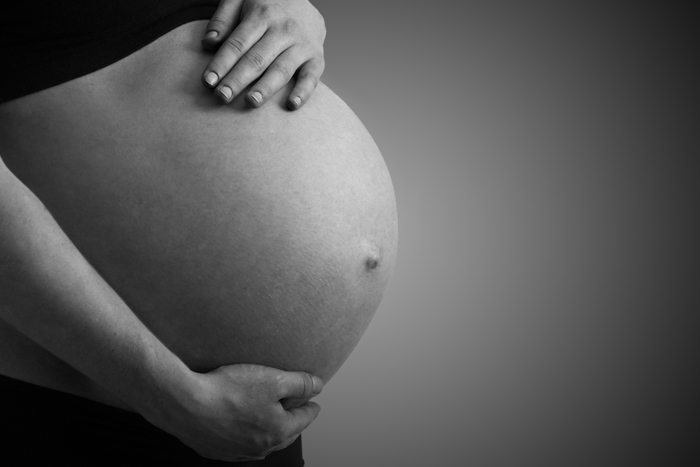 A recent Rewire piece treated the vexing question of commercial surrogacy as a litmus test for feminists. For us at Pro-Choice Alliance for Responsible Research, we believe that contract pregnancy can’t be understood in such a simplistic framework. Pregnancy via Shutterstock

Editor’s note: A previous version of this commentary incorrectly stated that a number of countries, including Australia, “protect abortion rights far more strongly than the United States.” In fact, laws relating to abortion vary between each state in Australia, and the procedure remains illegal in many Australian jurisdictions. We regret the error.

It is troubling to see the vexing question of commercial surrogacy treated as a litmus test for feminists at Rewire. While some lifelong supporters of women’s rights may see nothing problematic about contract pregnancy, others argue that it should be prohibited, and still others believe it should be allowed but carefully regulated. Contract pregnancy can’t be understood in a simplistic pro-choice versus anti-choice framework, or as only a matter of self-determination. Thirty years after “Baby M” and more than a decade after the emergence of a cross-border surrogacy industry, some of us are still unsure where we come down on commercial surrogacy. But it seems indisputable that the issue of contract pregnancy deserves careful thought.

We at the Pro-Choice Alliance for Responsible Research believe that social justice, safety, and human rights must be paramount in public policy and private practice in emerging biotechnologies, and we are striving to assess commercial surrogacy from that perspective. The surrounding quandaries are many and complex, especially for women working as surrogates and the children they bear, but also for commissioning parents. Consider:

Even these brief notes demonstrate that surrogacy is a complex issue for all those involved. From the point of view of commissioning parents, surrogacy involves not only themselves but the woman who is carrying the child or children they have commissioned and, more and more often, another woman from whose ovaries eggs will be harvested. From the point of view of women working as surrogates, it’s about whether, and under what conditions and restrictions, and for what payment, to undertake a pregnancy for someone else. And let’s not forget the interests of the children who result from contract pregnancies.

We need to insist on adequate safety data, responsible policies and oversight, and more information to help women make informed choices, whether they are providers or buyers of surrogacy services. Until those conditions are in place, we can’t know whether a surrogacy arrangement is a truly informed and non-coercive contract in which all understand the short-term and long-term implications. We know enough about on-the-ground conditions of commercial surrogacy (and commercial egg retrieval) to be convinced that caution is warranted, and that policies to help ensure everyone’s rights and well-being are needed.

The commercial surrogacy market is growing and spreading rapidly. Because third parties are involved, the messy issues it raises are appropriate matters for public policy. They are also matters about which feminists should think carefully. Having insisted so powerfully on women’s rights, how do we ensure that we are not pitting one woman’s rights and well-being against another’s? Having fought so hard for our own bodily autonomy, do we really want to partake in arrangements that curtail other women’s?

We need this conversation and we need it soon. Shutting down careful examination of commercial surrogacy is not in our interests. Invoking “choice” and “paternalism,” as if those were the final words about contract pregnancy, is a mistake. These moves ill serve all the parties to commercial surrogacy arrangements, our own political and intellectual integrity, and our ongoing struggles for reproductive justice.