Center for Environment and Population (CEP)

Vicky Markham is Founding Director of the Center for Environment and Population (CEP), an independent non-profit research and policy organization that addresses the relationship between human population and its environmental impacts. Markham has over 25 years of experience in the fields of environment and population science, policy and public outreach. She started the American Association for the Advancement of Science’s (AAAS) Population and Sustainable Development International Program, directed World Wildlife Fund International’s (WWF) Population Program, and headed their delegation to the UN International Conference on Population and Development (ICPD) in Cairo. Prior to WWF, Markham was International Planned Parenthood Federation’s (IPPF) Information, Education and Communications Officer for London, Africa and Asia. She also worked for the Turner Broadcasting System on documentary films, and was Education Officer for the Secretary of Natural Resources in Puerto Rico. Markham is a graduate of Yale University, and has written and edited extensively on the topics, including the AAAS Atlas of Population and Environment, the US National Report on Population and the Environment, and the US Population, Energy and Climate Change report, all available on CEP’s website, www.cepnet.org. From Texas to Turkey: Messages From Women in the World

At a campus forum on women and sustainable development issues in the Texas Bible Belt and the Women in the World summit in New York, I saw that "women’s rights are the biggest unfinished agenda of 21st century." 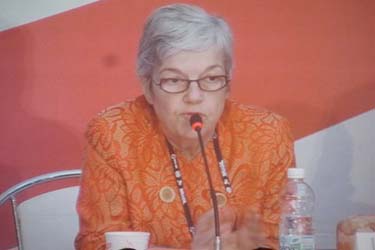 While the last hours of negotiations unfold, we begin to look forward to future demographic trends and how to turn them into dividends rather losses. Live from Rio+20, Day Three: “The Voices of Women”

Today I participated in an extraordinary side-event on “Rio+20 and Women’s lives: A Cross-General Dialogue” at the Ford Foundation Pavilion. This event was very intimate, it drew you in, with women’s personal stories for Rio+20 and beyond. 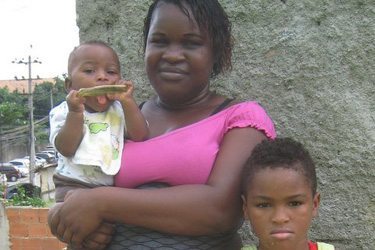 Today, here at the BEMFAM clinic in Cachoeirinha Favela in Rio de Janeiro, youth were having a very animated discussion about how they viewed sexuality, reproductive health, being young, and their feelings and emotions about this period in their life. Live from Rio+20, Day One: Women and Reproductive Health

This week begins the major UN Rio+20 “Earth Summit,” and I’ll be covering women and reproductive health (RH) issues as relate to the official UN proceedings, the NGO perspectives, and global south women’s personal stories on how Rio+20 touches their lives.

This month the UN reports that the world population will hit a significant population milestone, 7 billion people. This has meaning for us all, especially in its environment and development impacts – and women are key. By The Numbers: Population, Consumption, and Reproductive Health

What are the facts on population, consumption, and reproductive health?  Here they are "by the numbers," including who is using what in terms of energy and climate change; environment; reproductive health, and the status of girls and women.

The Center for Environment and Population (CEP) is announcing the launch of a new US and international fellowship program on "Population, Climate Change and the Environment" with a focus on women and girls empowerment and RH issues.

Renewed Commitment to Reproductive Health Has Implications for Global Environment

Secretary Clinton made a commitment to women and girls’ health and progress worldwide, which in turn will contribute to tremendous gains on global environmental and climate sustainability.