Lauren R. Kornegay was born in Washington, DC, and grew up in Oxon Hill, MD. She graduated from Morgan State University in Baltimore, MD, receiving her B.A. in Speech Communications. While at Morgan State University, she experienced a series of events that led her to a gynecologist in Baltimore, MD. In meeting her new gynecologist, she would be introduced to an unfamiliar disorder at the time—endometriosis.

Diagnosed with endometriosis at the age of 20, Lauren experienced the pain, struggles, exhaustion, and confusion accompanying the disorder. This led her to search to find someone who looked like her, who was also dealing with endometriosis. She would find herself in several Facebook support groups being dismissed, accused of being racist, or chastised for speaking up about the lack of awareness surrounding anyone who didn’t look like the primary demographic of the group. Each time, she would end up empty-handed. Due to a lack of representation and acknowledgment of African American women affected by this disorder, she felt alone. She felt like there wasn’t anyone who looked like her impacted by endometriosis that she could reach out and connect with.

Having previously searched social media, websites, and other avenues, she knew something had to change. Her mother always told her, “If there’s a void, fill it, and if you want something done, do it yourself.” Lauren believes in “creating a space where there is no space.”

So in October of 2015, Lauren established Endo Black, Inc., a platform designed to connect African American women and women of color affected by endometriosis.

While Endo Black, Inc. stood as a beacon of hope for many women, many still struggled.

In October 2020, she became the author of Your Personal Journey Log for Endometriosis and THE ENDO WAY: A Guide To Becoming An Endo Advocate.

In December 2020, she launched her most recent project, The V. Podcast, where she co-hosts along with April Christina and Samanth Denäe. Lauren is here to help you tackle endometriosis head-on.

In January of 2021, Your Favorite Endometriosis Coach was founded to help women manage their endometriosis pain effectively. No more would women be overwhelmed with the thoughts of trying to figure things out by themselves.

One of her biggest goals is to raise awareness about women of color being affected by endometriosis and raise awareness among medical professionals about understanding how endometriosis affects women of color differently to make proper diagnoses. It’s time to make some noise so that women suffering in silence can be heard loud and clearly. It’s now time to push for real change and acknowledgment within the community, and she hopes you join the fight for change. 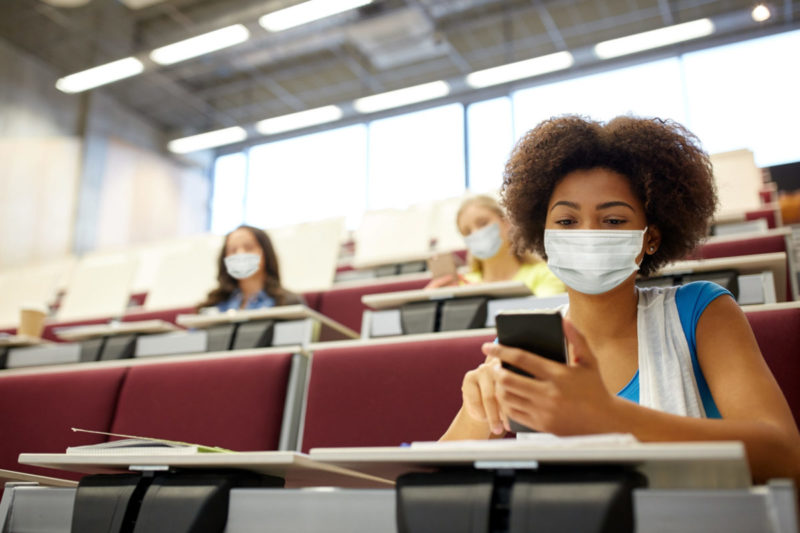 A Back-to-School (or Work) Guide to Endometriosis

People with endometriosis need tools to navigate both school and workspaces. Our experts share their best tips.