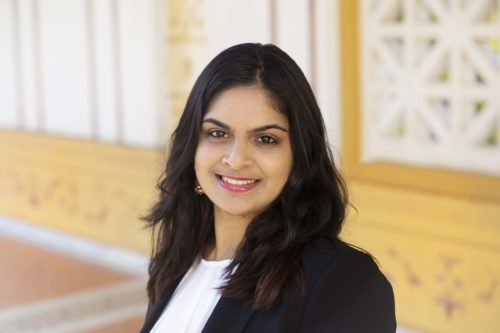 Aliza Kazmi is from the San Francisco Bay Area. Her lifelong passions for social justice come from her own positionality, as second-generation daughter of an educator, and a former educator herself. Her dedication to the work have led her to organize around race and social justice in a number of regions including Alaska, Michigan, New Mexico, and throughout California.

Aliza has created partnerships with numerous advocacy collaboratives, including convening grassroots community organizers and supporting their radical change-making and policy engagement in cities and states around the country, and mobilizing thousands of people to vote in various elections and participate in the Census.

She is an alumna of UC Berkeley’s Peace & Conflict and Gender & Women’s Studies programs and University of Michigan Ford School of Public Policy, where she received the Rackham Merit Fellowship. Aliza is also a voting member of the Alameda County Commission on the Status of Women. Islam supports an individual’s bodily autonomy, and we need to advocate for our community’s right to an abortion.