Planned Parenthood of Greater New York announced Tuesday morning that it has decided to remove Margaret Sanger’s name from the Manhattan Health Center.

“The removal of Margaret Sanger’s name from our building is both a necessary and overdue step to reckon with our legacy and acknowledge Planned Parenthood’s contributions to historical reproductive harm within communities of color,” said Karen Seltzer, PPGNY board chair, in the statement.

That means anti-choicers are all over god’s green internet gloating about how they were right all along.

“See! Even Planned Parenthood is finally admitting that Margaret Sanger wanted to turn Black babies into designer handbags for radical leftists!! We were right!”

Planned Parenthood FINALLY ADMITS ties to eugenics, according to this guy:

(Except that Planned Parenthood Federation of America has long admitted its founder Margaret Sanger’s ties to eugenics.)

PPGNY decides it’s FINALLY TIME to condemn Sanger for her racism and support for eugenics, per this person:

Planned Parenthood in NY decides it’s finally time to condemn Margaret Sanger for her racism and support for eugenics, after the pro-life movement has spent decades pointing this out and being called crazy https://t.co/QAQPkjXqQe

I love when people like Harrington pretend to care about Black babies.

I would bet good money that Harrington has never expressed a modicum of concern about Black mothers, babies, or women, aside from virtue signaling about Black babies and abortion.

Also, the United States was built on the backs of Black people—so much so that dozens of corporations and universities WOULD NOT EXIST if they hadn’t profited from the sale of Black people.

So if PPFA has to close up shop according to GOP orthodoxy, then so does this country.

But more importantly—and I’m going to type this loudly so everyone can hear it—PLANNED PARENTHOOD WAS NOT FOUNDED TO EXTERMINATE BLACK PEOPLE. MARGARET SANGER DID NOT WANT TO ERADICATE BLACK PEOPLE.

Can you sense my frustration? Of course you can. I’M BASICALLY YELLING.

But also you know better, because you’ve read this piece that I wrote five years ago in which I debunk the prevailing anti-choice narrative about Sanger and Planned Parenthood.

It is a persistent lie that anti-choicers cling to the way Jack Dawson clinged to that raft. (Clinged? Clang? Clung? Either way, move over Rose!) 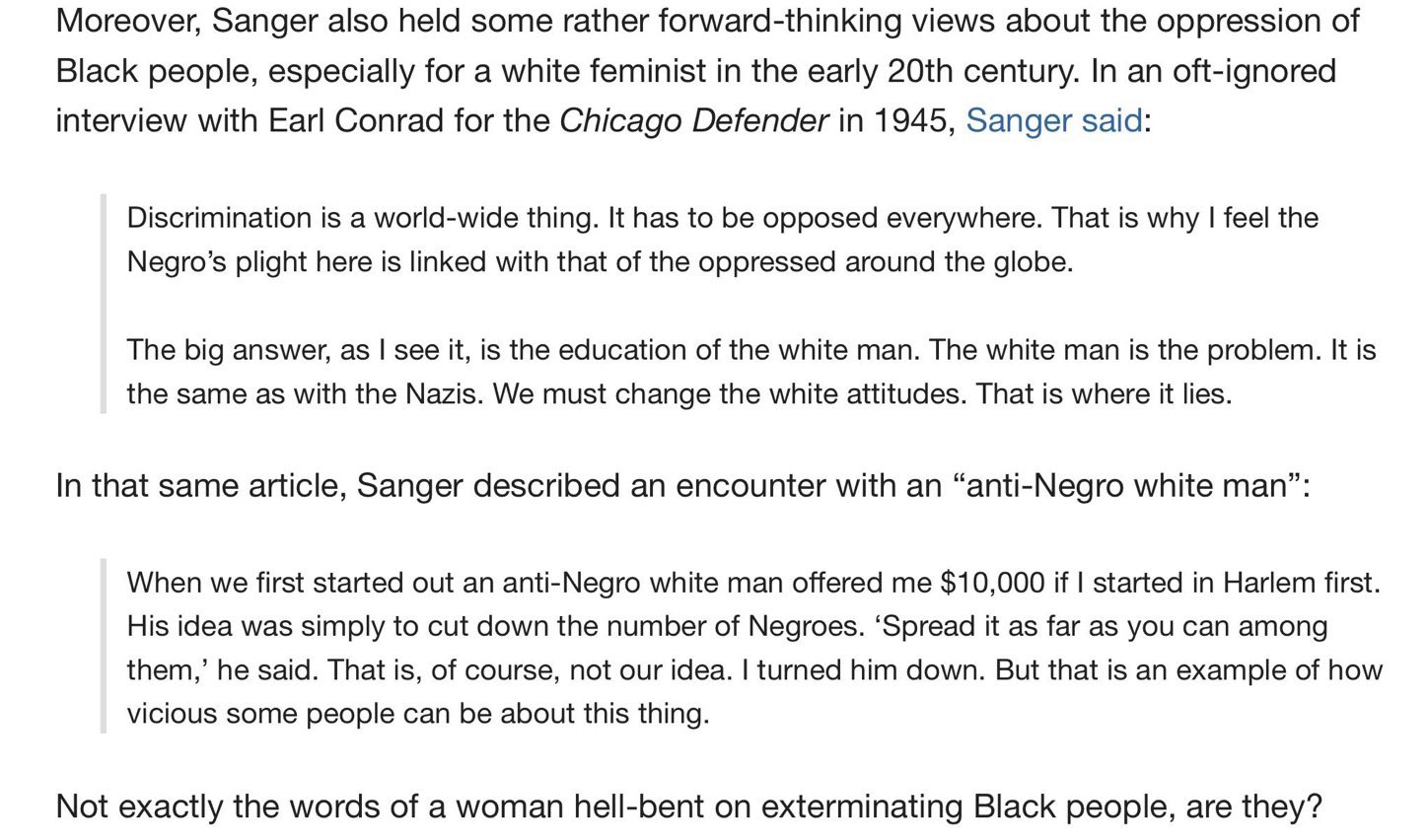 Does this sound like someone hellbent on Black genocide? No it does not.

And it is a lie that the New York Times unfortunately perpetuates by claiming that PPGNY’s decision to drop Sanger’s name creates an “unusual alignment” between the clinic and people like Ted Cruz and Ben Carson.

There is no alignment—unusual or otherwise—between PPGNY leadership on the one hand, and Cruz and Carson on the other.

Cruz routinely spouts nonsense like “abortion and racism are evil twins, born of the same lie.” He chose to spew that gem on MLK’s birthday. I wrote this at the time.

Ben Carson is equally daft, when it comes to abortion and Black people. In 2015, he claimed that women who get abortions are like slave owners. I had some words for Dr. Carson too.

But let me tell you what truly bothers me about this narrative about Sanger’s complicated relationship with communities of color.

First, let’s take another look at what Karen Seltzer, PPGNY’s board chair, said when she made the announcement.

“The removal of Margaret Sanger’s name from our building is both a necessary and overdue step to reckon with our legacy and acknowledge Planned Parenthood’s contributions to historical reproductive harm within communities of color.”

Sanger’s birth control legacy certainly led to reproductive harms in communities of color, and I’m glad PPGNY is attempting to redress that.

Advocates SHOULD try to redress that.

But few people talk about how grossly ableist Sanger was.

She WAS trying to eradicate people with disabilities. 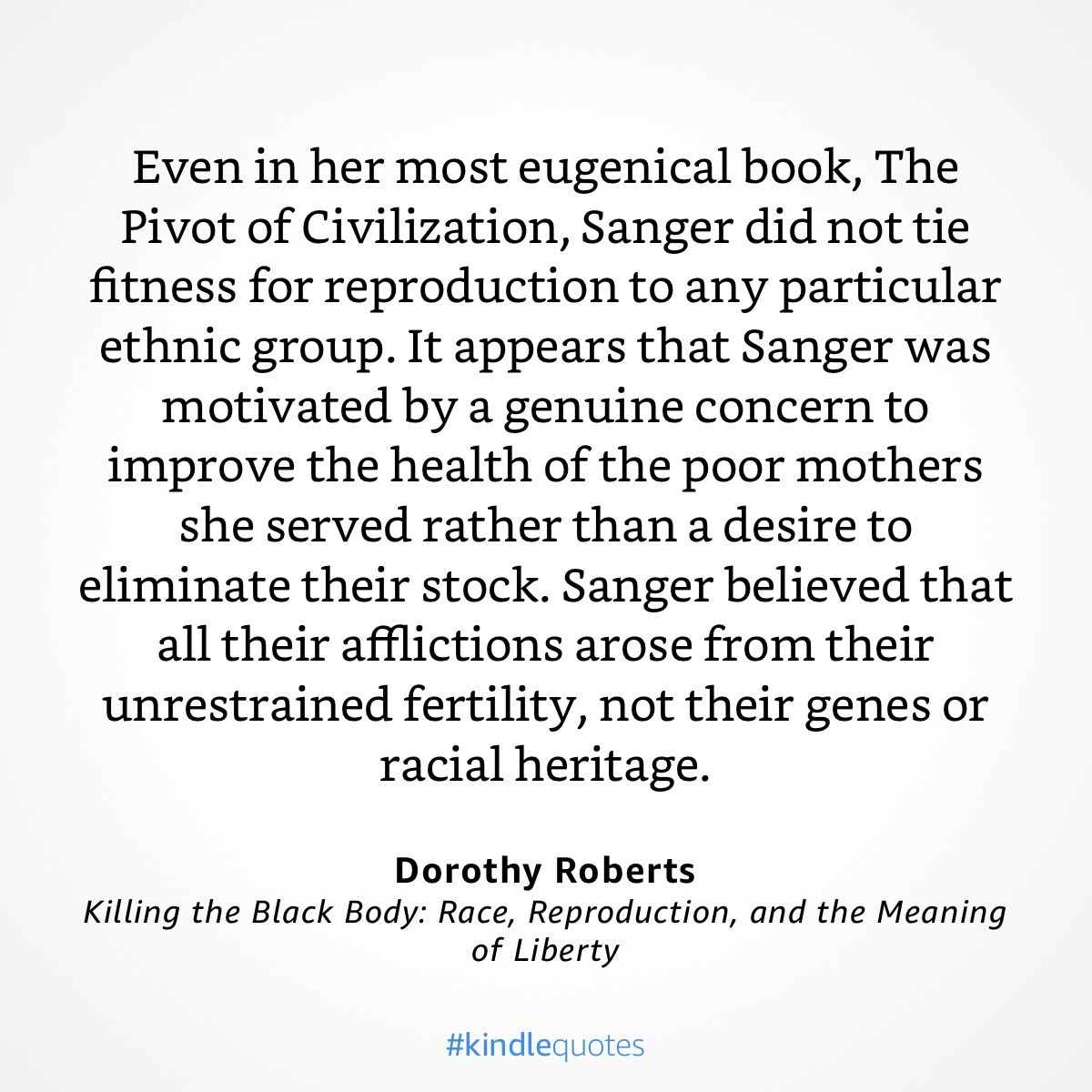 Margaret Sanger wanted poor people and the “insane and feeble minded” to stop breeding, irrespective of their race.

When she talked about racial betterment, she meant bettering the human race by sterilizing people with disabilities. 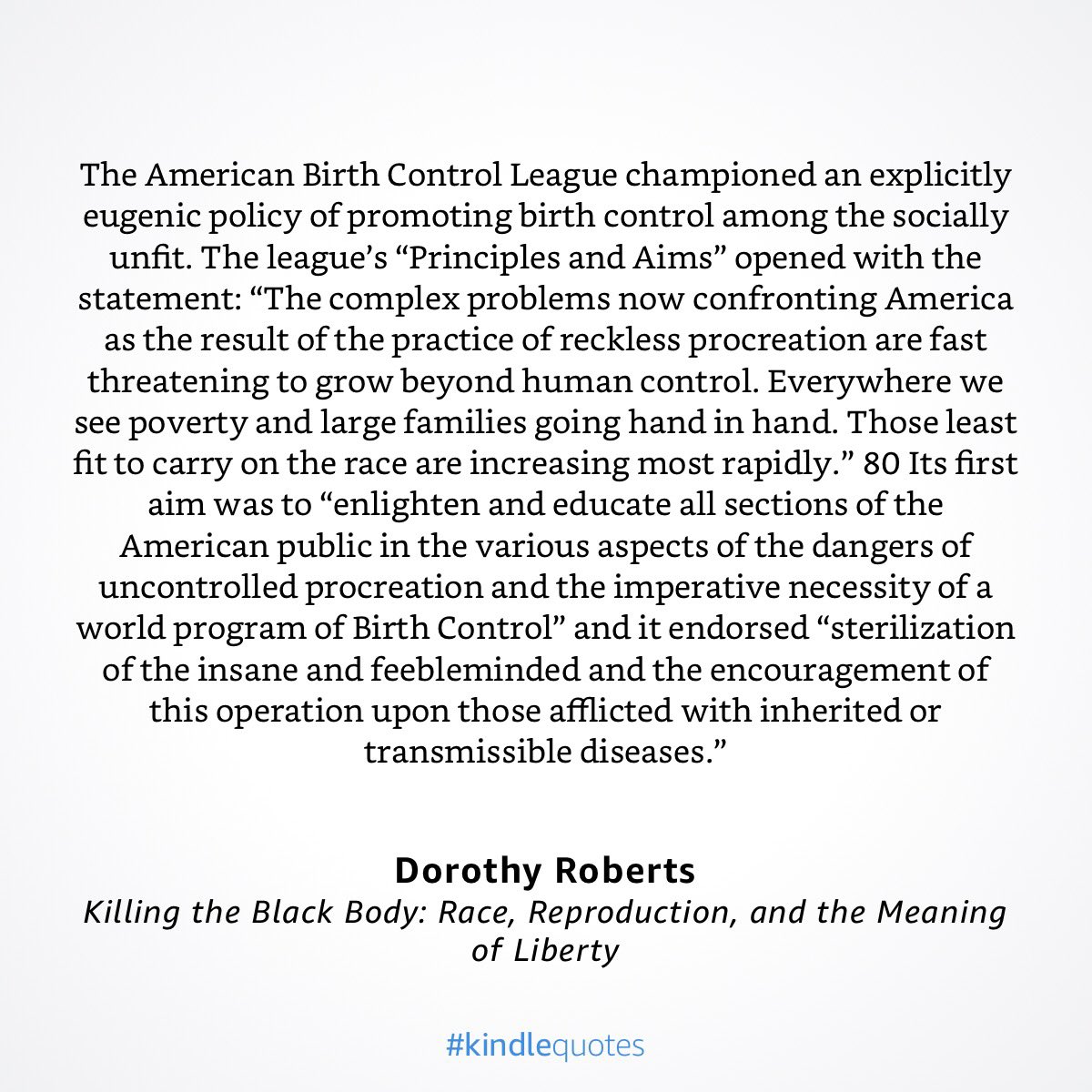 There is a horrid 1927 Supreme Court ruling called Buck v. Bell, in which the U.S. Supreme Court said it was perfectly constitutional to forcibly sterilize people with disabilities.

“Three generations of imbeciles is enough.” Justice Oliver Wendell Holmes really said that. In the ruling.

You can read more about Buck v. Bell from Disability Justice here.

Needless to say, Sanger loved her some Buck v. Bell.

So while I applaud PPGNY’s decision to remove Sanger’s name from the Manhattan Clinic, the clinic missed an opportunity to talk about the intersection of reproductive rights and disability, and to engage leaders in the disability community on the issue.

PPGNY didn’t even mention in its press release Sanger’s support for eugenics as it relates to people with disabilities.

That’s a gross oversight in my opinion.

And because I don’t want to miss an opportunity to take a pot-shot at Clarence Thomas, read this. Thomas has laid out the arguments that anti-choicers should be making, and he is paving the way for conservatives to take away your right to birth control.