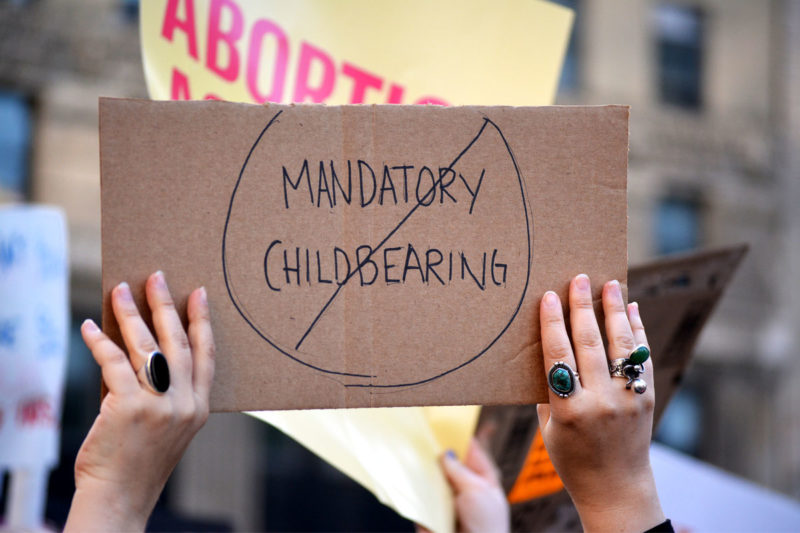 If South Carolina lawmakers are going to ban abortion after six weeks’ gestation and force every pregnant person to carry their pregnancy to term, the state should damn well pay for the costs associated with giving birth to and raising that child.

The bill, SB 928, demands that anti-choice lawmakers in South Carolina who have proposed banning abortion at six weeks into pregnancy put their money where their mouth is: If lawmakers are going to force people to carry their pregnancies to term, and if they are going to deem the development of an unborn embryo as more important than the life and rights of pregnant people, then South Carolina should compensate them for acting as a gestational surrogate for the state of South Carolina.

The law points out that given the surrogacy market, a pregnant person’s uterus is not unlike a rental property: People who commission surrogates pay that surrogate to carry a fetus to term and to give birth to a child. So why should South Carolina be permitted to force its citizens to act as surrogates for the state without compensating them?

According to SB 928, South Carolina shouldn’t, and the legislation hammers this point home by making several key points:

Finally, someone said it.

The compensation suggested in the legislation includes reasonable living, legal, medical, psychological, and psychiatric expenses that are directly related to prenatal, intrapartal, and postpartal periods. In addition, upon detection of a fetal heartbeat, a pregnant person may claim the fetus as a child for purposes of federal or state income tax credits or deductions.

But it gets even better: Compensation also includes automatic eligibility to participate in a program that would pair a pregnant person with a specially trained nurse to provide home visits from early pregnancy through the child’s second birthday. Can you imagine? (By the way, this is de rigueur in countries like Sweden that actually give a shit about new parents.) Pregnant people would also be automatically eligible for any public assistance like TANF (Temporary Assistance for Needy Families), SNAP (Supplemental Nutrition Assistance Program), and WIC, and the law would prohibit reducing or suspending those benefits until the child is 18 years old.

And then the grand finale: South Carolina must fully fund a college savings plan for the benefit of the child.

Inject this legislation directly into my veins.

In order to obtain compensation from the state under this law, a pregnant person would be required to file an affidavit with the Department of Social Services indicating that, but for South Carolina’s six-week ban, they would have chosen to terminate the pregnancy and not given birth to the child.

This is a groundbreaking law for two reasons. First, it gets to the heart of why anti-choicers are, by and large, hypocrites in their concern for fetuses but utter disregard for children. Far too many anti-choicers would gleefully force a pregnant person to give birth but then, once that child is born, want nothing to do with any programs or assistance that would enable new forced parents to raise that child.

But more importantly, this law is drafted from a decidedly reproductive justice framework. (I don’t think it is a coincidence that McLeod is a Black woman.)

The Pro Birth Accountability Act likely has no chance of passing given that Republicans have a stranglehold on South Carolina’s legislature, but the law will force a conversation in South Carolina—and hopefully nationwide—about whether anti-choice lawmakers who fancy themselves “pro-life” are actually that. Or whether, as I have suspected for some time now, these lawmakers are simply pro-birth.