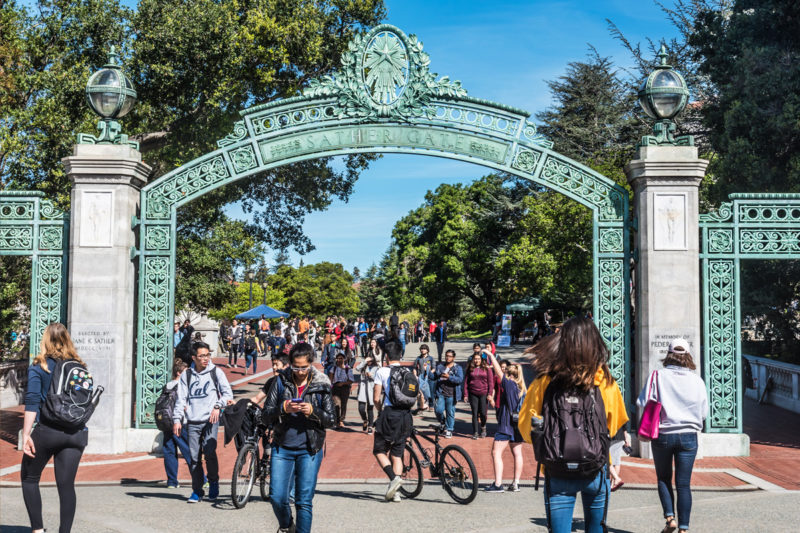 The College Student Right to Access Act was inspired by student activists at the University of California, Berkeley, who banded together in 2015 to advocate for medication abortions on campus. According to Phoebe Abramowitz, who joined the campaign as a freshman, students seeking abortions face unreasonable hardships. David Litman / Shutterstock.com

After a four-year-long student-led campaign to expand access to abortion care, California may soon become the first state to require publicly funded universities to offer medication abortion on campus.

The California state legislature has until Friday to vote on the College Student Right to Access Act, sponsored by state Sen. Connie Leyva (D-Chino). If it does not move forward this week, the bill will be “carried over” to 2020 and the process will pick up when the legislature reconvenes in January, according to Elizabeth Nash, senior state issues manager at the Guttmacher Institute.

A previous version of the bill was vetoed by Gov. Jerry Brown (D) last year, but California’s new governor, Democrat Gavin Newsom, has signaled he would sign the bill into law.

The bill was inspired by student activists at the University of California, Berkeley who banded together in 2015 to advocate for medication abortions on campus. According to Phoebe Abramowitz, who joined the campaign as a freshman, students seeking abortions face unreasonable hardships.

“We talked to people who had to miss class and work to access abortion care,” she told Rewire.News. “At the time, there was a $300 co-pay [and] a confusing referral process.” For some students, navigating this bureaucracy meant they missed the 10-week window for medication abortion and instead had to seek a surgical abortion off-campus.

“I really do believe this [bill] is a major step for gender equity—and being able to access our studies along with other students,” Abramowitz said.

Medication abortion, also known as the abortion pill, is a non-surgical procedure that blocks the hormones needed for pregnancy and induces contractions through the use of two drugs. Because medication abortion is relatively straightforward and safe, more primary care physicians are beginning to offer it, according to Ushma Upadhyay, PhD, MPH, a researcher at Advancing New Standards in Reproductive Health (ANSIRH) at the University of California, San Francisco and an associate professor.

The California bill would require public universities to provide medication abortion on campus; its requirements wouldn’t apply to private or community colleges.

According to Nash, the only other state considering a similar policy is Massachusetts, although California is likely to be the first place it passes.

“California is a leader on reproductive health issues,” she said. “Other states look to California as a place to find policy ideas on a lot of different progressive issues. It stands to reason that this could be an issue that other states adopt.”

That’s despite research from the University of Illinois at Chicago that found medication abortion is “safe and feasible” to offer at student health clinics.

As part of her research at ANSIRH, Upadhyay has documented the many hurdles students face when seeking abortion care. In one study, she and her colleagues found that the average student at a California state school had to wait about a week for an off-campus appointment and pay an average of $600 for medication abortion services.

According to Upadhyay, if the California bill becomes law, it would benefit as many as 500 students per month. Each campus of California State University and the University of California would receive $200,000 to cover the startup costs of offering medication abortion services and would be required to begin providing the care by 2023.

Dr. Daniel Grossman, director of ANSIRH, said the funding should be “more than enough” to train staff and get student health centers ready to provide abortion care. After that, the campus health centers should be able to bill insurance for services.

“I am optimistic about this proposal because it makes sense from both a medical and educational perspective,” Grossman said in an email. “If it can work here, I think other states will follow our lead.”

CORRECTION: This piece has been updated to clarify the bill’s proposed start date for medication abortion services.