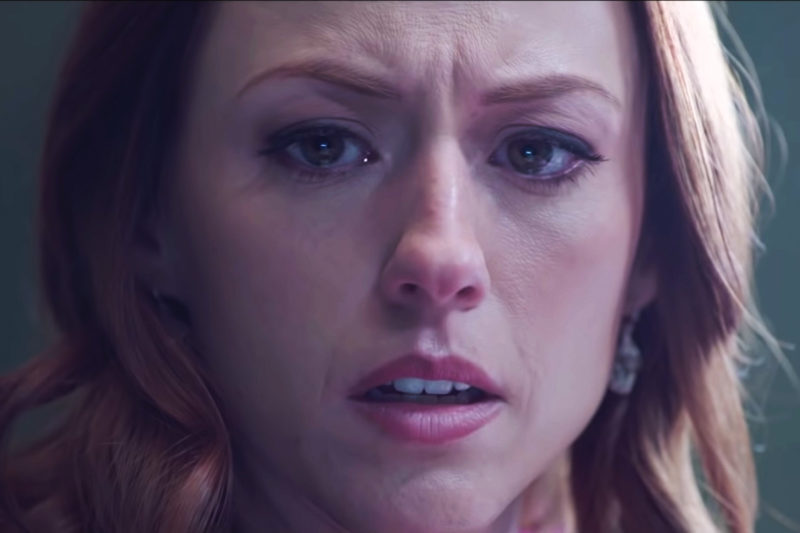 Based on Abby Johnson’s memoir, Unplanned depicts Johnson’s journey from being conflicted about abortion but working at Planned Parenthood to being staunchly anti-choice after witnessing an abortion. Unplanned Movie / YouTube

The political is ultimately personal. And oftentimes, the best art, the art that has touched me personally, doesn’t attempt to obscure this fact.

Chuck Konzelman and Cary Solomon, the writer-director team behind the new anti-abortion film Unplanned, know this.

Based on Abby Johnson’s memoir, the film depicts Johnson’s journey from being conflicted about abortion but working at Planned Parenthood to being staunchly anti-choice after witnessing an abortion. And the film, to its credit, acknowledges the personal nature of how Johnson (played by Ashley Bratcher) arrived at her stance after what she characterizes as a life-changing and traumatic experience.

But that is where my praise of Unplanned, however faint, begins and ends. Unplanned is far from the best art. It’s not even particularly sophisticated propaganda, and it allows for no nuance in how it depicts people with either pro-choice or anti-choice beliefs.

It’s impossible to ignore the cartoonishly anti-choice representations of Planned Parenthood employees—not a surprise since Johnson has worked with anti-abortion group Live Action, which has targeted Planned Parenthood in secret video stings. The workers are positively giddy about the notion of abortion. Johnson’s co-worker Renee (Tina Toner) jokes about a room where the biological waste is handled, saying that POC (products of conception) stands for “‘parts of children.’ Hope you had a big breakfast!” She delivers the line with a cheerful wink. And during the abortion scene that provokes Johnson’s epiphany, the male technician gleefully states “Beam me up, Scotty” before inserting the vacuum aspirator into the patient’s uterus.

In addition to the film’s obvious anti-choice positioning, Unplanned delivers a more coded racial—and racist—message. The only nonwhite speaking characters are either those overly enthusiastic Planned Parenthood staffers or abortion-seekers who are portrayed as too downtrodden or stupid to realize the “wrongness” of their decision. The film features several montages of sad women seeking abortion services, including women of color specifically dressed and styled to indicate their poverty. They are rarely given dialogue compared to white women in these montages. Here, there is no chance for redemption if you’re Black or brown: You are either a glib “abortionist” or a tragic victim.

There’s also a disturbing visual message in the casting. Perhaps it’s a coincidence that many of the white anti-choice activist women are blonde, blue-eyed, even Aryan-looking. Most of the Planned Parenthood employees, including supervisor Cheryl (played as a child-hating, evil career woman by actress Robia Scott), have dark hair.

Beyond the racial politics of Unplanned, it also has an ax to grind against working mothers. The film opens with Johnson feeling guilty and apologizing to her daughter for having to work on a Saturday while her saintly husband, Doug (Brooks Ryan), eats breakfast. It’s just one of several scenes in which working mothers apologize for their absences or the film frames motherhood as incompatible with having a career. Take a flashback in which Johnson tells her boss about her pregnancy. Johnson’s supervisor encourages her to abort in order to advance her career, though Johnson is clearly excited about the pregnancy. The tacit message: To be a professional woman means to be against motherhood.

I watched this film, trying to be cognizant of my own biases and beliefs. I did not want to launch into immediate condemnation, like the clinic protesters who lob judgments from the other side of the Planned Parenthood fence in the film.

I have been staunchly pro-choice since I was 15. Like Johnson, I arrived at my position based on my own experience. I was raised Catholic, attended Catholic school, and was pro-life by default—until a classmate I’d known since childhood had an abortion. A few months later, her abortion became public knowledge after a spiteful former best friend divulged the information. Gossip and ridicule basically ran her out of the school, clear across the country where she went to live with her father. I remember thinking: “This can’t be God. This can’t be what God looks like.”

Neither is Unplanned what a good film looks like.

Overall, the movie is shot (and scored) like a laundry detergent commercial, with a gauzy, soft filter. In the abortion Johnson watches, a badly CGI-animated fetus is depicted via ultrasound as fighting to avoid the vacuum aspirator during the procedure—echoing the 1984 anti-abortion film The Silent Scream and debunked claims about fetal pain.

The acting in Unplanned is just as unconvincing as the animated fetus. The success of this story hinges on its lead actress selling the emotional arc of going from being ostensibly pro-choice to being pro-life. Bratcher’s simply not up to the task. She certainly is no Kimberly Elise, whose performance in the film adaptation of Woman Thou Art Loosed elevated Bishop T.D. Jakes’ regressive ideas about gender roles and facile writing.

Still, I want to be as fair as possible to Bratcher, who has mostly acted in short films and bit parts here and there. The script does her absolutely no favors with a tone that veers wildly from obtusely earnest to transparently cynical. The script calls for her to narrate the film, which often indicates lazy writing or directors who don’t trust their actors to show rather than tell. “Any choice you make that you’re not comfortable sharing with your mother is probably a bad idea,” Johnson/Bratcher states early in the film—a broad and strange declaration, considering all the perfectly reasonable choices many adults don’t share with their parents.

What it does show, however, is a sensationalistic take on one of Johnson’s own abortions. According to the film, she had two abortions before working as a supervisor for Planned Parenthood—both while partnered with an unloving and disrespectful first husband.

Johnson is clearly happy to be rid of him and not have any connection to him, so one can’t help but wonder about the mixed messages on display here. Abortion helped her leave a neglectful, uncaring partner without having to be tethered to him. Yet she’s ashamed of her choice. In a shower scene, the character writhes in pain, with bloody tissue dripping from between her legs. She later lies on the floor of a blood-splattered bathroom, crying in both physical and emotional agony. The implication is an abortion gone terribly awry—when the complication rate of abortions is actually very low—or, worse, that most abortions are like this or most women feel as Johnson did. Most women don’t, with an overwhelming majority saying that terminating a pregnancy was right for them.

In scenes like these, Bratcher’s flat, Hallmark Channel-caliber acting just doesn’t pass muster. It verges on the comic, and it actually did evoke laughter from a few audience members in my screening, even though their responses told me they were generally inclined toward the film’s political message.

In addition to an obtuse yet obvious script, the film relies on swelling, dramatic instrumental music and Christian pop-rock songs to convey emotions its actors can’t. The combination of overly telegraphed and polemical writing, miscasting, and overwrought music makes the whole exercise feel amateurish. And this ultimately falls on the writer-directors, Konzelman and Solomon—two men, for the record, whose previous credits include Christian dramas such as God’s Not Dead.

There is nothing wrong, on its face, with a story about someone discovering abortion doesn’t jibe with their personal politics. Look at Jason Reitman’s Juno (2007). Ellen Page plays the 16-year-old pregnant title character. After considering abortion and a clinic-visit encounter that had viewers questioning the film’s abortion politics, Juno decides to carry the pregnancy to term and give the child up for adoption. Like Johnson in Unplanned, Juno’s shift from thinking about getting an abortion to deciding that abortion isn’t right for her is key to both the narrative arc and the protagonist’s emotional journey. Juno’s skillful direction, its thoughtful use of voiceover to get us in to Juno’s head, and Page’s Oscar-nominated performance sell the film with subtlety and emotional truth.

Unplanned does not rise to that level of craft.