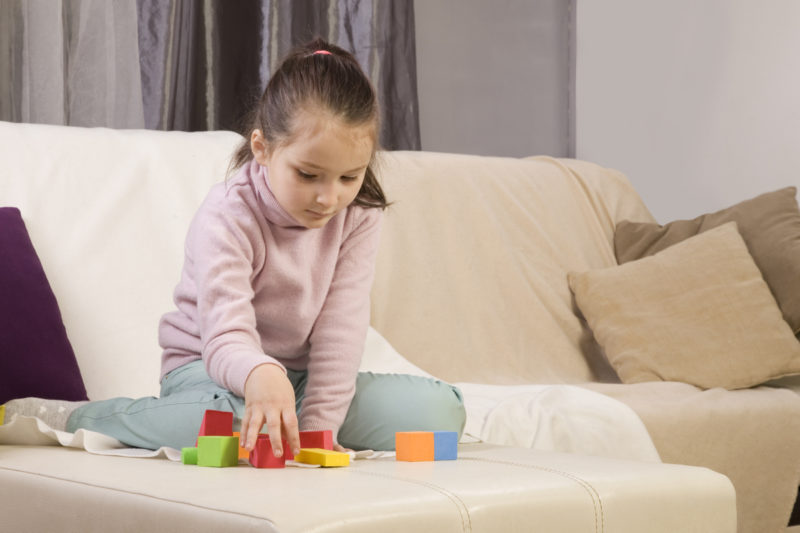 People who truly believe that autistic people are different and not less have to act on that conviction and, at the very least, speak up against family members profiting off of their ableist beliefs and our most private moments, even when it's done out of "love." Shutterstock

For years, autistic people have been in the position of having to refute the notion that any awareness of autism is better than none. In doing so, we’ve pointed to campaigns and rhetoric that have stereotyped, dehumanized, and even justified violence against us in the name of “awareness.”

Thanks to the tireless advocacy of autistic activists, open and unabashed hate of this kind has dropped off over the past decade and a half. In recent years, the widely criticized charity Autism Speaks cleaned up its rhetoric (at least on its English website) by taking steps such as eliminating explicit references to finding a cure in favor of the vague language of “solutions.” After years of pressure, it also added two autistic members to its board of directors. Meanwhile, books on autism by both autistic and neurotypical writers such as Temple Grandin, John Elder Robison, and Steve Silberman have garnered significant attention, and there has been an increase in media representation—both good and bad—of autistic people.

As a result, the word “neurodiversity” and the idea it represents—that autistic people and other people whose minds function in atypical ways are equal, not less—has gained a tenuous foothold in the public consciousness. Still, many members of the autistic advocacy community remain skeptical and wary, suspecting that the changes are superficial.

We unfortunately have good reason to side-eye what one might call Neurodiversity Lite: when neurotypical people, who either use the language of the movement in good faith or intentionally co-opt it, undermine its work by overlooking or outright contradicting its core concepts, including bodily autonomy and basic dignity. If anything, such inauthentic trappings of neurodiversity can allow charities, service providers, and caregivers to effectively disguise ableist stereotypes and harmful practices for audiences that aren’t aware of or attuned to them.

The most recent example of how this can occur played out in the context of journalist Judith Newman’s parenting memoir To Siri with Love and the controversy that followed from it. Newman’s “love letter” to her autistic son Gus has been widely praised in blurbs by Jon Stewart and reviews in national newspapers like the New York Times, who have described it in terms such as moving, funny, and honest. However, since the book was published last summer, an increasing number of autistic people have read it and found to our dismay that the more things change, the more they stay all but totally the same.

Having read it in the interest of giving it a meaningfully fair shake, I’ll give it this: It certainly wasn’t Autism Every Day, the 2006 film from Autism Speaks in which the organization’s then-vice president, Alison Tepper Singer, said on camera that the only thing stopping her from driving herself and her autistic daughter off a bridge was the fact that she also had a neurotypical child—while her daughter was standing in the room.

Instead, it seems to be an attempt to infuse the language and aesthetic of the neurodiversity movement into the typical doom-and-gloom “autism parent” narrative. The result was a 236-page contradiction, where Newman’s claims that Gus would never be capable of this, or that he exhibits that deficit because he’s autistic, were presented side-by-side with evidence of the reverse. All the while, Newman seemed apparently unaware of the dissonance.

The autistic community’s strongest objections to the book, though, were centered around passages that indicated Newman’s disrespect for her son’s control over both his own story and his body. More specifically, activists highlighted sections where she poked fun at what she imagined to be Gus’ future sexual ineptitude, and where she doubted that he’d have either the opportunity or the capacity for a meaningful romantic relationship. Most concerning, though, was her stated plan to get legal power over Gus when he turned 18 and have him undergo a vasectomy, justified by her belief that she didn’t think he could be an adequate parent. Alarmingly, at one point she discussed this plan immediately after specifically invoking the long, dark history of eugenics and forced sterilization of disabled people. She then seemed to give both herself and others who would take this drastic step a pass for being well-intentioned (paying no mind, apparently, to warnings about hell’s roadwork).

While Newman has claimed to have changed her mind on this issue in a recent interview, she doubled down in other ways that demonstrated significant disrespect for the autistic community.  Namely, she defended its content by saying that she didn’t write the book for us, but for the neurotypical people in our lives. In other words, despite decades of disabled activists insisting that there be nothing about us without us, this was yet another example of neurotypical people seeking to exclude us from conversations about our lives and our worth. She compounded this by claiming that she meant what she wrote to be humorous, invoking the widespread myth that autistic people are incapable of understanding humor. This, at best, showed her to be woefully out of touch. At worst, it was intentionally insulting.

This controversy illustrates the problems with a Neurodiversity Lite approach. Newman isn’t rehashing the most hateful words and stereotypes, which is a form of harm reduction—Katie McCarron and dozens of other autistic people might still be alive today if their families hadn’t bought into such rhetoric. But this limited progress represents at best the bare minimum. If anything, demonstrating a hollow, substance-free kind of support for neurodiversity while pushing for or engaging in some of the things we most strongly oppose undermines our work toward full inclusion and liberation for all autistic people.

I have a strong sense that neurotypical newcomers to neurodiversity want to adopt the feel-good language of the movement that gives lip service to our inherent worth and then call it a day. Like most work toward social justice, advocacy that relies on the neurodiversity framework requires challenging basic assumptions and upending entire systems, including ones that even many people in the broader autism advocacy world believe are inherently worthwhile. The full implications of the value that the neurodiversity framework places on disabled people’s autonomy, for instance, comes into direct conflict with the institution of family as it exists now—more specifically, the concept of parental rights and authority.

In the context of To Siri with Love, because Gus’ body is Gus’ alone, neither the fact that he’s autistic nor the fact that Newman is his mother can even begin to justify forced sterilization, which is one of the most egregious examples of what neurodiversity advocates oppose.  Likewise, if we believe that all people, including youth with disabilities, have dignity, then we have a duty to cultivate and practice respect for their privacy—no matter what legal, social, or biological relationship we have with them.

Therefore, people who truly believe that autistic people are different and not less have to act on that conviction and, at the very least, speak up against family members profiting off of their ableist beliefs and our most private moments, even when it’s done out of “love.” For instance, instead of restricting or monitoring people with intellectual and developmental disabilities in their romantic and sexual relationships, the approach should be to allow us to pursue them on our own terms. Meanwhile, to address the real and often disproportionate risks that disabled people face in personal relationships, our allies would do best to provide us with meaningful sex education on par with our peers, including voluntary opportunities to develop skills in areas such as setting boundaries and identifying toxic relationship dynamics.

Furthermore, a commitment to the rights and wellbeing of autistic people—whether one calls it neurodiversity or something else—comes with a high level of responsibility for the (primarily neurotypical) people with significant and lucrative platforms from which to talk about autism. If media coverage and awareness campaigns are any indication, the perspective of neurotypical parents of autistic children carries more weight than that of anyone besides possibly doctors on issues related to autism. Therefore, how prominent parent authors and advocates like Newman talk about their children will not just be given a presumption of truth, but be taken as permission for how others should treat her son and other autistic people.

No one parent is singularly responsible for the pervasive and harmful myths and practices around autism; nonetheless, because of their relative credibility, parents owe their children and the autistic community the utmost care when talking about us. In the case of To Siri with Love, Newman used her platform and our language to soften the blow of ableist ideas, some of which endanger the rights and acceptance we’ve fought hardest for. This doesn’t necessarily mean that a significant amount of people will start seeking out sterilization for their autistic loved ones. Instead, it’s more likely that this and similar narratives will subtly affect how everyone from doctors to potential romantic partners view and interact with the autistic people around them. Therefore, the claim that she’s writing first and foremost for a neurotypical audience doesn’t excuse her actions; if anything, it makes it worse.

Neurodiversity isn’t a list of words or slogans for people to use or avoid.  It’s a social justice movement, with the ultimate goal of vindicating everyone’s inherent worth—and thus their right to enjoy inclusion, freedom, and the supports that allow for both. For decades, autistic people have been in the trenches, working to end our confinement and segregation in institutional settings, to prevent schools and treatment facilities from abusing us, and to call the ethics of eliminating our community through “cures” or prenatal testing into doubt, among other goals.  This has included organizing boycotts of organizations that stigmatize or discriminate against us, advocating for state and national policies to increase access to community-based services, and publishing accounts of how the abuse many of us experienced in the name of treatment has affected us in hopes of ending it once and for all. Our guiding vision is fundamentally and categorically incompatible with support for coercive treatments like involuntary sterilization, as well as with the other beliefs and presumptions of incompetence on display in To Siri with Love.

The autistic community can only start to let our guard down and fully trust in the progress we’ve made so far once our would-be supporters have fully internalized this, and once they take their commitment to fighting with us for our self-determination, well-being, and equal worth anything but lightly.