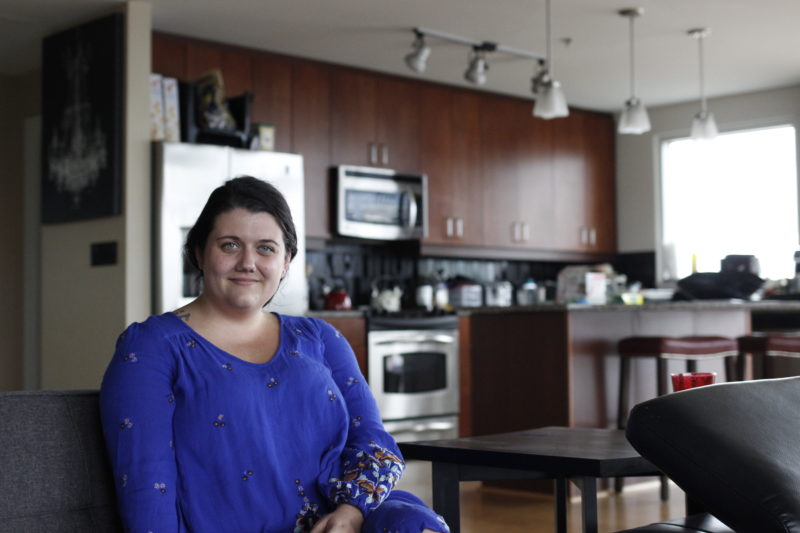 Subscribe in Apple Podcasts Subscribe in Google Play
Subscribe in Stitcher Follow us on Soundcloud
Calla Hales is the 27-year-old co-owner and lead administrator of a regional chain of abortion clinics called A Preferred Women’s Health Center (APWHC). She’s taken over the business from her parents who opened the first clinic in Raleigh in 1998. APWHC now has four clinics throughout North Carolina and Georgia.

Calla: The first real memory I have of the clinic is my mom painting the hallways in the first Raleigh office and my sister and I stealing the roll-y doctors‘ chairs and racing down the hallway—it had a ramp in it—and just smashing into the walls. That’s really the first memory I have of being in an abortion clinic.

I think I’ve always known what abortion was. I don’t remember the term becoming an issue until I was probably around 10 or 11 and someone asked what my parents did and I said, ‘Well, you know, they do women’s health. They specifically help women and families who aren’t prepared to be parents.’ That’s how I had always framed it and always heard it.

Some snide little fifth-grader was just like, ‘So you kill babies for a living?’ You don’t know how to respond to that when you’re a kid. My first instinct is, no, I don’t think that’s what my parents did or what I’m a part of. I was a kid at that point. I think that’s when it first was like, ‘OK, Mom, Dad, what’s this word mean?'”

Calla works daily at the clinic in Charlotte, North Carolina. It’s the busiest clinic in the state, both in terms of patients and anti-choice protesters. This episode explores Calla’s experience running a chain of abortion clinics at such a young age, and what it was like for her to take over her family’s business. To learn more about the protests outside the clinic, check out Rewire’s original documentary, Care in Chaos, directed by Lindsay Beyerstein and Martyna Starosta.