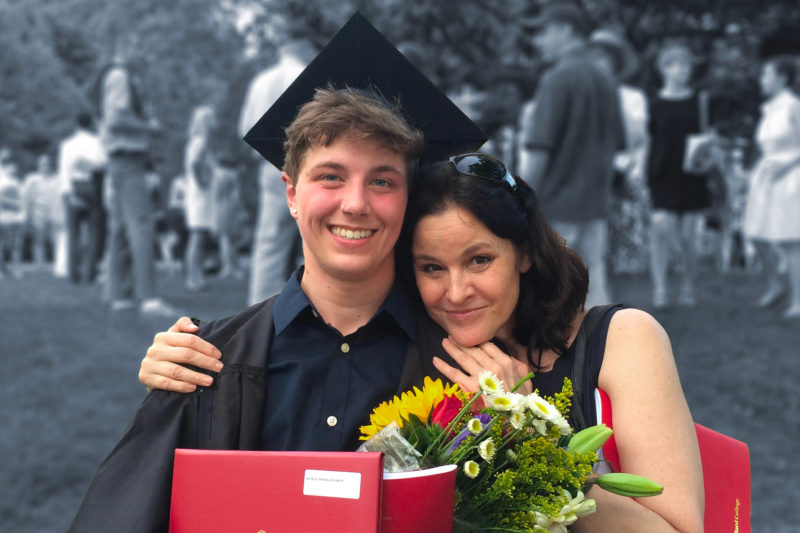 Beckett Lansbury / Used with permission
Subscribe in Apple Podcasts Subscribe in Google Play
Subscribe in Stitcher Follow us on Soundcloud
Hosts Jessica Mason Pieklo and Imani Gandy are joined by actor and activist Ally Sheedy and her son Beckett Lansbury, a Title IX activist who is also transgender. Beckett explains why asking someone for their pronouns is important, why he decided to be public about his journey, and what allies to trans people can do to make a difference. Ally discusses her experience as the parent of a child coming out as transgender and what scares her the most about life under the Trump administration.

An edited excerpt from Beckett:

It gets a little bit dicey when people are not able to self-proclaim how they would like to be introduced. In general, it’s nice to be able to have a word that refers to you and states how you see yourself and self-identify. Pronouns are something that people just usually take for granted. You never really think about it since the baby’s born. They’re a boy, then there’s no question about how are we going to refer to the child. It’s really, really nice to be able to have that power to pre-plan how you’re identified and how other people are going to see you and identify you.

But then also it’s nice to start talking about how you actually cannot just look at somebody and assume what their pronoun is. That large issue of pronouns is going right now, instead of just having people who are trans only proclaiming what their pronouns are. For example, in a college setting, a lot of the time in my undergrad it was only the trans people in the room that would say, “my pronouns are he, him, his, she, her, hers, they, them, theirs,” etcetera. But now in schools, and in different organizations and meetings, people at large are being encouraged to proclaim their pronouns just to show the variation, make it not as obvious or not make trans people feel singled out.