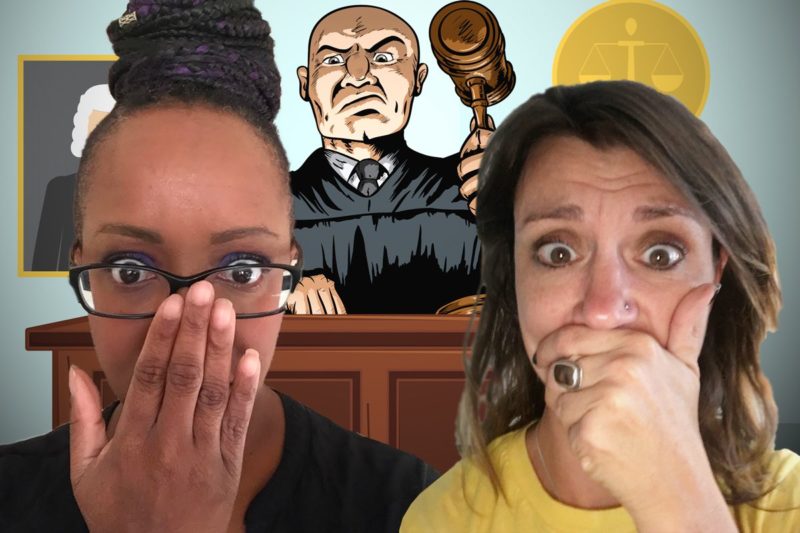 In the newest episode of Boom! Lawyered, Jessica Mason Pieklo and Imani Gandy discuss the ways in which the government can—and cannot—force you to say something. Whether you’re a doctor in a private room with a patient or a football player kneeling during the national anthem, legal precedents defining your speech rights are being debated and established all the way up to the U.S. Supreme Court. Boom! Lawyered will help you make sense of it all.

Jess: Compelled speech is speech that the government forces you to say and that it conveys a particular belief or ideology. That means in other words, the first amendment both protects your right to speak, and your right to keep your mouth shut—especially if what you’re being asked to speak represents a particular viewpoint that you don’t agree with, or that feels compelled by the government for you to speak. Commercial speech, on the other hand, is any speech that takes place in the commercial setting like, oh, I don’t know, a commercial bakery where you’re asked to bake a cake for a same-sex couple. Now generally speaking, the government can regulate commercial speech for a lot of reasons, like “truth in advertising” laws, for example. And guess what? This California law is, at its heart, a truth in advertising law, but conservatives are coming at them from a free speech angle because it’s a tougher legal standard for the government to meet—and also because claiming a religious objection to everything is all the rage these days.

Imani: All the rage.

Jess: Ideological, content-based speech usually triggers at least intermediate scrutiny. What is intermediate scrutiny, besides a question asked by nearly every con-law student in the country at some point in their law school career? It’s a subject that we tackled in Boom! Lawyered, the written series, remember? The one where we explained equal protection and the standards of scrutiny.

Imani: I remember that.

Jess: We will totally put that in the show notes. And if you’re looking for a deeper dive into the levels of judicial scrutiny, because Imani crushed that explainer; please, please, please, read it.