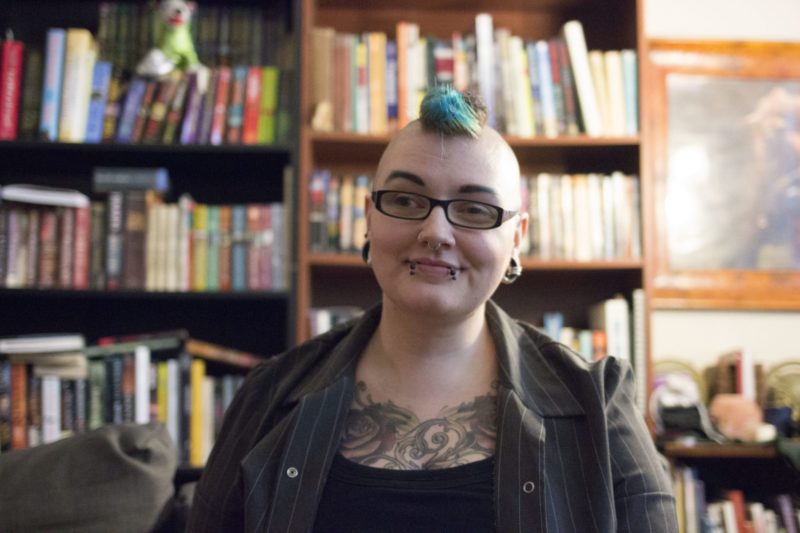 Jack RR Evans at their home in Minneapolis. Jenn Stanley/Rewire

In the second episode of season 2 of CHOICE/LESS, Jack RR Evans tells the stories of their abortion and of coming out. Jack, who is a nonbinary transgender person, experienced dysphoria during their pregnancy. Jack understood why years later, when they realized they were transgender.

Jack told Rewire that online communities helped them to discover the language to best describe their lived experience, and that the internet was a useful tool for coming out as a trans person. In fact, Jack came out to their family and friends via a comic they drew and posted on Facebook, where they describe the feeling of never being at home in their assigned gender.

Social media also played a pivotal role in Jack’s decision to discuss their abortion, particularly the Twitter campaign started by Amelia Bonow. “The reason I started speaking about my abortion publicly was because of the Shout Your Abortion hashtag,” Jack explained to Rewire.

As a trans person, my abortion saved my life. #ShoutYourAbortion