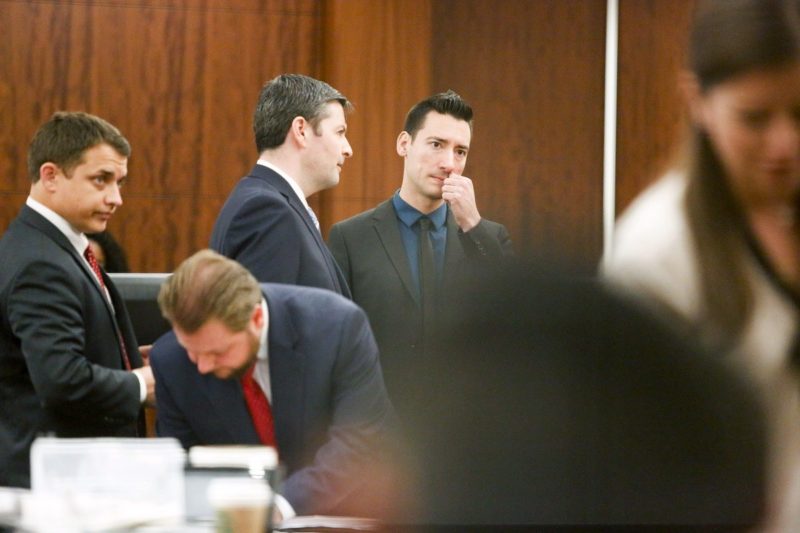 A federal judge handed Planned Parenthood a victory on Friday in its ongoing battle with the group of anti-choice activists, led by David Daleiden, behind the attack videos that were heavily edited to suggest that the reproductive health-care giant was engaged in illegally trafficking fetal tissue.

United States District Judge William Orrick ruled that Planned Parenthood could proceed with its lawsuit against Daleiden and the anti-choice front group known as the Center for Medical Progress (CMP), which helped engineer the smear campaign that began when CMP published its first deceptively edited video in July 2015.

Planned Parenthood in January 2016 filed a lawsuit against Daleiden; CMP; other defendants including Sandra Merritt, one of Daleiden’s associates; Biomax, the fake tissue procurement company Daleiden created, and Troy Newman, the radical anti-abortion activist and founder of Operation Rescue, among others. The lawsuit was later joined by several Planned Parenthood affiliates.

The lawsuit accuses Daleiden, CMP, and other defendants associated with the smear campaign of violating federal and state laws, including the Racketeer Influenced and Corrupt Organization (RICO) Act and the Federal Wiretap Act. It also accuses them of fraud, conspiracy, invasion of privacy, breach of contract, and trespass.

In response to the lawsuit, Daleiden and CMP sought to dismiss the case outright, arguing that Planned Parenthood hadn’t alleged adequate or plausible facts to support any of its 15 claims. They also argued that the case was an improper SLAPP suit, which stands for “strategic lawsuit against public participation,” designed to stifle their First Amendment speech rights, and moved to strike the entire lawsuit on that basis.

Orrick disagreed on both counts. “Defendants have raised a number of arguments that may cause the claims in this case to be narrowed after discovery,” Orrick wrote. For now, “plaintiffs have alleged sufficient facts to plausibly state their claims at this juncture,” he continued.

If history is any indication, CMP will likely fight tooth and nail to prevent Planned Parenthood from discovering facts that would answer key questions that have swirled since CMP began its smear campaign against Planned Parenthood in July 2015, including questions about how Daleiden and CMP perpetrated the operation, who was involved, who infiltrated NAF and Planned Parenthood’s private conferences, who funded the project, and who received reports on CMP’s activities.

In its legal battle with NAF in National Abortion Federation v. Center for Medical Progress, another lawsuit arising from the same allegedly fraudulent conduct, CMP stalwartly fought to keep NAF from discovering specifically the names and identities of the people involved in CMP’s smear campaign, including the names and identities of the recipients of a report that CMP distributed regarding its activities at one of the private annual meetings hosted by NAF.

Daleiden has claimed that releasing those names would violate his First Amendment right to associational privacy.

As more time passes, the victory that conservative websites envisioned—that revelations about Planned Parenthood’s black market dealings would be the organization’s undoing—seems less and less likely.

CMP has been blocked from releasing any further videos featuring footage that Daleiden and Merritt recorded when they infiltrated NAF’s meetings, thanks to a temporary restraining order Orrick issued in July 2015 followed by a preliminary injunction in February 2016. It is unclear how much footage CMP possesses that it could release unconstrained by the proscription in the preliminary injunction order, but if the last video entry on the organization’s website—dated March 1, 2016—is any indication, not much.

But over the past 14 months, neither Daleiden nor CMP have provided credible evidence that Planned Parenthood did anything wrong, and not a single investigation at either the state or federal level has produced evidence of wrongdoing.

Beth Parker, lead counsel for Planned Parenthood Affiliates of California, said she is thrilled with the ruling.

“Planned Parenthood is thrilled that Judge Orrick denied all of defendants’ numerous attacks against our complaint,” Parker said in an e-mail to Rewire.

“We can now move forward to prove our claims and hold defendants responsible for the tremendous harm they have inflicted on our medical providers and health centers,” Parker said.