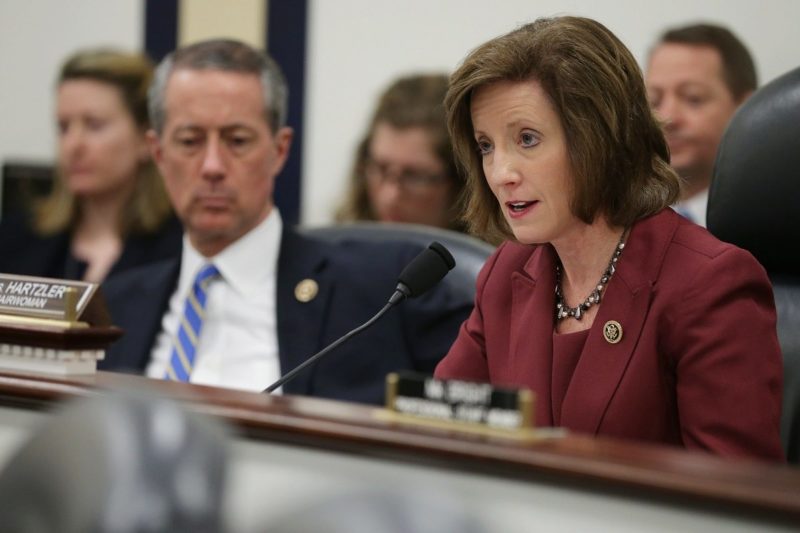 Rep. Vicky Hartzler of Missouri has said that Roe v. Wade created a “culture of death” and co-sponsored legislation to roll back access to abortion care, including multiple versions of the House’s 20-week abortion ban. Chip Somodevilla/Getty Images

On Thursday, Donald Trump’s campaign announced the members of his anti-choice advisory council, which includes several congressional representatives and the leader of the Family Research Council—an anti-LGBTQ organization classified as a hate group by the Southern Poverty Law Center (SPLC).

According to Marjorie Dannenfelser, the leader of the council and president of the anti-choice Susan B. Anthony List, this group “will communicate Mr. Trump’s pro-life commitments to people in their sphere of influence, speak out in support of the Trump-Pence ticket and, most importantly, recruit state co-chairs for the coalition who will in turn drive the campaign’s pro-life message out to each individual voter.”

In a a letter to anti-choice leaders earlier this month asking them to join the council, Trump made a series of promises to solidify his commitment to their cause, which included making permanent the Hyde Amendment’s annual ban on federal funding for most abortion care, signing a medically and scientifically dubious 20-week abortion ban into law, and defunding Planned Parenthood.

“Your help is crucial to make this contrast [between Hillary Clinton and Trump’s abortion policies] clear in the minds of pro-life voters, especially those in battleground states,” the letter told abortion opponents. “Together we can form this vital coalition so that Mike Pence and I can be advocates for the unborn and their mothers every day we are in the White House.”

Trump’s call to anti-choice advocates came after months of troubles surrounding the candidate’s position on the issue. Having once identified as “pro-choice,” Trump claimed to have evolved on his abortion stance—but many wondered whether his transformation was genuine. Trump also repeatedly stumbled when trying to articulate his opposition to abortion during his campaign.

Thursday’s announcement of the stringently anti-choice council members appears to be an attempt to leave no questions unanswered about where he stands on abortion.

And given the coalition’s membership, the prospect of the group working with Trump on reproductive health and rights issues is alarming. The roster includes some of Congress’ loudest anti-choice voices—including several members who have repeatedly pursued attempts to defund Planned Parenthood—as well as a hate group leader and others notorious for their extreme stances on abortion rights. Here are some of the coalition’s most notable members:

Tennessee Republican Rep. Marsha Blackburn has relentlessly pursued allegations levied by the anti-choice Center for Medical Progress (CMP) that Planned Parenthood profited from fetal tissue donations—as evidenced by her crusade as the chair through the Select Panel on Infant Lives, even after more than a dozen states and three congressional investigations found no evidence of wrongdoing.

In July, Rewire’s Christine Grimaldi reported that Blackburn’s panel was on track to burn through $790,000, nearly 80 percent of the House’s available supplemental budget, on her quest inspired by CMP’s discredited videos. A high-ranking GOP aide said that House Republicans expected to spend $1.2 million on the anti-choice crusade by the end of the year.

Blackburn’s panel initially failed to redact the names and contact information of fetal tissue researchers in June, aggravating a situation in which researchers had already questioned their privacy and safety.

In addition to her work on the panel, Blackburn has made her anti-choice views a cornerstone of her tenure in Congress. Her website identifies her attempts to roll back reproductive rights as a key issue, explaining that she “believes the use of taxpayer money to fund big abortion businesses like Planned Parenthood is both morally indefensible and fiscally irresponsible.”

In 2013, Rep. Franks introduced the Pain-Capable Unborn Child Protection Act, a 20-week abortion ban based on the medically and scientifically false claim that a fetus feels pain at this point in a pregnancy. In an all-male panel on the legislation, Franks once notoriously claimed that rape exceptions to the ban were unnecessary because instances of the crime resulting in pregnancy “are very low.”

But the dubious bill is hardly the only time Franks used misinformation and outright lies about abortion in an attempt to roll back access to it. Franks has also led the charge to ban so-called sex-selective and race-selective abortions as part of his work as chairman of the House Judiciary Subcommittee on the Constitution and Civil Justice, though no studies prove this is an issue in the United States and advocates say such legislation relies on harmful stereotypes about women of color.

Rep. Pitts used his position on the House Energy and Commerce Committee to pursue congressional Republicans’ “witch hunt” against Planned Parenthood in the wake of CMP’s videos and sits on Blackburn’s select panel on the issue.

In addition to signing on to a host of anti-choice measures, Pitts notoriously attempted to derail the passage of the Affordable Care Act (ACA) alongside former Rep. Bart Stupak (D-OH) by pushing for an amendment that would have prohibited the government from paying for abortion care under the health-care law, except in cases of rape, incest, or life endangerment. President Barack Obama eventually issued an executive order ensuring that federal funding would not be used for abortion care through the ACA.

Rep. Hartzler has said that Roe v. Wade created a “culture of death” and co-sponsored legislation to roll back access to abortion care, including multiple versions of the House’s 20-week abortion ban. Hartzler has said that Planned Parenthood “must be stopped,” and has co-sponsored several measures that would have defunded the organization. Hartzler also sits on Blackburn’s aforementioned select panel investigating charges related to CMP’s discredited videos.

According to Mother Jones, Hartzler backed an extreme anti-abortion measure while in the Missouri state legislature in 1999 that would have criminalized some later abortions. The Amarillo Globe-News described the legislation, which was vetoed by the state’s governor at the time, as having “threaten[ed] doctors—and for the first time ever, expectant mothers—with sentences of up to life in prison” for so-called partial-birth abortions.

As Rewire reported at the time, in a biography on Perkins documenting his extremism, the SPLC explained that the anti-LGBTQ hate group leader falsely claims he left a prior position on a reserve police force in Baton Rouge due to disagreements over an anti-choice protest. Noting a report from the Nation, the SPLC said that while in the position, Perkins had “failed to report an illegal conspiracy by anti-abortion activists” Operation Rescue during the group’s 1992 “Summer of Purpose,” while he also worked as a reporter for a conservative television station:

According to Victor Sachse, a classical record shop owner in the city who volunteered as a patient escort for the clinic, Perkins’ reporting was so consistently slanted and inflammatory that the clinic demanded his removal from its grounds.

In order to control an increasingly tense situation, the police chief had a chain-link fence erected to separate anti-abortion activists from pro-choice protesters, and he called in sheriff’s deputies and prison guards as extra forces. Perkins publicly criticized the department and the chief. Then, after learning about plans for violent tactics by anti-abortion activists to break through police lines and send waves of protesters onto the clinic’s grounds, he failed to inform his superiors on the force. As a result of his actions, Perkins was suspended from duty in 1992, and he subsequently quit the reserve force.

Ralph Reed, the founder and chairperson of the Faith & Freedom Coalition, has been an active anti-choice advocate for decades. In the 1980s, Reed regularly harassed patients at an abortion clinic and the doctor who founded it, according to Nina Easton’s Gang of Five. Though Reed’s fellow protesters claimed they didn’t interfere with patients at the clinic, a nurse at the clinic recalled the events differently.

“We always had protesters. I don’t remember it getting bad until [Reed] showed up,” one nurse said, according to Easton’s book. “It was scary—every single day.” Eventually, Reed was arrested for his role in those protests after barging into the clinic’s waiting room. Easton wrote that Reed would eventually condemn extremist anti-choice group Operation Rescue’s “clinic confrontations,” despite his own previous actions.