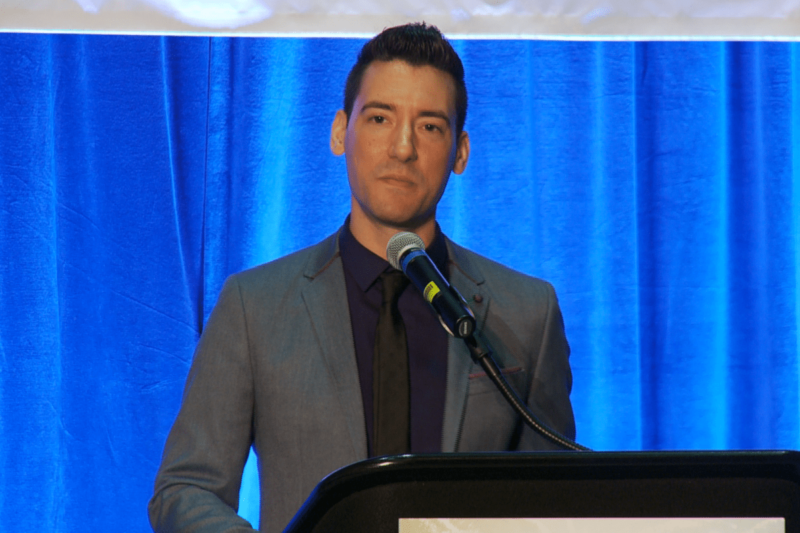 “I think it’s very clear that one year later, Planned Parenthood is on the brink, they’re on the precipice,” Daleiden said at the event, co-hosted by the Family Research Council Action and the Susan B. Anthony List. John Hamilton

David Daleiden, a year after he began releasing secretly recorded and deceptively edited videos claiming to show Planned Parenthood officials were illegally profiting from fetal tissue donation, appeared to boast about the videos’ purported impact at a luncheon during the Republican National Convention (RNC).

“I think it’s very clear that one year later, Planned Parenthood is on the brink, they’re on the precipice,” Daleiden said at the event, co-hosted by the Family Research Council Action and the Susan B. Anthony List. “Their client numbers are down by at least 10 percent, their abortion numbers are down, their revenues are down and their clinics are closing.”

Daleiden—who is under felony indictment in Texas and the subject of lawsuits in California for his actions in filming the undercover videos—touted efforts to defund Planned Parenthood by state Republican legislators and governors, who used the Center for Medical Progress (CMP) smear videos as a basis for investigations. Those defunding attempts have been blocked by federal court order in several cases.

He celebrated Planned Parenthood’s announcement that it would close two and consolidate four health centers in Indiana, an effort Planned Parenthood of Indiana and Kentucky said would “allow patients to receive affordable, quality health care with extended hours at the newly consolidated locations.” Daleiden made no mention of last month’s Supreme Court decision overturning abortion restrictions in Texas, which dealt the anti-choice movement its worst legal defeat in decades.

“One year ago now, from the release of those videos, I think it’s actually safe to say that Planned Parenthood has never been more on the defensive in their entire 100 years of history, and the pro-life movement has never been stronger,” Daleiden said.

While his tone was victorious, Daleiden appeared to avoid directly claiming credit for the supposed harm done to Planned Parenthood. In a federal racketeering lawsuit brought against Daleiden and his co-defendants, Planned Parenthood has argued that Daleiden should compensate the organization for the harm that his smear campaign caused.

Republican congressional lawmakers have held at least five hearings and as many defunding votes against Planned Parenthood in the year since the videos’ release. Not a single state or federal investigation has produced evidence of wrongdoing.