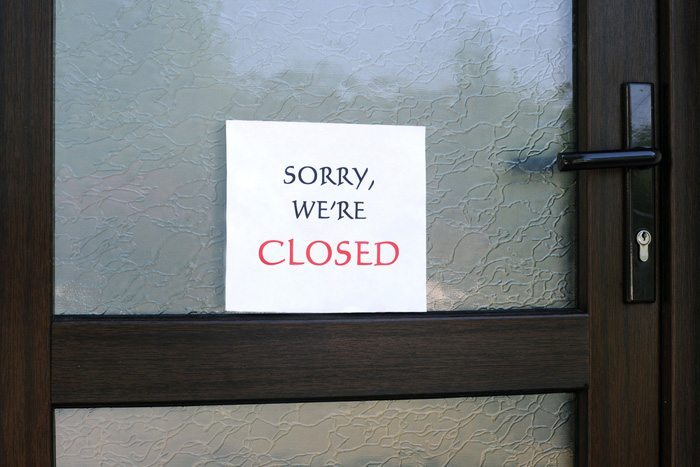 On Wednesday, the Alabama Law Enforcement Agency announced that it would be eliminating 31 driver’s license satellite offices due to an $11 million budget shortfall in state funding.

What the agency did not make known in its announcement is none of the counties in which Black people make up more than 75 percent of registered voters will have driver’s license offices any longer. These offices, according to AL.com, were operated by part-time examiners and were not state-owned. Knowing that, it’s hard not to see this decision as intentionally burdening already-burdened people.

In 2011, Alabama passed a law requiring people to present a government-issued photo ID before voting, claiming that it would prevent fraud. But in-person voter fraud, which these voter ID laws are intended to combat, is extremely rare.

In fact, the Alabama GOP has had a difficult time finding any evidence of organized voter fraud. During Alabama’s primaries last June, Alabama Republicans offered a $1,000 reward to anyone with information that led to voter fraud convictions. A statement released by the Alabama GOP after the June primaries indicated that some evidence of voter fraud had been reported. Notably, however, none of the reported violations could have been prevented by a voter ID requirement.

Nevertheless, Republicans in Alabama and other states that have a long history of disenfranchising Black voters insist that voter ID laws are not about race, but about the integrity of the election process.

And too often, conservatives make light of the fact that obtaining a voter ID can be very difficult for some people. “Getting a photo ID isn’t a big deal,” they often say.

But that’s not true. It is a big deal, especially considering the burden it places on low-income people and individuals living in rural communities. Voter ID laws are a solution to a problem that doesn’t exist.

Low-income people typically cannot afford to pay for the underlying documentation needed to get a photo ID card. Further, the process for getting a photo ID invariably involves navigating a recursive circle of hell: It often requires proof of identity, such as a birth certificate, and if you don’t have that documentation, you usually need a photo ID to apply for a reissue.

Still, the easiest way to get voter ID? Get a driver’s license.

Alabama, however, has just made that more difficult for a lot of Black folks.

AL.com columnist John Archibald explained that of the ten counties in Alabama with the highest percentage of non-white registered voters, the Alabama Law Enforcement Agency just decided to close driver’s license offices of eight of them.

“Take a look at the 10 Alabama counties with the highest percentage of non-white registered voters,” wrote Archibald. “Alabama, thanks to its budgetary insanity and inanity, just opted to close driver license bureaus in eight of them. All but Dallas and Montgomery will be closed.”

“Closed. In a state in which driver licenses or special photo IDs are a requirement for voting,” he added.

Kyle Whitmire, also writing for AL.com, pointed out that, depending upon which counties you count as being located in Alabama’s so-called Black Belt, either 12 or 15 counties won’t have anywhere within their counties that people can go to get driver’s licenses. “Black Belt” counties are those that are predominantly Black, those that are sparsely populated, and those where some of Alabama’s poorest residents live.

On its Facebook page, the Alabama American Civil Liberties Union noted that “Alabama’s decision to cut out ID services to almost all counties with a majority black population is discriminatory and wrong.”

I spoke with Susan Watson, head of the Alabama ACLU by phone, and she said that the driver’s license office closures will have a devastating impact on people of color.

“The closures will have a huge impact because the ten counties that are majority minority have closed their driver’s licenses offices,” said Watson.

And yet Secretary of State John Merrill, Alabama’s head elections official, waved off any concern that the decision to shutter offices in predominantly Black counties would lead to disenfranchisement. According to AL.com, the satellite offices managed roughly 5 percent of driver’s license transactions. Alabamans can get photo ID cards at the county Board of Registrars office, he said.

“Every county has a Board of Registrars,” said Merrill, AL.com reported.

Merrill also touted Alabama’s mobile voter ID vans, saying that by October 31 the mobile vans will have visited every county in Alabama. He also said that the mobile vans would revisit counties, if requested. “If they can’t go to the board of registrars, we’ll bring a mobile crew down there,” Merrill said.

But how many people even know that they can get a photo ID card at the registrar’s office?

“People may not know they can go to a registrar’s office,” Susan Watson told me. “I found out reading the [AL.com] article. I didn’t know that.”

Although the secretary of state published a voter ID guide in March 2014, the fact that Watson was unaware voters could obtain photo ID at the Board of Registrars office raises questions about how effective Alabama has been in getting the word out about how Alabamans can obtain the requisite identification.

Watson also doesn’t think the mobile ID vans are sufficient. “It still puts a burden on people to take time off work and research and find out when they’re going to be there,” said Watson. “They don’t exactly make it easy.”

I, for one, had some trouble finding van visit schedules online. I was only able to find one source; it looks each county was visited once, and most times the visit didn’t occur over a weekend.

In any event, irrespective of whether or not the closures will further disenfranchise marginalized groups, the closures disproportionately burden already-burdened people, according to Watson. “If there’s a board of registrars open in the county they’re in, they can go there to get a photo ID card, but they sure can’t get a driver’s license there. They’ll still have to go to another county and take time off work,” in addition to paying potential transit costs the trip might entail, Watson said.

Whether or not the driver’s license office closures will ultimately make it harder for Black folks to get voter ID remains to be seen. But for now, certainly the optics are terrible, and it calls into question the judgment of the Supreme Court, which gutted the Voting Rights Act in 2012.

In Shelby v. Holder, a lawsuit brought by a county in Alabama, ironically enough, the Supreme Court justified declaring Section 5 of the Voting Rights Act unconstitutional by claiming that voter discrimination isn’t as bad as it used to be. As evidence of this new quasi-post-racial society that we’re all supposed to be living in now, the Court cited Black elected officials like Barack Obama and historic Black voter turnout.

The Court pointed out that “things had changed dramatically.” So much so that the formula that had worked so well to stem the tide of race-based voting restrictions, which threatened to disenfranchise every Black person in states like Alabama, was no longer adequate.

“Our country has changed, and while any racial discrimination in voting is too much, Congress must ensure that the legislation it passes to remedy that problem speaks to current conditions,” Roberts wrote.

In his concurring opinion, Clarence Thomas argued that the extensive discrimination that led the court to uphold Section 5 in the past no longer exists.