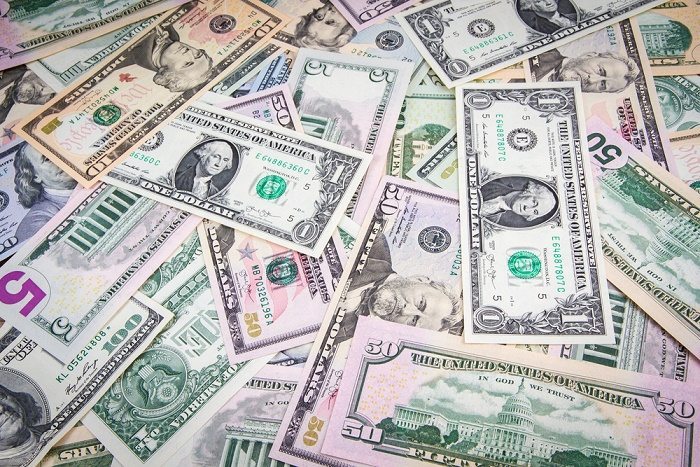 The only people profiting off the "sale" of fetal body parts are the members of the anti-choice movement, right-wing politicians, and the snake-oil salesmen and women otherwise known as GOP candidates for president. Shutterstock

It’s pretty much a given these days that no matter how untrustworthy or mendacious a group, politician, or individual, no matter their actual agenda, no matter actual facts or lack thereof, they can easily garner media coverage that in turn requires taking their claims seriously and as though they deserve merit, even when they are lying through their teeth.

Social media ensures that even the most salacious and obviously immediately suspect claims can “trend”; the desire for clicks over concerns about journalistic integrity drive even once-venerable media outlets such as the Washington Post to cover claims without inspection; and perversion of what it means to be balanced and unbiased have resulted in the public elevation of quacks into so-called experts whose opinions are sought even as they spread lies about everything from climate science to medical care. The public circus of media coverage and debate about lies that influence policy and affect real people’s lives and welfare has become all too familiar.

That circus is particularly well attended when it comes to anything and everything having to do with abortion, contraception, sex, gender, and reproduction, and certainly with Planned Parenthood. The effect is to provide fodder for right-wing chest-pounding about “life,” derail serious public debate about actual issues, and give self-important programs like Meet the Press something to discuss with faux experts so they can avoid tackling real subjects.

The newest example is in coverage of the so-called fetal body parts scandal, created by the “Center for Medical Progress,” named apparently by George Orwell, and an arm of leading anti-choice movement groups. The pattern they’ve followed is familiar and goes like this: Anti-choice group hires actors who, with camera in hand, pose as something they are not, in this case as representatives of a company interested in purchasing human tissue. The group surreptitiously tapes a conversation, the entirety of which is not clear, edits it into a shorter version (presumably on the assumption that in this environment no one will take the time to watch the actual unedited version, which in this instance is two hours long) and creates a sensationalized “gotcha” video combined with suggestions of implied wrongdoing under the law. They create an equally sensational press release. They release these like chum to the shark-infested waters of social media right-wingers, and the broader media laps it up.

In this case, the short video features a meeting between Dr. Deborah Nucatola of Planned Parenthood and actors falsely presenting themselves as representatives of a firm that buys human tissue for research, though the reason for their interest is not made exceedingly clear in the video. (Indeed one of the actors is virtually incoherent and not very good at playing their part, but I digress). The video is angled so as to present an unattractive picture of someone eating their lunch while speaking. It features Dr. Nucatola clearly answering a stream of questions—though in what order and to which questions any of her comments are tied is not clear—about the donation of fetal tissue from abortion procedures.

That these donations are requested by (gasp!) the sentient, decision-making women exercising both their rights to terminate a pregnancy for whatever their own reasons and also making decisions about (gasp!) how to put to best use the tissue that results is not mentioned. Clearly, women who are choosing this option want their tissue used for scientific research or in some way to help others. And yet this, my friends, is the scandal of the century.

The video is further spliced with deep-voice-over imagery of federal laws prohibiting the sale of human tissue for profit, implying by association that somehow Planned Parenthood is both engaged in illegal activities and is selling fetal tissue for profit, neither of which is true, but … facts? Meh.

Still, since I am a bit obsessive about facts, let me give you some that are indisputable.

One, Planned Parenthood does not sell fetal tissue for profit. Rather, labs, companies, and scientists who might be interested in said tissue pay the administrative and shipping costs.  As noted by the International Business Times:

In the video, Nucatola appears to say it cost $30 to $100 for baby organs. But that might not have been what she was really talking about. In the unedited version of the video, Nucatola was discussing the cost of “space issues” and shipping, notes Snopes, a website that debunks Internet rumors and hoaxes. However, the viral video makes it seem as if she is telling the actors — who were hired by the activist group [which made the video] — about the cost of fetal tissue.

Two, people have a right to donate their tissue, organs, and body parts for scientific research and to benefit others. Organ donation, for example, is a thing. You may have heard of it. I am an organ/tissue donor, because I know that if I die precipitously and in good health, my organs—I am tempted to say “god willing” but I’ll leave aside the religious thing just for now—may save someone’s life. In fact, a real scandal? There are not enough organ donors in the United States to even come close to saving lives that could be saved. More than 123,000 people are waiting on organ transplant lists according to the federal government, and 22 people die every day due to lack of available organs. This. Is. A. Scandal.

Women who have abortions may also feel that by donating their tissue they are helping others. And indeed doing so is pro-life! Human tissue is widely used in research, and there is not enough of it available for that either. Fetal cells have in the past contributed to such breakthroughs as development of the polio and rubella vaccines. At its peak, polio paralyzed 1,000 children a day and threatened millions of people worldwide. Saving them and preventing a resurgence of polio is what the vast majority of people might consider to be a kind of a pro-life thing.

In health care, patients sometimes want to donate tissue to scientific research that can help lead to medical breakthroughs, such as treatments and cures for serious diseases. Women at Planned Parenthood who have abortions are no different. At several of our health centers, we help patients who want to donate tissue for scientific research, and we do this just like every other high-quality health care provider does—with full, appropriate consent from patients and under the highest ethical and legal standards. There is no financial benefit for tissue donation for either the patient or for Planned Parenthood. In some instances, actual costs, such as the cost to transport tissue to leading research centers, are reimbursed, which is standard across the medical field.

“Standard across the medical field.” That means exactly how everyone else does it. That is kind of the way public health and medicine fit together for social good. And in fact, it’s all regulated. Federal and, frequently, state laws govern these activities, as well as ethical considerations. Patients provide specific consent to tissue donation. Planned Parenthood affiliates are eligible by law to receive reimbursement from tissue donation entities for the additional expenses related to tissue donation, which can vary based on individual circumstance. No individual staff member or provider receives reimbursement; any reimbursements are provided to the affiliate.

Yet while Planned Parenthood does not sell nor profit from fetal tissue, you might be interested to know more than a few snake-oil salesmen and women are indeed now profiting off the “sale” of the fake fetal tissue scandal. Many of them are the people otherwise known as GOP presidential candidates, including Sen. Ted Cruz (R-TX), former Arkansas Gov. Mike Huckabee, Louisiana Gov. Bobby Jindal (whose “pro-life” policies have resulted in a state with one of the highest rates of poverty and uninsured individuals and one of the lowest median incomes in the country), Sen. Rand Paul (R-KY) (who previously voted to defund Planned Parenthood and was among the first to get out a fundraising email to profit off the lie about fetal body parts), former Texas Gov. Rick Perry, and Californian Carly Fiorina, who can’t decide what she thinks or who she is. Presidential candidate and Wisconsin Gov. Scott Walker is now in on the party, while he simultaneously tries to ram through every piece of anti-choice legislation not yet passed by his right-wing friends in the state house.

Pleas to “investigate Planned Parenthood” and kick a few dollars their way also came out today from Americans United for Life, Students for Life, and the Family Research Council. And in a response that appears to have been perfectly choreographed (and all of this is of course choreographed), Congressman Chris Smith (R-NJ), Congresswoman Ann Wagner (R-MO), and Congressman Sean Duffy (R-WI) have all promised to launch an investigation during a press conference today. There is nothing like paying Congresspeople to bloviate for months about ways to take down the nation’s primary provider of reproductive health care.

Who is profiting off fetal body parts? The people who make false accusations and waste taxpayer money holding kangeroo court investigations into public health-care providers that have saved untold lives. Who is losing? All of us, as rather than promoting and protecting the public welfare, politicians seek to advance their own careers by creating a fearful and fact-free universe attacking public health care and medical providers.