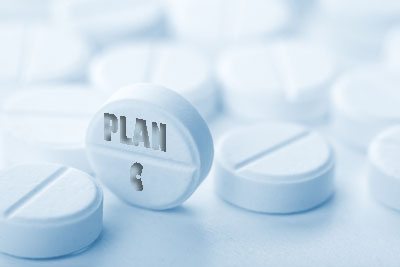 A "plan C" exists, and it should be available to all women. Shutterstock / RH Reality Check

We have seen remarkable advances in medical technology over the past 50 years, especially in the area of women’s reproductive health. Today, more women have access to tools to manage their fertility or infertility. One of the most exciting new contraceptive technologies to emerge in the past decades is Plan B, also known as the morning-after pill. The reason for all the excitement surrounding Plan B is that it gives women another opportunity to protect against pregnancy if a contraceptive method was not used—a second chance, as the name implies.

But Plan B emergency contraceptive only provides a short window of opportunity—it is most effective if taken no later than 72 hours after unprotected sex. So, in the aftermath of having unprotected sex, what is a woman to do if neither her plan A (birth control) nor her plan B (the morning-after pill) worked? What is she to do if she misses her period and she does not want to be pregnant? Wouldn’t it be great if she had a plan C—a medicine similar to these other pills that would start her period and end her anxieties?

The concept of a “plan C pill” is not as farfetched an idea as one may think. As a matter of fact, the method already exists! It is called menstrual regulation with pills. But once again, because of abortion politics in our country, women in the United States may well be the last to have access to this important option—despite the fact that menstrual regulation was conceived of here in the United States.

The history of menstrual regulation is an interesting one that spans several decades and many continents. It began in California in 1971, when a group of self-help feminists developed a technique that allowed women to safely suction out menstrual blood and tissue. Referring to it as ME (menstrual extraction), these early self-helpers advocated that women join self-help groups and practice extracting each others’ menses around the time of their expected periods. In 1972, TIME magazine described menstrual extraction in this way:

Science-fiction writers, stymied by the laws of physics, turn to such literary devices as time warps to make interstellar travel possible. Now women, physicians and population-control advocates, dismayed by most states’ strictures against abortion, have developed a procedure that offers a similar semantic solution. In a growing number of clinics and doctors’ offices, a technique called “menstrual extraction” is being used to terminate suspected pregnancies before conception has been confirmed. Therefore an abortion in fact is not an abortion officially.

While the practice did not take hold in the United States, it did in several other countries: Currently, in Cuba, where abortion is legal, a woman whose period is two weeks late is offered menstrual extraction without a pregnancy test, and in Bangladesh, menstrual regulation—using a vacuum aspirator to empty the uterus—has been widely available for decades, providing millions of women with a safe and effective option to manage their fertility.

In Bangladesh, the provision of menstrual regulation (or MR, as it is commonly referred to) was a way for the government to meet women’s health needs, all the while steering clear of the controversial abortion debate. Introduced in 1971 and defined as “the evacuation of the uterus of a woman at risk of being pregnant to ensure a state of nonpregnancy,” menstrual regulation was promoted by the new government of Bangladesh to address the needs of the hundreds of thousands of Bangladeshi women who were victims of rape during the nation’s war of independence. Since then, despite the country’s strict abortion law that allows abortions only in cases when the woman’s life is at risk, the menstrual regulation procedure is deemed legal and supported by the government if it takes place in the first trimester. Women have the procedure without taking any pregnancy test, and the providers do not inquire about pregnancy.

Historically, menstrual regulation in Bangladesh has been provided by vacuum aspiration. But in 2006 a group of nongovernmental organizations began to advocate for government approval of menstrual regulation with pills. Since then, numerous studies have shown that pills (mifepristone and misoprostol) can be used safely and effectively for menstrual regulation. A recent study carried out in urban and periurban areas in Bangladesh concluded that using pills for the evacuation of the uterus is highly acceptable to women and could increase women’s access to safe menstrual regulation services. Although this study looked at the use of the combination of mifepristone and misoprostol, mifepristone is not yet approved in Bangladesh. However, as in most other countries, including the United States, misoprostol is widely available and, while less effective when used alone, offers a safe and accessible alternative. For example, in Mexico, women often purchase misoprostol from pharmacies to effectively “bring down their periods” (bajar la regla).

Could misoprostol be accepted (and even marketed) in the United States as a drug for “menstrual regulation,” as vacuum aspiration is in Bangladesh, or to “bring on the period,” as in Mexico? That would make it a true plan C.

Women in the United States urgently need a plan C option, especially given the continued restrictions on reproductive rights such as the ones recently introduced by conservative politicians in states like Texas. Women’s health clinics are being shut down across the country, and women’s reproductive rights continue to be undermined. Given the difficulty of access to safe abortion services for many women in the United States, the introduction of a safe plan C option could greatly increase women’s autonomy and their access to safe abortion.

We can imagine many benefits to using misoprostol to “bring down the period.” First of all, it is a safe drug that is a much better alternative for women than other methods of self-induced abortions. The symptoms and side effects that come as a result of taking this medication, if they occur at all, are minor. The drug presents very few risks to a woman’s health if she chooses to use it. The biggest risk is that the medicine will not be effective, in which case she will need to seek abortion care.

Another appealing benefit is that a woman can use this plan C by herself, in the privacy of her home, without having to go to a clinic or seek professional medical attention. This allows her not only autonomy, but true confidentiality—she gets to decide whether or not to share this information and with whom. The benefits of privacy are almost as important as the benefits of safety and effectiveness for several reasons. Because the “provider” is taken out of the equation, women who do not want others to know about their situation or who fear they will be judged still have the option to take control while maintaining their privacy. Such privacy protects women from being labeled and from being stigmatized. Such privacy also allows women who live in states where abortion is very stigmatized and resources are limited to safely manage her fertility.

Finally, using misoprostol as a plan C would have the benefit of not having to label the process “an abortion.” The topic of abortion stirs up political debates that many women may not want to be at the center of. Medical technology has given women more options to take preventative action even before knowing whether or not they are actually pregnant. If a woman were to use misoprostol as a plan C, she would have the option to take the drug prior to even taking a pregnancy test. She would be taking precautions and could take the pill for menstrual regulation purposes. Not having knowledge of her pregnancy status could free her from guilt or self-stigmatization that she might otherwise face.

If the goal is to protect women’s health and make it so that women have safe and effective options to manage their fertility, then plan C—misoprostol as a menses inducer—is an essential product that needs to be introduced to the market. If the goal is to help women avoid situations where they find that they have no other choice but to seek later abortions, then they must have access to information and resources regarding all options: plan A (contraception), plan B (the morning-after pill), plan C (misoprostol to bring down a missed period), and access to safe abortion—which, by the way, can also be accomplished safely by taking misoprostol. If the goal is to give women choice and control over their own bodies, then we must combat the continued restrictions and regulations on reproductive rights and make innovative drugs such as misoprostol available.

We live in a world where the race to create new technologies pushes new products on the market at a rapid pace. Misoprostol is a proven medical technology that can give women a new, very important option in the continuum of drugs they can use to regulate fertility. But because of politics, we have not explored this plan C. Are we ready to let the women of the United States gain access to the opportunities that this technology brings?