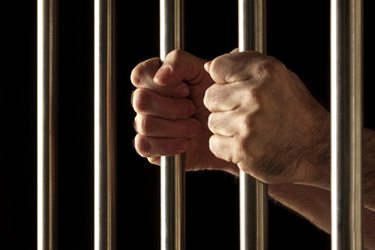 Along with the enactment of welfare reform 17 years ago this August came tougher practices in debt enforcement—which, in many cases, lands the poor behind bars. Jail via Shutterstock

The purported objective of Clinton-era welfare reform was to end poor people’s dependence on government benefits and encourage them to find work. But along with the enactment of welfare reform 17 years ago this August came tougher practices in debt enforcement—which in many cases lands the poor behind bars, leads to suspensions in drivers’ licenses, and other practices that make finding work much harder. The Clinton administration gave state and local agencies authority to engage in these practices, and while the focus of the administration was forcing parents to pay outstanding child support debt, these practices have become more commonplace in the United States for many types of debt, or legal financial obligations (LFOs).

States have seized on the authority the Clinton administration offered them, and enforcement practices in debt collection have become much harsher throughout the country, even though many who owe money are very poor. At the same time, some programs that are trying to aid poor parents in meeting their child support and other financial obligations are actually losing their federal funding. These trends reveal an unfortunate debt enforcement landscape that exacerbates current employment challenges the poor and people of color face today.

In Michigan, for example, the poor are routinely fined, arraigned, and jailed for money that they owe—such as child support arrears, fees associated with traffic violations, drug offenses, or other offenses. Michigan’s practices, akin to modern-day debtors’ prisons, have been deemed by the American Civil Liberties Union (ACLU) and other groups as particularly problematic—though they are consistent with the tone and policies set forth by the Clinton administration.

The ACLU and other advocates in Michigan are now suing to ensure that poor people with such debt do not end up in prison. Aside from the fact that imprisoning poor people for their debt is unconstitutional, part of the advocates’ argument is the troubling ramifications of such policies on debtors’ long-term employment and ability to support themselves and their families over the long term. In the case Michigan v. Bailey, plaintiff Joseph Bailey had long struggled to find work to help pay off court-ordered restitution for $14,000 he stole from a Michigan energy company, according to his attorney, Valerie Newman. (Notably, the energy company has not gone after Bailey for this money, only the local courts have chosen to enforce the judgment.) As soon as he finally found a well-paying position, he was thrown in jail.

According to an amicus brief from the Brennan Center for Justice at New York University:

“Being in prison for your debt makes it impossible to get a job and move on with your life,” said Newman, who also is an assistant defender with the Michigan State Appellate Defender’s Office. “This case is a travesty, this is such a stark example of someone who was on probation, never committed another criminal act, all he had hanging over him was the money he owed, but the judge said he had no choice but to put him in jail.”

The ACLU has documented other poor individuals whose LFOs have harmed their job prospects. In a 2010 report, In for a Penny, the ACLU chronicles workers who have been locked up due to arrears. As one worker, Reuben, noted:

You know, they give us this opportunity with a release date, you know to start a whole new chapter, with your debt to society, as far as serving time, but a lot of people get scared. For one, the economy is going bad. Two, they can’t, they know they don’t have no job lined up for them because they got their first of all, their [criminal] history. And a lot of them don’t have the work background like myself. I’ve been locked up since I’ve been sixteen. So, I definitely have the record against me and the experience. So, you have a lot of people like myself getting out, you know with debts that are more than $6000, somewhere up to the 10s, 100s, and 50 thousands, and it’s very prevalent on their minds that they will fail if they cannot find a job. And so a lot of them be stressing.

Instead of strengthening families and aiding children, policies of debt enforcement are in some cases generating poverty traps. At the same time, some programs that aim to help poor parents with arrears get back on their feet are deemed experimental and are not continuing to receive federal funding. One program in Spokane, Washington, led by the nonprofit Spokane Neighborhood Action Partners (SNAP), has spent the last two years collaborating with local child support agencies to help non-custodial parents pay off debts, find jobs, and become independent enough to support their children.

Last year, Rewire reported on the first year of SNAP’s program. But the two-year federal grant that funds SNAP’s program runs out next month, and it is unlikely that the funding will be renewed—though SNAP is trying to sustain at least parts of the program.

Terry Villalovoz, financial counselor with SNAP, says many of the 300 non-custodial parents served in the past two years have had serious problems with finding jobs if they’ve lost their drivers’ licenses or faced prison time.

“We’ve had clients who lost their licenses or been incarcerated and they can’t get jobs as a result,” Villalovoz told Rewire. “Also some jobs require that workers have a car, but if they don’t have a license they can’t do those jobs. Employers often don’t want to deal with someone with these issues.”

The debt enforcement landscape, juxtaposed with Villalovoz’s program, reveals that not enough is being done to aid those who are trapped in debt to actually realize the self-sufficiency welfare reform claimed to prize.

“Many child support departments scare my clients, and tell my clients things like, ‘I’m taking half your money or you’re going to jail!’” Villalovoz said. “But that practice just doesn’t work for people who are struggling. Instead, being an advocate for people is important.”