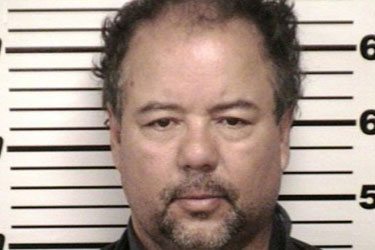 The law is clear: If Castro terminated McKnight’s pregnancies against her will, he’s guilty of aggravated murder under Ohio law. CNN / YouTube

Ariel Castro was arraigned on four counts of kidnapping and three counts of rape after three women and a six-year-old girl were rescued from his dilapidated west Cleveland home. The women told police that Castro had kidnapped them and held them captive for over a decade, subjecting them to frequent rapes and brutal beatings. DNA tests revealed that the child was Castro’s daughter, who had been born and raised in captivity.

Survivor Michelle Knight told police that Castro had impregnated her through rape on at least five occasions, and had starved and beaten her, resulting in the termination of those pregnancies. Cuyahoga County prosecutor Tim McGinty vowed to charge Castro with aggravated murder for each of those alleged forced miscarriages. He said he would consider whether to bring charges that could carry the death penalty.

Maria Russo, a spokesperson for the prosecutor’s office confirmed to Rewire that McGinty intended to bring aggravated murder charges before a grand jury. She added that if the grand jury indicted Castro, McGinty’s office would begin a process to determine whether to pursue the death penalty. She declined to elaborate on the nature of this process.

Many were surprised to learn that Castro could be facing the death penalty for inducing miscarriages, but only life in prison for imprisoning and torturing three women for a decade.

Aggravated murder is equivalent to first-degree murder or capital murder. In Ohio, aggravated murder is either premeditated murder or any murder committed in the course of a kidnapping, rape, or other major violent crime. In 1996, Ohio expanded the definition of “murder” to include the unlawful termination of a pregnancy at any stage of development, from fertilization through birth.

The law is clear: If Castro terminated McKnight’s pregnancies against her will, he’s guilty of aggravated murder under Ohio law. The question is whether the state can prove that he’s guilty beyond a reasonable doubt.

Jerome Phillips, a Toledo criminal defense attorney, says the state’s chances at trial depend entirely on the quality of its evidence. In order to convict Castro on a count of aggravated murder, the state must prove that the victim was pregnant and that Castro’s beatings caused her to miscarry. Even if Castro confessed to the beatings, and admitted that he intended to terminate the pregnancies, that wouldn’t necessarily prove that the beatings caused the miscarriages. To make up for the lack of physical evidence, the state could call expert witnesses to testify about the likely effects of starving and beating a pregnant woman, but that might not be enough to secure a conviction. The defense could call its own experts to point out that many women carry to term despite beatings and malnutrition and that many women miscarry spontaneously.

Ohio is one of 38 states with so-called fetal homicide laws. Many of these laws have language that explicitly excludes pregnant women from prosecution for terminating their own pregnancies and/or language that protects legal abortion providers who provide abortions to women seeking to terminate a pregnancy. By national standards, Ohio’s fetal homicide law is one of the more severe, in that it treats the unlawful termination of a pregnancy as homicide beginning at fertilization, and in that the punishment is the same as the murder of a born person. Some states only criminalize the termination of pregnancies either after viability or after quickening.

Criminalizing fetal homicide is not the only way to penalize violence against pregnant women. Some states, like Colorado, frame unlawful interference with a pregnancy as an attack on the pregnant woman, rather than as an offense against the fetus.

Castro’s case is unusual because he could face the death penalty for terminating a pregnancy without having killed a pregnant woman in the process. When the death penalty comes into play in fetal homicide cases, it’s usually in conjunction with the murder of a pregnant woman. Scott Peterson sits on death row in California because he killed his pregnant wife, which counted as two murders because she was eight-months pregnant. The fact that Peterson was deemed to have killed two victims at once made him eligible for death as opposed to life in prison. Jody Ard spent 11 years on South Carolina’s death row for fatally shooting his pregnant girlfriend and thereby ending her pregnancy. Ard wouldn’t have faced the death penalty for killing his girlfriend if she hadn’t been pregnant. Happily for Ard, new evidence came to light that he didn’t murder his girlfriend after all, and he was freed in 2012 after a new trial.

The prospect of a death sentence for the unlawful termination of a pregnancy raises important constitutional questions. In general, it’s considered cruel and unusual punishment and therefore a violation of the Eighth Amendment to put someone to death for anything less than murder. For example, states can’t sentence people to death for rape because a death sentence is considered to be a disproportionate punishment.

Ohio has redefined “murder” to include the unlawful termination of a pregnancy, but Ohio can only pass laws that are consistent with the U.S. Constitution as interpreted by the Supreme Court. The Supreme Court ruled in Roe v. Wade that a fetus is not a person under the 14th Amendment, and therefore does not have a right to life. Murder is punished severely because the murderer violates the victim’s right to life. One might argue that it is therefore disproportionate for Ohio to execute someone for destroying an entity that has no right life of its own. Such a case might also give anti-choice groups a long-awaited opportunity to argue that the proliferation of tough laws against unlawful terminations prove that our society values fetuses as human beings and that our interpretation of the Constitution must change accordingly.

If Castro were convicted of aggravated murder and sentenced to death, the case could spark constitutional challenges that would drag on for years. The courts would be deluged with amicus briefs from all sides the debates over abortion and the death penalty. The suffering of the victims and the crimes of the perpetrator would be eclipsed by the pitched legal battle.

It’s not clear whether Ariel Castro will ever stand trial. The 52-year-old has already confessed to enough counts of kidnapping and rape to put him behind bars for the rest of his life. Prosecutor McGinty may be holding up the death penalty as a ploy to encourage Castro to plead guilty and spare the victims the agony of a trial. Even if Castro won’t plead guilty, McGinty should pay careful attention to the wishes of the victims before proceeding with the aggravated murder charges. A capital murder trial will be a much more time-consuming and laborious endeavor than a trial on rape and kidnapping charges alone. The victims will have to testify at greater length and endure more grueling cross examination about their abuse. Even then, convictions for aggravated murder aren’t guaranteed. In his zeal for justice, McGinty should always keep the desires of the victims front-and-center.