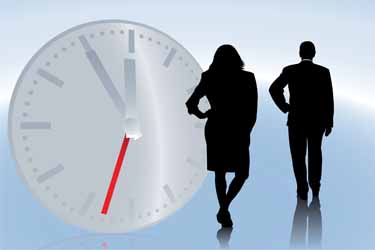 Across the country, employers are choosing to cut worker hours in order to save money and dodge requirements in the Affordable Care Act. And some workers are fighting back. working hours via Shutterstock

Workers at Juicy Couture clothing stores in New York City have recently alleged that the retailer is cutting employee hours to dodge health insurance costs resulting from the Affordable Care Act (ACA), making Juicy one of the latest employers to contribute to the “part-timeification” trend now popular in the restaurant, retail, and other sectors, a trend that disproportionately affects women. In response to this trend, employees are turning to new online tools to organize and fight for better benefits.

The Retail Action Project, which is helping organize the Juicy Couture workers, said the following in a statement:

“…employees … who work at Juicy’s flagship store have repeatedly complained that in February and March, all part-time associates’ hours were capped at 21 hours per week, and managers did not let workers know. Workers only found out [about the cap] when they asked why they had so few hours [and] asked for more. … Juicy workers qualify for paid time off only if they work 1,400 hours in one year. Part-time workers will never hit that total [working] just 21 hours/week, meaning that the vast majority of Juicy Couture’s retail workers will not ever get one single paid sick day, health insurance, or paid vacation.”

A representative from Juicy Couture told Rewire that the company has “no such policy with regard to employee hours nor have any decisions been made about how to best manage ACA requirements” and that it is “still reviewing the ACA’s impact and how to best continue to provide meaningful benefits options to our managers and associates.” However, across the country, employers are choosing to cut worker hours in order to save money and dodge requirements in the ACA. The New York Times reported late last year about the “part-time life” that an increasing number of employees are living. In retail specifically, over the past two decades, many major retailers went from 70 to 80 percent of staff members being employed full-time to 70 percent being employed part-time. Just 21 percent of part-time workers in the industry are likely to receive benefits, compared to 65 percent of full-time workers.

Against this backdrop of an employer cutting worker hours, and given that union power is at an all-time low, it’s critical to have a robust organizing infrastructure that can aid workers in negotiating with employers and changing workplace policies. Over the past several months, a fledgling online platform called Coworker.org has emerged to try to fill that gap, aiding workers who are seeking to change an employer’s policy. Unlike other online platforms like Facebook, Coworker.org is focused exclusively on organizing workers.

Juicy Couture employees are among the first three groups to create a campaign using Coworker.org.

Coworker.org’s founders, Jess Kutch and Michelle Miller, have an infrastructure-building focus in mind. Both are former union organizers who also worked on economic justice campaigns at Change.org, and they have ambitious goals.

“We realized there weren’t spaces online for workers to learn from each other. Imagine if there’s a place online where you can see every active paid maternity leave campaign in the country,” Kutch told Rewire. “We’re in very early stages of this, but as we get to scale we’re going to have awesome opportunities to connect dots for people and to link them to experienced workplace activists. This is not just about workers influencing their employers, but it’s also about being able to see what other groups of workers are doing. ”

In many ways the platform feels similar to Change.org’s petition platform, but for its exclusive focus on workers. During the process of creating a petition, the site offers workers tips, encouraging them to avoid creating petitions at work and to be sure not to use work computers so that they don’t become vulnerable to retaliation.

“There are communities online that have evolved organically that regularly talk to each other, but without organizers behind the scenes figuring out ways to grow those communities and win battles over time, you’re just going to have disparate communities never building toward something,” said Kutch, adding that she and Miller hope to engage a network of workers’ rights attorneys to assist employees who are facing retaliation.

Expanding infrastructure for workers’ rights is ultimately about addressing economic justice for women. Women are far more likely than men to work in part-time positions, according to the Bureau of Labor Statistics. The Retail Action Project, which is partnering with Coworker.org on the campaign, argue in their advocacy materials that there is “a significant gender gap in wages in an industry that employs millions of women in America, where women are less likely to receive benefits or promotions” as average and median hourly wages are significantly higher for men than women.” At Juicy’s flagship store in Manhattan, there are 71 female and 51 male employees.

Ali, a 22-year-old college student who asked that I not reveal her last name, used to work at Juicy Couture’s flagship location. She was first hired during the holiday season to work 30 to 35 hours per week. After the holiday season, her hours were cut in half, but she and her colleagues were only notified of the cuts when a new work schedule was circulated. Ali complained about the cuts in hours. She was terminated last month for tardiness.

“Being late was a legitimate reason to fire me, but it’s also possible they fired me because I was outspoken about the hours issue,” Ali told Rewire. “I spoke with every manager in the store about it.” (A representative for Juicy Couture said that “while we do not share specific details about our associates, we would not fire an employee for speaking their mind.”)

When there is strong organizing around policies like Juicy’s, dramatic change is possible: In late 2012, Darden Restaurants—the company that owns Olive Garden, Red Lobster, and a handful of other restaurants—famously cut worker hours in an effort to skirt rules about employee insurance coverage under the Affordable Care Act, but the public reacted with outrage, and Darden’s profits plunged. As the modern labor movement evolves away from arcane collective bargaining structures, attempts at innovation like Coworker.org will become an important part of the workers’ rights landscape.