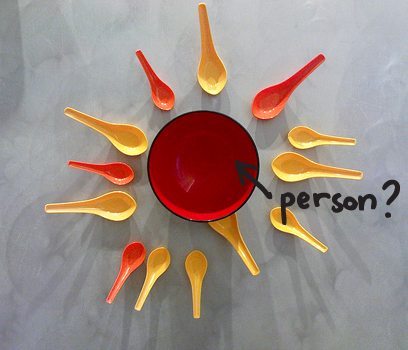 Personhood activists believe that passing state-level personhood laws will fill a legal gap identified by the U.S. Supreme Court in Roe v. Wade. In Roe, the Supreme Court expressly rejected Texas’s claim that a “fetus is a ‘person’ within the language and meaning of” the Constitution, and in so doing, pointed out inconsistencies in Texas’s argument.

The Court pointed out, for example, that no state, including Texas banned all abortions. The Court further pointed out that the exceptions to abortion bans that routinely existed in state law at the time were out of line with Texas’s argument in Roe that “a fetus is a person who is not to be deprived of life without due process of law.” In other words, Texas couldn’t point to any state law that recognized fetuses as persons. Personhood activists, therefore, seek to avoid this inconsistency by enacting laws that specifically recognize the so-called unborn as persons.

Once states confer personhood rights upon eggs, personhood activists believe that they can successfully argue for abortion bans based on newly-created civil rights for prenatal life—rights they think will provide a counterweight to the federally-protected privacy rights established in Roe v. Wade. Personhood activists and legislators will then argue that under the Constitution, the civil rights of the unborn are paramount to the privacy rights of women.

But even if states successfully pass fetal personhood bills that doesn’t necessarily mean that a fetus will suddenly be granted the same rights as a pregnant woman. Why? Because personhood activists are confused about what a “person” is, what “personhood” means, and what rights personhood status will confer upon fetuses.

First, it is important to recognize that “person” is a term of art. Colloquially speaking, when we think of “person” we think of an existing human being, which is why discussions of “corporate personhood” can be so baffling. One associates “persons” with feelings, and emotions, and activity. But as a legal matter, “person” defines the sorts of activities and entities (whether human or not) that are entitled to constitutional protection, and the type of “person” determines what types of constitutional protections are afforded. For example, in the famous case Dred Scott v. Sanford, the Supreme Court denied personhood to slaves, even though today, few would argue that slaves are not “persons” in a colloquial sense.

So what is “personhood?” It depends on whether one is talking about natural personhood or juridical personhood.

The most common (and befuddling) example is corporate personhood. From Citizens United to the ongoing birth control benefit lawsuits, whether or not corporations are persons under the Constitution and to what extent corporations may avail themselves of the various constitutional protections afforded persons is a complex issue.

It is indisputable that corporations are not alive and breathing persons, but rights traditionally viewed as reserved for natural persons or human beings have been granted to corporations, by and large to accomplish a particular goal, i.e., to protect the collective rights of the human beings (shareholders) that comprise the corporation. Consequently, granting corporations free-speech rights is not about granting a brick-and-mortar building the right to participate in the electoral process, but about allowing the shareholders that comprise the corporation a right to use their money collectively to influence elections, just as persons can use their money individually to influence elections.

Accordingly, to the extent states confer personhood status upon fetuses, fetuses will be juridical persons, not natural persons. And whatever rights are conferred, such rights will not—or at least should not—translate into a broad “right to life.”

At the outset, states cannot grant fetuses rights that infringe women’s constitutional privacy rights. That’s Supremacy Clause 101. Most importantly, however, states that legislate an interest in protecting life do so in their own interest.

Both Roe and Casey establish that states have a “important and legitimate interest in potential life.” As a constitutional matter, therefore, fetuses don’t have any rights—states do. And in the abortion context, it is the right of the state to protect potential life that is legally significant—not the right of the fetus to grow from juridical personhood to natural personhood.

Personhood activists seem to be confused on this point. They believe that when states grant personhood rights to fetuses, those rights immediately take on constitutional importance at the federal level, such that fetuses are automatically granted the same constitutional rights to which natural persons are entitled. Those rights can then act as a counterweight to the federal privacy rights afforded to women by Roe v. Wade and, ultimately, be deemed paramount to those rights—or, at least, that’s what personhood activists think. But they are incorrect.

For example, in a paper entitled “Personhood: A Path to Victory,” Gualberto Garcia Jones J.D. notes (in all caps, no less):

STATES POSSESS THE RIGHTS TO ENACT CONSTITUTIONS WITH RIGHTS THAT ARE MORE EXPANSIVE THAN THOSE THAT ARE CONTAINED IN THE FEDERAL CONSTITUTION.

Jones goes on to argue,

Itʼs a well established principle of law that states possess the rights to enact constitutions with rights that are more expansive than those that are contained in the federal constitution.

By adopting an expansive definition of the word person, which would include protection of the preborn, the states would be issuing a direct challenge to Roe v. Wade, which interpreted the 14th amendment to say that the right to privacy included a right to abortion which the states could not infringe upon. In deciding [a case arising from a conflict between state personhood laws and Roe v. Wade], the Court might very well find that the right to an abortion is nowhere to be found in the 14th amendment and that the states may regulate it as they wish.

Actually, no—the Court would likely do no such thing. The Supreme Court did not predicate abortion rights on an explicit right to abortion in the text of the Constitution, but rather on the penumbra of rights implicit in the Fourteenth Amendment.  It is highly unlikely that the Supreme Court would vitiate Roe v. Wade, hold that there is no federal right to privacy for women, thus leaving women’s reproductive rights to the whims of the state.

Similarly, in an article entitled “The Personhood Strategy: A State’s Prerogative to Take Back Abortion Law,” Rita M. Dunaway asserts,

By enacting a statute or constitutional amendment specifically recognizing unborn children as human beings and clarifying that all human beings within the state are possessed of fundamental rights under the state‟s laws, states can provide unborn children with a source of fundamental rights independent from the Supreme Court‟s interpretation of the Fourteenth Amendment.

The bottom line is this: even if states were to enact fetal personhood laws, states would simply be clarifying their interest in protecting potential life, not creating a fetal right to life. Under Roe, the only right that could trump a woman’s right to privacy is a state’s compelling interest in potential life, not some right to actual life held by the fetus itself. And, as Justice Kennedy explained in Gonzales v. Carhart, (citing Planned Parenthood v. Casey, which held that states may not impose an undue burden on a woman’s right to abortion), a balance must be struck between a woman’s right to abortion and a state’s right to “express profound respect for the life of the unborn.” This suggests that personhood activists will have a difficult time convincing the Court that the rights of the unborn are paramount to a woman’s constitutional right to privacy.