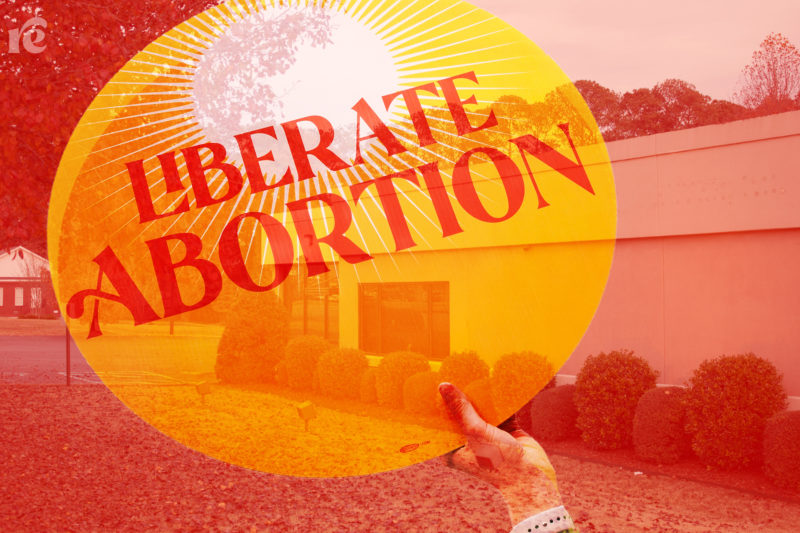 Some indie clinics in states that have banned or are expected to ban abortion say they won't be able to stay open without help. Shutterstock/Unsplash/Rewire News Group illustration

Less than three months into this post-Roe world, each week brings news of more abortion clinics shutting down and moving away from the states that have banned or are expected to ban abortion. Most recently, all three of Louisiana’s remaining clinics announced plans to move out of the state; in Ohio, Women’s Med Center near Dayton is expected to end abortion care by Thursday and is expected to close by October.

But some independent clinics in states that have banned or are expected to ban abortion are fighting to stay open in an attempt to ensure that the end of legal abortion doesn’t mean the end of access to contraception, obstetric and gynecological care, and miscarriage management, especially in rural and other underserved areas.

However, these clinics say they’re in desperate need of more support. Without help, they won’t be able to keep their doors open.

‘People have tuned out’ in the South

West Alabama Women’s Center relaunched as a nonprofit reproductive health center in the wake of the Supreme Court’s decision in late June in Dobbs v. Jackson Women’s Health Organization that overturned the constitutional right to abortion. Previously, 95 percent of its patients were terminating pregnancies; now, its mission is to provide comprehensive contraceptive access as well as prenatal care, treatment for pregnancy complications, and other general health care.

In the week following the Court’s decision, West Alabama Women’s Center raised approximately $180,000, according to Robin Marty, the director of operations. The bulk of that money went toward helping over 100 patients who had already completed their first of two abortion appointments to travel out of state to continue their care, Marty said; $40,000 went toward paying the clinic’s malpractice insurance for next year, and much of the rest was invested in emergency contraception, which West Alabama Women’s Center offers on a pay-what-you-can basis. But since the initial fundraising windfall, contributions have slowed to a trickle.

“We are almost two months post-Dobbs, and it appears that people have already decided that the South isn’t worth it,” Marty said in mid-August. “Not worth the effort, the money—any of it.”

Marty acknowledged that the volatile legal environment in many Southern states, which has led clinics in some states to open and close again several times, has likely contributed to the fundraising slowdown.

“There are so many crises that people have tuned out,” Marty said. She said she understands why many clinics are choosing to relocate but pointed out that even with more clinics in legal states, “there will never be enough money to help everyone travel out of state.” People living in Alabama and other states that ban abortion need contraception, and they need medical providers who won’t turn them away if they need follow-up care for pregnancy complications or after self-managing an abortion.

“Everybody says all of that is so important, but nobody wants to do anything to support it,” Marty said.

A key obstacle for West Alabama Women’s Center at this point is that the clinic can’t yet accept Medicaid—also a necessary step toward getting credentialed with private insurers—despite working toward getting state approval for the last seven months. Without that source of revenue, the clinic will be forced to close.

“We’re doing what we can to survive,” said Marty, who added that the clinic is making every effort to continue paying its staff, which mostly consists of Black women who are heads of their households. “I think we can make it to the end of the year, but if we do, that will be every single cent we have.”

“It was heartbreaking,” she said, beginning to cry.

Elsewhere, some clinics are facing similar circumstances even before abortion has been banned completely. At Preterm in Cleveland, Ohio, finance director Aimee Maple said the clinic is seeing about 50 percent to 60 percent of its usual volume of patients. On the one hand, this is impressive given the fact that Ohio has a six-week abortion ban in effect and a 24-hour mandatory delay.

Before Roe was overturned, Preterm performed abortions up until 21 weeks and six days. The fact that the clinic is still seeing as many patients as they are is a testament to how hard staff are working. Maple said they’ve adjusted their hours so patients can come in early one one day for their first appointment, and later the following day, so that the 24-hour period will have passed and they can complete the process in just two days. However, half the normal volume means less revenue for the clinic, and Preterm has been forced to lay off some staff.

While Preterm is still figuring out exactly what its services will look like in the (likely) event Ohio lawmakers ban abortion entirely, the clinic will remain open.

“We’ve been here nearly 50 years,” Maple said. “We have no plans of going anywhere. Our patients aren’t going to stop calling us. They still need us for lots of things.”

On the day of the Court’s decision, for example, Maple said the clinic fielded dozens of calls from people in the community who were just looking for information.

Asked what type of support Preterm most needs at the moment, Maple answered quickly: “Money.”

‘Abortion providers can’t do it all by ourselves’

In Arizona, abortion is technically still legal, but Dr. DeShawn Taylor has struggled to keep her practice, Desert Star Family Planning, which is one of a handful in the country owned by a Black doctor, afloat.

She was already understaffed because of her COVID-19 vaccine mandate for employees, she said, and given the expectation that abortion would be banned in Arizona, many staff members left due to concerns about their job security. By the time the Supreme Court overturned Roe in June, staff had dwindled to Taylor, a receptionist, and a nurse.

After the decision, there was significant confusion in Arizona about whether the state’s pre-Roe ban could be enforced, and abortion providers were also concerned about a 2021 fetal “personhood” law that would make it a crime to perform abortions for a “genetic abnormality” and empower civilians to sue abortion providers for violating the law. Initially, most clinics in Arizona stopped providing abortion services. But Taylor said that after a federal judge blocked the “personhood” law on July 11, she felt comfortable resuming. However, her nurse did not.

With the help of her receptionist and volunteers, Taylor was able to resume providing medication abortions only and also ramped up other services, including general gynecologic care and gender-affirming care, as much as possible, but financially, that first month was a struggle.

The experience is also taking a deep emotional toll on Taylor, and on every other abortion provider I’ve spoken with recently.

“When I realized I had only provided five abortions in July, I cried,” she said. Though Taylor managed to increase the number of medication abortions she provided in August, she isn’t satisfied.

“My hands are being tied because I don’t have any help in the clinic,” Taylor said. “There’s all this righteous indignation, but where are the people who will come into the clinic and help us make sure we can give abortions while we can still do it?”

While abortion remains legal in Arizona for now, Taylor does expect that will change. And when it does, she wants to be there to continue caring for patients who may not get the help they need in an emergency room.

“It’s so important for independent clinics especially to remain, because we provide miscarriage management,” Taylor said. “In the nine years I’ve had my practice here, I have increasingly been managing miscarriages, and increasingly diagnosing and managing ectopic pregnancies that were missed. Thankfully, those patients wanted an abortion and ended up in my clinic.”

Increasingly, Taylor suspects that patients experiencing these pregnancy complications receive substandard care due not to ideology but to lack of training, a problem likely to grow worse in an increasingly restrictive environment.

“I don’t need to be called a hero. I need help,” she said. “There is this disconnect, where everybody wants abortion seekers to get their abortions. And I want that, too. But abortion providers can’t do it all by ourselves. I tried. It’s not sustainable. I’m a human being too. I feel that my humanity is being disregarded.”