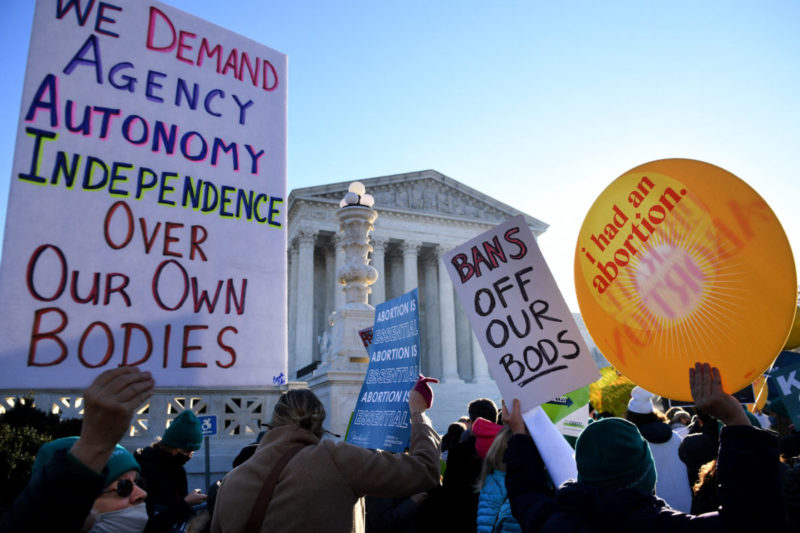 "No judge, guardian, or politician should have the right to take away anyone’s fundamental right to decide whether to have children," Ma’ayan Anafi, National Women's Law Center's senior counsel of health equity and justice, said. Olivier Douliery/AFP via Getty Images

More than 30 states explicitly allow the forced sterilization of disabled people, and more than a dozen states allow it on disabled children, according to the report.

“Forced sterilization laws are not an aberration—they are part of a larger, horrifying system that prevents disabled people from making basic decisions about their lives, their families, and their futures,” Ma’ayan Anafi, NWLC senior counsel of health equity and justice and the report’s author, said in a news release.

“These laws are part of a long history of state-sanctioned sterilizations, and are rooted in false, paternalistic assumptions about disabled people. No judge, guardian, or politician should have the right to take away anyone’s fundamental right to decide whether to have children. It’s long overdue to fully transform this ruthless system.”

According to the report:

Throughout U.S. history, disabled Black, Native, Mexican/Chicanx, Japanese, and Borikén/Puerto Rican people with uteruses have disproportionately been forcibly sterilized. The report also found that these laws mostly cause harm to people with developmental and intellectual disabilities and/or disabilities related to mental health.

The study was written in Plain Language, a style that is more accessible for many people, with help from the Autistic Women & Nonbinary Network.

“Everyone should have the right to decide if they want to have children or not,” said Sharon daVanport, AWN’s founding executive director. “Disabled people deserve to have accurate information about sex and reproductive health, and we deserve laws that protect our right to make decisions for ourselves.”

How is this happening? For one thing, the Supreme Court said it could in the 1927 decision in Buck v. Bell. And it has never revisited that decision. As Namrata Verghese wrote for Rewire News Group:

While Buck v. Bell has been widely denounced as part of the “anticanon” of Supreme Court decisions, it has never been overturned. It reflects and reifies the aims of the eugenics project in the United States, a movement that gained traction in the early 1900s as a way of “cleansing” society of “undesirable” people and resulted in the forced sterilization of over 70,000 people.

People with disabilities have a right to reproductive autonomy. This includes:

As the NWLC report concludes: