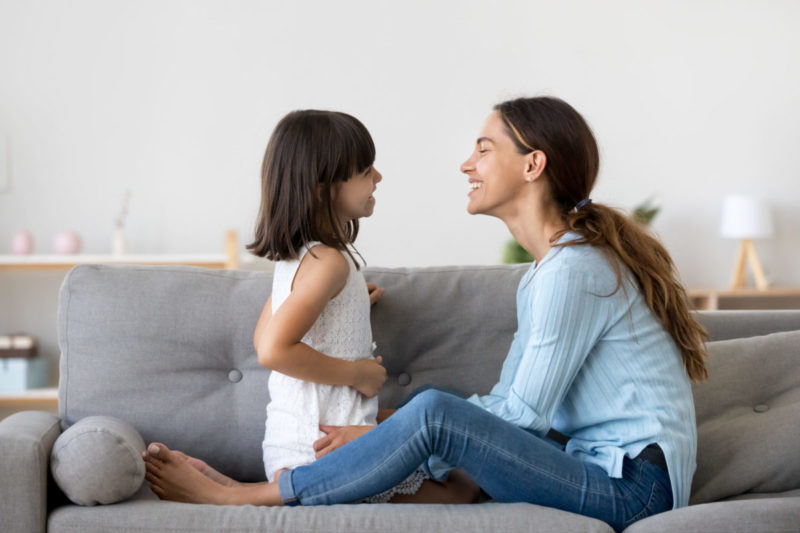 It's a common fear that teaching kids about sexuality before they're cognitively ready is tantamount to inviting them to engage in sexual behaviors. I assure you that this is not true. Shutterstock

You’ve likely seen the headlines: Adolescents Receiving Less Sex Ed Than 25 Years Ago. Teens Not Receiving Enough Sex Education. Adolescents Doomed Because Sex Ed Is So Darn Underwhelming. (That last one is mine. It represents the thoughts screaming through my head.)

Just this past November, researchers published a paper in the Journal of Adolescent Health that compared changes in sex ed based upon the data from the 2011-2015 and 2015-2019 National Survey of Family Growth. They found that only about half of the adolescents represented in the surveys received sex education that meets the minimum standard set in current national goals, many not even receiving lessons on sexuality until after they’ve already had sex.

On top of that, young people today are less likely to receive instruction on key sex education topics like birth control and consent than they were 25 years ago.

And for a society that purports to embrace diversity and inclusivity, our health education curricula don’t reflect that. Even now, many sex ed lessons still center heterosexual relationships, use illustrations of primarily white and able-bodied folks, and pathologize queer identities and behaviors (or exclude them entirely).

We need sex ed standards that put our children first

There are several things preventing our kids from getting the sex education they need. Uneven legislation, yes. But also, a lack of federal funding for comprehensive sexuality education. Fear and misunderstanding around what knowledge and information about sexuality will do for our kids. And a culture that increasingly seeks to police our bodies.

And then there are the sex education standards that seem to directly contradict each other. In a recent commentary in the Journal of Adolescent Health, pediatric and public health experts contrast two sets of sex ed standards: the Medical Institute for Sexual Health’s recently revised K-12 Standards for Optimal Sexual Development and the National Sex Education Standards (NSES). The authors point out that the Medical Institute for Sexual Health (MISH) has long supported abstinence-only approaches, and they were unsurprised to find that the institute’s K-12 standards still failed to adequately promote sex education that is science-based, medically accurate, and developmentally appropriate. The NSES, on the other hand, was developed by sex education organizations and health professionals.

In their article, the authors provide a chart that compares the glossaries from both sets of standards, from “ableism” (not included in the MISH standards) all the way to “wholeness” (not included in the NSES). Topics that do not appear in the MISH standards, but which do appear in the NSES, include “sexual orientation and gender identity; social determinants of health such as poverty, racism, and other forms of discrimination; disabilities; reproductive justice; prevention of HIV infection using PrEP therapy; and adolescent health care issues such as adolescent rights and minor consent laws.” Meanwhile, the MISH standards make space for entries on discipline, marriage, infatuation, and love, which do not appear in the NSES.

Other clues that MISH’s standards were produced by proponents of “sexual risk avoidance” (SRA, the shiny new term for abstinence-focused education) include a focus on the limitations of contraception and the presentation of marriage (and abstinence until marriage) as the expected goal for adolescent relationships. Premarital and extramarital sex, meanwhile, are characterized as dangerous to adolescents’ physical and mental health.

Then there is the question of what is and is not age-appropriate. It’s a common fear that teaching kids about sexuality before they’re cognitively ready is tantamount to inviting them to engage in sexual behaviors. A line in the MISH standards emphasizes that “cognitive maturity is not fully reached until the late 20s.”

I assure you that this is not true. I’ve talked to my child about reproduction, consent, and all manner of other sexuality-related topics, and she still thinks kissing is gross. If that evidence isn’t sufficient, you should also know that research on cognitive development suggests that the ability to participate in guided decision-making develops in early adolescence. In fact, as the Journal of Adolescent Health commentary says, “adolescents can and do make wise choices when guided by teachers who understand, respect, and nurture young people’s decision-making capacities.”

More and more often, I see these disinformation campaigns succeed. And when they do, it’s our kids who miss out.

Research shows comprehensive sexuality education not only reduces the number of unintended pregnancies and sexually transmitted infections (STIs), but also reduces bullying and sexual abuse, increases one’s ability to consent (or not) to sex, promotes healthy relationships, and more.

That’s the life I want for my child. The one where she gets to make smart choices about her relationships and her body based upon a strong foundation of evidence-informed knowledge.

We live in an era in which educators across the country are routinely attacked for providing students with more diverse lesson plans and educational materials. It seems that just about every day, I see a new article about a different town that has suspended a teacher or taken a librarian to task for making diverse books available to their students and patrons. Just about every week, I read about a Board of Education meeting that has gone south due to conversations on “critical race theory” and “pornography.”

One of the more recent articles, which appeared in the New York Times, highlights a new Texas law that regulates how teachers can approach lessons on race and gender. In light of this law, folks are preemptively pulling possibly problematic titles from their shelves.

This chilling effect is spreading across the United States, with educators pressured to provide less information not more.

As the mother of a 7-year-old, I find the trend dismaying. How can my child make smart, safe, healthy decisions around the way she lives her life if there are those who conspire to keep her in the dark?

I feel grateful for those organizations who continue to push for greater openness and inclusivity, in our classrooms and in the larger conversations we have within our communities.

I hope that more of us begin to step up and support them.