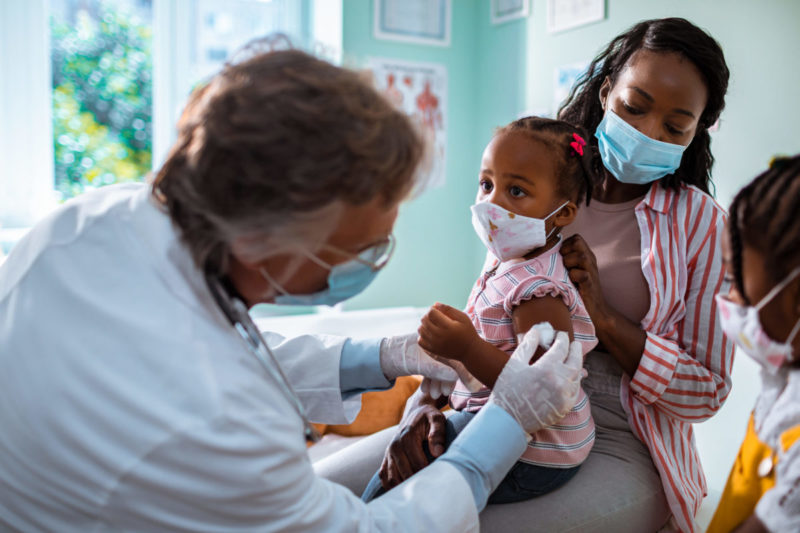 "All health care, I want to be very clear, is a pocketbook issue for Mississippians," Cassandra Welchlin, executive director of the Mississippi Black Women's Roundtable, said. "Particularly for Black women, it has direct impacts on our financial and economic security.” Getty Images

As the Supreme Court hears its first gestational abortion ban case since Roe v. Wade, advocates and experts on the ground in Mississippi are pushing back against the narrative that all is well in the state for women and children.

In her brief filed with the Court, Attorney General Lynn Fitch painted a rosy picture of health and economic well-being in the Magnolia State, saying, “The march of progress has left Roe and Casey behind.”

Fitch specifies improved contraception access as a development negating the need for abortion access. But, the state has one of the lowest rates of contraception use among women. Almost half of pregnancies in Mississippi are unplanned, more than in any other states.

And pregnancies don’t go well for many Mississippians. The state has one of the highest maternal mortality rates in the nation, with 33 deaths for every 100,000 births—nearly double the U.S. average of 17. It has the highest infant mortality in the nation, with 9 deaths per 1,000 births. A new March of Dimes report gave Mississippi an “F” grade for maternal health—one of just six states to rank so low—noting that the state has the highest rate of premature births, which can cause low birth weight and contribute to infant mortality.

“Health is not one dimensional and women are not a monolith,” said Nakeitra Burse, CEO and founder of Six Dimensions, a Mississippi-based public health organization that specializes in maternal health solutions. Her recent research and interventions focus on increasing doula support and capacity across Mississippi.

“Doulas add an additional layer of support and advocacy for families,” she said, noting that lack of support and advocacy in the exam and delivery room can snowball into poor outcomes. “But, still access to doulas needs to be expanded. Doulas have often been looked at as a luxury service, but the data shows how they can significantly impact maternal health outcomes.”

Studies show doula access improves not only maternal, but infant outcomes as well.

Though it’s improved across the state over the last decade, some of the most populated counties in the state are seeing rising rates of infant mortality, including Forrest, Oktibbeha, Pike, and Alcorn counties.

Why is Mississippi so dangerous for pregnant people? New data echoes what advocates have been pointing to for years: The risk in most of Mississippi is high across multiple factors, and these collide to create risky pregnancies across the board. It’s brought on by general lack of access to health care, and worsened by socioeconomic factors, such as high rates of poverty, which can cycle generationally.

Mississippi, Louisiana, and Alabama are the only states where almost every county has a “very high” or “high” risk for maternal vulnerability, according to the new data from Surgo Ventures. All three states only have one (Alabama) or two counties (Mississippi and Louisiana) with “moderate” risk, and no counties where the risk is low. Together, these states are the riskiest places to be pregnant and give birth.

The new data forms a maternal vulnerability index for every U.S. county based on six risk factors: access to reproductive health care, including family planning and abortion; physical health, like rate of obesity; mental health; access and affordability of health care, including insurance rates and Medicaid expansion status; environmental factors, like pollution and access to transportation and housing; and socioeconomic determinants, including poverty and education rates.

Mississippi is the only state to have four counties among the ten with highest risk. The risk, like most social determinants of health, is clustered. As a region where many folks cross state lines for health care, the Deep South has the highest risk across the board. One in five Southerners of reproductive age live in counties where they are at “very high” risk of death or poor outcomes if they give birth.

But it doesn’t have to be this way, experts say, even—or perhaps especially—in a state with poor maternal health outcomes. Progress in a few key areas could start to reverse trends.

When it comes to socioeconomics, reproductive health-care access is intertwined. Mississippi is the only state in the United States without an equal pay statute.

March of Dimes points to several policy solutions that would make big inroads: doula legislation, midwifery support, and Medicaid expansion for all low-income folks and extension for pregnant people beyond two months postpartum.

“Mississippi is so rural and those folks don’t have access to clinics where they can go and just get the basic care that they need in order to be whole and healed,” she said on a recent press call. “If the state of Mississippi and our decision-makers expanded Medicaid, we’ll be able to have a robust health-care infrastructure across the state where people can’t access contraceptive care and even just take care of a woman who is pregnant.”

Across the country, family planning clinic visits funded by the federal Title X program plummeted in 2020. In Mississippi, 2021 brought a further wave of cuts as health department county clinics shuttered while limited staff were sent to run vaccination clinics.

Folks with low incomes rely on family planning clinics to get birth control, checkups, and screenings. Some states shifted care to telehealth amid pandemic-related cuts. Mississippi officials say they expanded telehealth for reproductive health care during the pandemic, but calls to dozens of county health department clinics revealed that most federally funded state clinics do not offer telehealth for family planning.

“All health care, I want to be very clear, is a pocketbook issue for Mississippians,” Welchlin said. “Particularly for Black women, it has direct impacts on our financial and economic security.”

Pay equity has long been at the forefront of Mississippi advocates’ and researchers’ work.

The state has the lowest average household income, but the third-highest rate of breadwinning mothers, behind only Delaware and New Mexico. This doesn’t surprise advocates who see the connection between the two: Women (especially Black women) are paid less, and so when they make up a bigger share of the workforce, the whole state sinks in pay equity.

Mississippi also has the most Black women in the workforce, but their wages are much lower.

“With Mississippi being the only state without an equal pay law, women throughout the state are already underpaid,” Welchlin said. “We can’t afford the future oppression of an abortion ban, especially in a state that has continually shown its lack of interest in the well-being of children by rejecting policies that will help improve their quality of lives and their families.”

A June report looks at some of the policies that keep Mississippi children behind. Dovetailing with the annual Kids Count report, which reliably ranks Mississippi 50th for child well-being, the Children’s Foundation of Mississippi released a more hopeful companion report that targets specific policies the state could implement to improve children’s and families’ outcomes. Dubbed the “Blueprint,” as a sort of GPS toward childhood equity, the report zeros in on particular economic policies that could help working families.

Mississippi is one of 18 states that doesn’t offer an Earned Income Tax Credit (EITC)— basically a rebate on taxes for families under a certain income threshold—to match the federal government’s.

“This is for working families, and of the working families that are low income, more than one in four of these families have children,” said Linda Southward, executive director of Children’s Foundation of Mississippi. “So it’s a poverty reduction strategy that’s been successful in other states.”

Research shows that families headed by single mothers—like the 55 percent of Mississippi families, the most of any state—see twice the anti-poverty effect of the EITC, “indicating that families with possibly the most need can reap the most benefit,” according to the Children’s Foundation report.

States that have a more generous refundable EITC see a greater reduction in low birth weights, which could improve the state’s infant mortality rate.

“Systems and policies have been designed for the purpose of oppressing Black women, meaning that we are disproportionately impacted by every attack on our health, economic security, and social equity because we’re more likely to face food insecurity and eviction, especially amid the pandemic, incarceration, and a lack of access to contraception and sex education,” she said.

Too, due to lacking sex ed and contraceptive access, Mississippi’s unplanned and teen pregnancies are among the highest in the nation. And access to child care is out of reach for many Mississippians.

“Mississippians have a right to have full control over their own body and to be treated with compassion when making informed medical decisions. We are capable of making the best decisions for ourselves and our families and do not need politicians interfering in … our reproductive choices,” Welchlin said. “Leaders have a responsibility to ensure the freedom and autonomy of Mississippians to make decisions about their own lives, including whether or not to start or grow a family.”