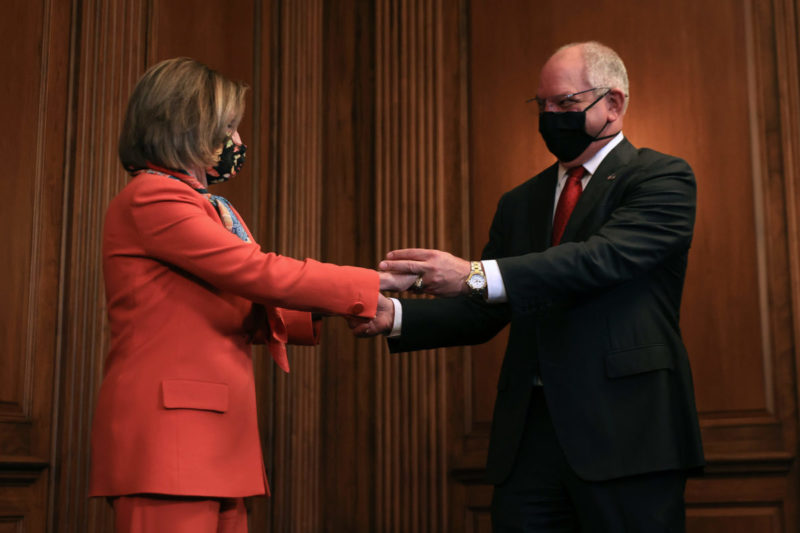 Louisiana Gov. John Bel Edwards—a Democrat—signed three new abortion restrictions into place in the last month, proving that Democrats love unnecessarily restricting access to a common and safe medical procedure just as much as Republicans do.

This is a dangerous lie. Health experts and leading medical organizations oppose laws like this for that very reason. Even Edwards’ own health department opposed the law, with the state’s top health officer pointing out the safety concerns.

The second law, HB 357, amends Louisiana’s parental involvement statute and forces minors seeking an abortion to go through the judicial bypass process in a court in their hometown. This is bad, particularly for young people who live in small towns.

The judicial bypass process is a way minors can avoid getting parental consent for an abortion. (Louisiana, like a majority of states, forces a minor who’s seeking an abortion to get a parent’s consent.) Instead, they can go to court and convince a judge they’re “mature enough” for an abortion.

Before this new law, young people seeking a judicial bypass in Louisiana had options: they could either go to the court where they live or the court where the abortion would be performed—since there are so few clinics providing abortions, that can be hundreds of miles away from the minor’s hometown. Now they can only go to court in their home jurisdiction.

This restriction increases the danger that the young person will run into someone they know in court—a common risk for judicial bypass hearings.

As if that didn’t do enough to compromise young people’s right to privacy, the new law forces clinics to submit extra details to the Department of Health about minors getting an abortion with a judicial bypass—including information about whether the minor is a victim of abuse or receives services from the state.

Finally, the third law makes the state’s health department collect even more details on patients who receive abortions—down to their zip code!

Under the new law, information on abortions provided to patients under 13 will be automatically shared with the state’s attorney general and the Department of Children and Family Services. The law also requires hospitals to report information on patients seeking care for complications related to abortion. Anti-choice lawmakers are likely going to use that information to peddle the lie that abortion is unsafe.

The laws are set to go into effect August 1.