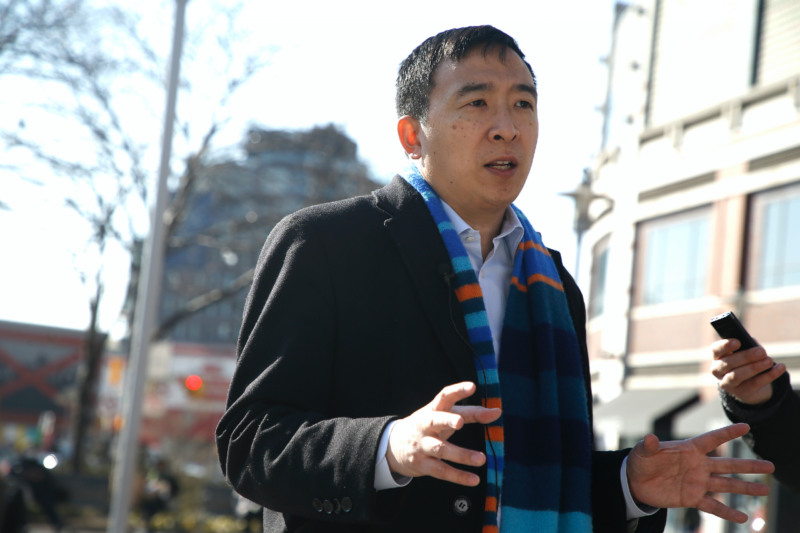 One thing I love about reproductive justice and other radical movements is the ability to evolve. We’re humans—evolution is natural and how we’ve survived. As organizers and political leaders, we have to evolve, learn from our past, and recognize when our good intentions fell short. But in order to do so, we have to shift our perspective and let go of things that no longer serve us.

Today, I am asking pro-choice politicians to evolve and let go of “safe, legal, and rare.” It is no longer serving you, and it never served those of us who have abortions. Let it go.

I was reminded of the outdated mantra recently when Virginia state senator and gubernatorial candidate Jennifer McClellan brandished her pro-choice values at a women’s forum hosted by NARAL Pro-Choice Virginia and Virginia’s List with all of the women candidates running for statewide office. “If we want to have abortions be safe, healthy, and rare,” she told the digital audience, “we have got to do more to prevent unwanted pregnancies.” McClellan went on to discuss the need to increase access to contraception and sex education—two critical goals I support. But I wondered: What was the point of stigmatizing abortion along the way?

Despite the Democratic Party dropping “safe, legal, and rare” from the party platform in 2012, politicians are still repeating it nearly a decade later to signal their moral superiority and supposedly commonsense position on abortion. Even Hillary Clinton, who, along with her husband President Bill Clinton, is credited with popularizing the phrase, eventually stopped saying it, opting for “safe and legal” during her 2016 presidential campaign. Yet some pro-choice politicians can’t let it go.

During an October 2019 Democratic presidential primary debate, Rep. Tulsi Gabbard of Hawaii proclaimed, “I agree with Hillary Clinton on one thing: Abortion should be safe, legal, and rare.” Soon after, ousted Planned Parenthood CEO Dr. Leana Wen seconded this view on Twitter, later doubling down while emphasizing an approach focused on preventing the need for abortion. In February 2020, at a presidential forum hosted by several reproductive rights organizations, then-candidate and current New York City mayoral candidate Andrew Yang said the quiet and stigmatizing part out loud:

I think we have to get back to the point where no one is suggesting that we be celebrating an abortion at any point in the pregnancy. That there was a time in Democratic circles where we used to talk about it being something that, like, you don’t like to see but should be within the freedoms of the woman and the mother to decide. And so to me I think there is a really important tone to set, on this, where you don’t just say like, “we’re absolutist about it,” though I have to say I am relatively absolutist on this, like I think it should be completely up to a woman and her doctor and the state should not be intervening all the way through pregnancy.

But it’s a tragedy, to me, if someone decides that they don’t want to have a child and they’re on the fence and that maybe at some point later, I mean it’s a very difficult and personal decision and it should be something that we’re very sensitive to. I think that celebrating children, family, like these are universal human values. And if we manage to lead on that and then we but also say we stand for women’s reproductive rights, I think we can bring Americans closer together on a really, really important issue.

It is truly disappointing that so many of us share our stories—about how abortion access was critical and necessary to our futures, families, and health—yet pro-choice politicians feel the need to shame us, with some—like members of the Biden administration—refusing to even mention the word “abortion” in statements praising its legality. And we’re supposed to be thankful?

Before you start abortionsplaining to me about what these politicians actually meant and why we should be working to make abortions “rare,” let me explain why you’re wrong. The very idea of abortion being “rare” isn’t real. It’s not actually a number, it’s an idea—and it’s not even factual. The myth of “rare” was created by politicians uncomfortable with abortion and sex. The truth is the recorded abortion rate has steadily dropped due to increased access to contraception, increased barriers to abortion access, and fewer people becoming pregnant in the first place. Yet somehow we’ve never achieved “rare” in these politicians’ minds. That’s because “rare” will never be an achievable thing so long as those of us who have abortions continue to do so for reasons politicians deem frivolous and “tragic.”

Demanding abortion be “rare” is stigmatizing at its core; it posits that having an abortion is a bad decision and one that a pregnant person shouldn’t have to make, and if they do, it must be in the direst of circumstances. This messaging tells those of us who’ve had abortions that we did something wrong to need an abortion, and we shouldn’t do it again. It unfairly stigmatizes people who will have more than one abortion, which is nearly half of abortion patients.

Making contraception free and widely available and increasing access to sexual health education won’t magically make abortion unnecessary. Contraception doesn’t work for everybody and fails for half of abortion patients. Pregnancies don’t progress as planned. Rape and reproductive coercion are real. Not everyone wants to put hormones in their bodies. There will be as many abortions as we need. Period.

“Safe, legal, and rare” is nothing but a mediocre talking point masquerading as a policy compromise, evidenced by the current status of decimated abortion access. Abortion will always be necessary, no matter what your campaign strategist tells you.

Making abortion “rare” or even “legal” isn’t the goal; like “rare,” “legality” is an arbitrary marker that allows for the criminalization of people who may choose to safely take medication abortion pills or herbs on their own. The goal is to make abortion decriminalized, accessible, supported, and as plentiful as necessary.

We need to change what it means to be a pro-choice champion. Organizations that rank candidates need to move beyond scoring votes only—words must count too. In order to be a true champion of an issue, politicians cannot stigmatize it at the same time. Champions don’t make the people they’re advocating on behalf of feel bad for needing care in the first place. Champions change their behavior and evolve their language as those who are most impacted speak out. Champions talk about their values and why they believe abortion access is critical health care and central to economic and racial justice.

True pro-choice champions make sure that people who have abortions feel loved and supported with their words. Champions say, “I love someone who had an abortion and I believe abortion is health care, which is why I will make it accessible to all of my constituents.”

This is a moment for bold leadership, policies, and language that reflects the care and compassion we have for people seeking abortions. You’ll never go wrong declaring your values and showing up for your constituents and their needs, including those who have abortions. But first you have to evolve. Let go of the stigma. It’s worth it, I promise.