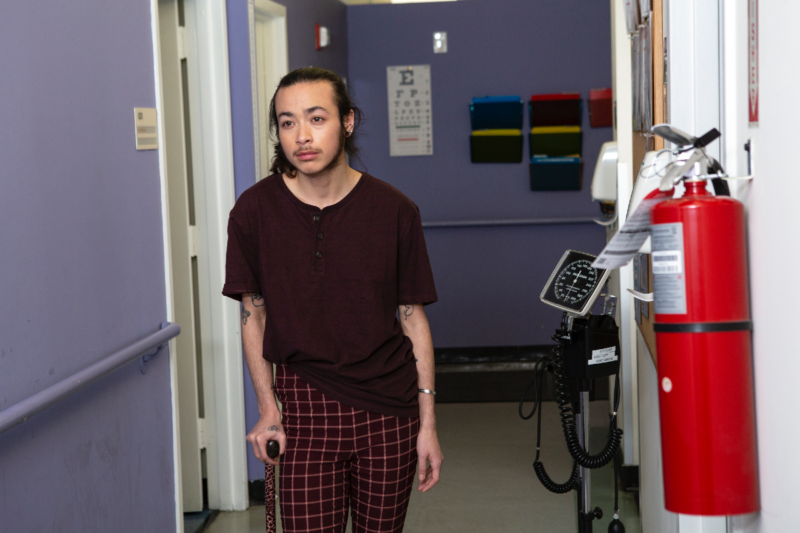 While Missouri lawmakers are considering bills that would criminalize doctors for providing gender-affirming care for minors and ban trans kids from competing in school sports, Planned Parenthood is launching the state’s first transgender health-care program with trans and nonbinary leadership aimed at expanding access to uninsured and underinsured people.

Planned Parenthood of the St. Louis Region and Southwest Missouri has been offering gender-affirming hormone therapy with a limited number of providers at its clinics in St. Louis and Fairview Heights, Illinois, and by telehealth. Planned Parenthood will expand this care to its Springfield and Joplin health centers, regardless of patients’ ability to pay.

TRANSforming Community TRANSforming Care is a multiyear partnership with the Metro Trans Umbrella Group (MTUG) of St. Louis and made possible with more than $3 million from the Missouri Foundation for Health. The grant will help subsidize gender-affirming care, train more clinicians, and allow Planned Parenthood to hire several case managers to make sure trans patients have their medical needs met.

As part of the program, MTUG will build a dedicated telemedicine space in its headquarters for people who need access to reliable internet or who prefer to get virtual care at MTUG. MTUG will ask for feedback on people’s experience getting care at Planned Parenthood, and those comments will be used to update and change things as needed. Planned Parenthood will also work with MTUG to update its sex education curriculum to include information for trans people’s health and pleasure and train trans community members to share it.

“Not only are a large portion of gender-expansive folks uninsured, but that even those who are insured are going to have huge [coverage] gaps, particularly in their transition care,” said Dr. Colleen McNicholas, chief medical officer at Planned Parenthood of the St. Louis Region and Southwest Missouri and a provider of transgender care. That’s particularly true in a state like Missouri, she said.

Planned Parenthood aims to help people pay for their medications in the program’s second year by dispensing hormones on-site, but in the meantime, McNicholas said they could help patients in other ways like setting up a voucher system for local pharmacies or working with a mail-order service. Not only would these moves save people money, but they could also offload the work of vetting pharmacies that LGBTQ groups and individuals often have to do.

“Our patients and community members have told us down to the ‘I know what day to go to what pharmacy and at what time to see a pharmacist who is not going to give me a hard time,’” McNicholas said.

MTUG hopes to open the physical space for telemedicine by the end of the year, which will be helpful for people who are facing housing insecurity, which trans people experience more often than cisgender people, or who may not have the technology needed for a virtual visit, said Beth Gombos, the housing and outreach coordinator for MTUG. Gombos, who is genderqueer, has been a patient of McNicholas’ since January 2020. McNicholas added that some people might prefer having their first few visits via telehealth at MTUG, then coming into the clinic once they’ve established a relationship with their provider.

Planned Parenthood has become one of the largest providers of gender-affirming care in the country, and programs like TRANSforming Community TRANSforming Care are important to make sure care is accessible, said Mara Keisling, the executive director of the National Center for Transgender Equality (NCTE). Due to anti-trans bias, trans people face higher unemployment and poverty rates than cisgender people, which means they are less likely to have health insurance. Even if they are insured, they might face insurance exclusions of gender-affirming care, plans that reject treatment as “not medically necessary,” or hostile or uninformed medical providers, Keisling said.

Importantly, Planned Parenthood uses an informed consent model, meaning they don’t require a letter of support from a mental health provider to start gender-affirming treatment. The World Professional Association for Transgender Health (WPATH) no longer recommends therapist letters, but some providers still require them, which creates additional financial and logistical barriers to getting care.

According to a 2015 NCTE survey of nearly 28,000 trans people, 23 percent of respondents who needed medical care in the previous year didn’t get it because they were afraid of disrespect or discrimination. And 33 percent said they didn’t get care because they couldn’t afford it.

Not being able to access health care can affect trans people’s prospects for employment—and, in turn, health insurance—making for a vicious cycle.

“Getting transition-related care when people need it is good for people’s physical and behavioral health, and if they can’t get that, they can’t be a whole person,” Keisling said. “A person who can’t be their full self has a disadvantage in looking for a job and getting a job and then holding down a job. Health care is incredibly important.”

Even more basic than transition care, being unable to afford things like primary care, eyeglasses or dental care can be a barrier to getting work.

Gombos said they hope that as more trans Missourians are able to access gender-affirming care, it will mean more people can change the gender markers on their driver’s license, state ID, or Social Security card to reflect their gender identity, which can impact the ability to get jobs. What starts with health care can affect many other parts of people’s lives, including work and housing.

“All of it can boil down to not appearing as the same gender that’s on your driver’s license,” they said.

Jay-Marie Hill, a transgender justice organizer with the American Civil Liberties Union of Missouri, said the Planned Parenthood program is an incredibly important addition and they’re grateful for it, but the reality is that health care should be default for people. Hill is originally from California and knows that while Missouri will never be—and doesn’t need to be—like California or New York, trans people deserve much more than the state is giving them.

Hill said the right people are at the table for this program and is glad to see a feedback process is built-in from the start. “In order for it to be successful, it has to lean into the community feedback piece,” especially in the current climate of conservative attacks on trans people, Hill said. “The reality has to be the emphasis on growth, and on learning from trans folks, who often have to be our own advocates. It’s got to be just as important as the broader commitment.”

Hill also hopes the program will lead to even more partnerships to expand care, particularly those that center Black trans people who need these services more than anybody.

Gombos said the patient feedback portion is what makes the partnership special to them as both an MTUG staff member and a Planned Parenthood patient.

All of which is to say: Planned Parenthood knows it won’t go perfectly, but they’re ready to listen and learn.

“We understand that we won’t get it right all the time, but we want the environment to be safe enough that our patients and our community members feel like they can call us in when that happens,” McNicholas said.

UPDATE, 3:15 p.m. March 25, 2021: This article has been updated to reflect this is not the first program in Missouri to offer gender-affirming care regardless of ability to pay; it is however the first to have trans and nonbinary leadership and include sex education. Planned Parenthood Great Plains (PPGP) has been providing gender-affirming care to patients regardless of ability to pay in the Greater Kansas City area and Mid-Missouri since 2016.