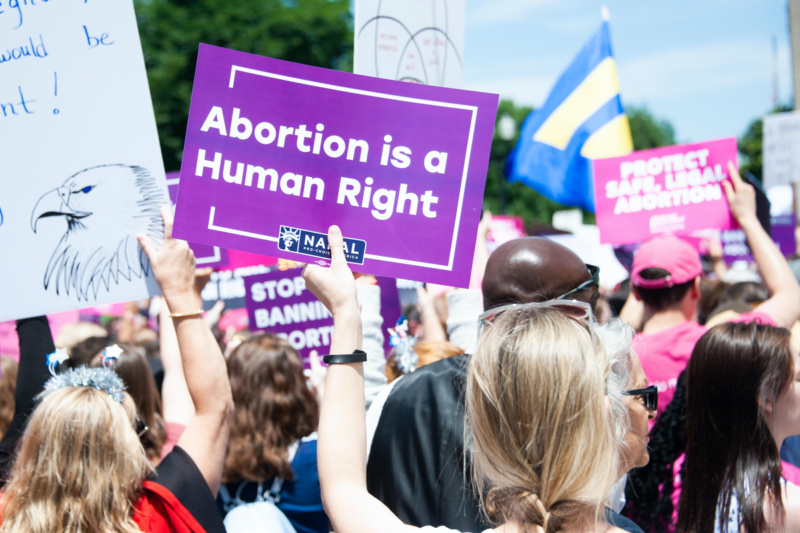 Amid a global pandemic and a nationwide reckoning with racism and white supremacy, a razor-thin Republican majority in the Arizona state legislature is focused on doing the same thing they have set out to do every single legislative session since 2009: restricting reproductive health care and shaming people for their reproductive decisions.

We are only two months into 2021, and these legislators have introduced a handful of egregious, oppressive bills that would infringe upon the human rights and bodily autonomy of all Arizonans.

One such bill, SB 1457, whose main sponsor is Republican Rep. Nancy Barto, is “personhood” legislation that would grant “all rights, privileges, and immunities available to other persons, citizens and residents of Arizona” to a developing fetus, when the human rights of the living pregnant person should come first.

Personhood bills like SB 1457 are dangerous and have potential consequences beyond criminalizing abortion—like criminalizing miscarriages, banning stem cell research, restricting assisted reproductive technology like in vitro fertilization, and prohibiting common forms of birth control. SB 1457 sets out to ensure that a fertilized egg, an embryo, and a fetus are legally treated as if they are birthed beings.

Let us be clear: The pregnant person is the only one with the right to define what is inside of their womb.

It is ironic that these legislators are focused on what happens inside of a womb while our most marginalized communities, alive outside of wombs, are at risk for violence and death at the hands of the very people charged with protecting and caring for them.

In Phoenix, the largest city in Arizona with over 1.6 million people, the police department has a decadelong history of violence and misconduct. In fact, grassroots nonprofit Justice That Works called it the deadliest police force in the country. In 2019, a whistleblower revealed that ICE facilities in Arizona denied detainees proper medical and psychiatric care. This treatment of Black and brown people as less than human has resulted in the deaths of living beings.

Meanwhile, the U.S. maternal mortality rate remains higher than that of any other wealthy country yet varies dramatically by race: The number of deaths per 100,000 births for non-Hispanic Black women in 2018 was more than twice as high as that of white women.

The COVID-19 pandemic has the potential to exacerbate existing U.S. racial disparities in maternal outcomes, as Black, Latinx, and Native American people have faced higher rates of COVID-19 illness, economic hardship, and mental health problems compared to their white counterparts. These realities for Black, Indigenous, and other people of color cross economic lines too, as Serena Williams attested to when she shared her birth story in 2018. Just recently, former Virginia state Del. Jennifer Carroll Foy opened up about her own near-death experience when her pain was dismissed after childbirth.

While self-proclaimed “pro-life” legislators pass bills to make it increasingly difficult for people to control when or if to parent, they continue to ignore the fact that many parents in Arizona risk violence and death for themselves and their living children.

Arizonans—and people everywhere—have the human right to decide whether, when, and how to form families and raise children. Forcing people to procreate by removing their access to reproductive health care while doing absolutely nothing to keep them and their families safe is oppressive and cruel—and it is certainly not “pro-life.”