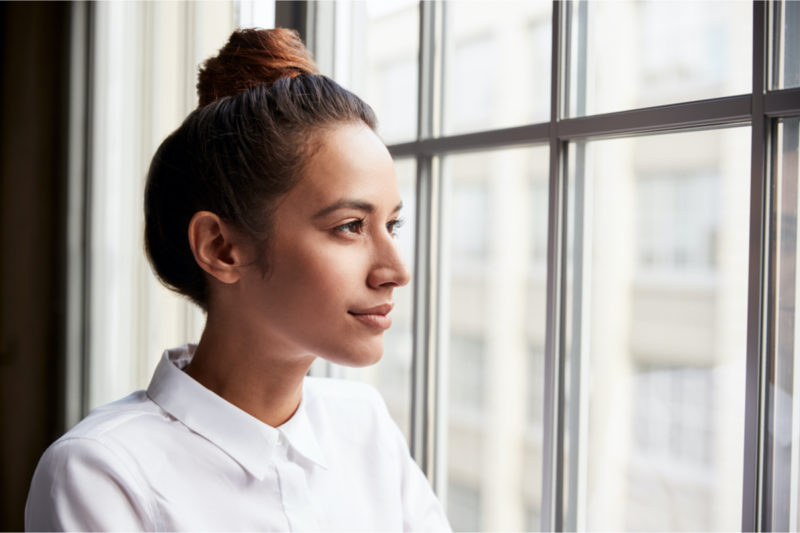 “Having flashbacks interferes with sexual experience,” said Renee Adolphe, a sex and relationship therapist and coach. “The flashback can be from a touch, scent, or word spoken by a partner." Shutterstock

Last summer, I tried hemp-derived cannabinoids for the first time. I was curious to see if a sublingual hemp oil would help improve my sleep, but I didn’t expect it to transform my sex life.

I was living in Mexico, and the person I was dating was coming over. I was preparing to talk with them about my history of sexual assault; some of their actions while we were intimate had been a bit triggering, and I wanted to communicate my boundaries. These conversations never get easier, as I always feel vulnerable and concerned that the person’s perception of me might change once they find out I’m a rape survivor. To help calm my nerves, I took a dose of CBD tincture under my tongue.

Now in a more relaxed state, I had a heart-to-heart with my then-partner about my past experiences with sexual assault. They were extremely respectful and listened to me when I shared my triggers. I felt safe and cared for.

Eventually, things became intimate. And it might have been a combination of the heartfelt conversation and the CBD oil, but I had multiple powerful orgasms. To be fair, I don’t usually have issues with arousability. But just in case it had been the CBD that enhanced my sexual pleasure and the ease of orgasming, I continued to use it often in moments of intimacy. CBD has never failed to help me release my inhibitions.

Using CBD for sexual wellness has helped me relax before sexual activity, which has greatly improved my sex life. I now live in Uruguay, where cannabis is legal, and I often smoke marijuana before having sex. I’ve found that cannabinoids help me to be in the moment and avoid feeling triggered by past sexual traumas.

The reaction my body seems to be having to the cannabinoids may be legitimate. A 2018 study found that 10 out of 11 PTSD patients experienced a decrease in symptom severity when using CBD. CBD has also been studied as a possible treatment for issues with sexual arousal due to its effect on the endocannabinoid system. We have endocannabinoid receptors throughout our bodies, including the brain, uterus, ovaries, and testes.

Research exploring cannabidiol’s impact on sexuality is still limited. But it seems I’m not the only one who has turned to CBD for sexual wellness: Remedy Review, a website covering CBD products, surveyed people who had used CBD for sex and found that 68 percent said it had improved their experience.

Some people, like me, who’ve been sexually assaulted find it difficult to completely relax during sex as we may be triggered or have flashbacks.

“Having flashbacks interferes with sexual experience,” said Renee Adolphe, a sex and relationship therapist and coach. “The flashback can be from a touch, scent, or word spoken by a partner. Sexual assault changes the body’s communication pathway between the brain and adrenal glands. This results in excessive use of neural pathways and overactive adrenal function, producing excessive levels of cortisol.”

According to Adolphe, the more tense a sexual assault survivor is during sex the more likely they are to relive the trauma. She works with people who’ve endured sexual trauma and believes that CBD can help them experience healthy sex. In fact, she recommends CBD to help her clients remain present, relaxed, and focused during sex.

“To prevent the worsening of PTSD symptoms it’s important to find ways to relax and be present,” Adolphe said. “CBD suppresses excessive activity in the body. If the neural pathways related to trauma are being overused CBD can help decrease it or turn it off. It’ll help you to forget what happened for the time being.”

Although CBD oil or lube can give more immediate results, it’s still important for sexual assault survivors to seek trauma or sex therapy so that they’re not dependent solely on external remedies for the rest of their life. Without therapy in conjunction with using CBD for PTSD, it’ll just be a temporary escape.