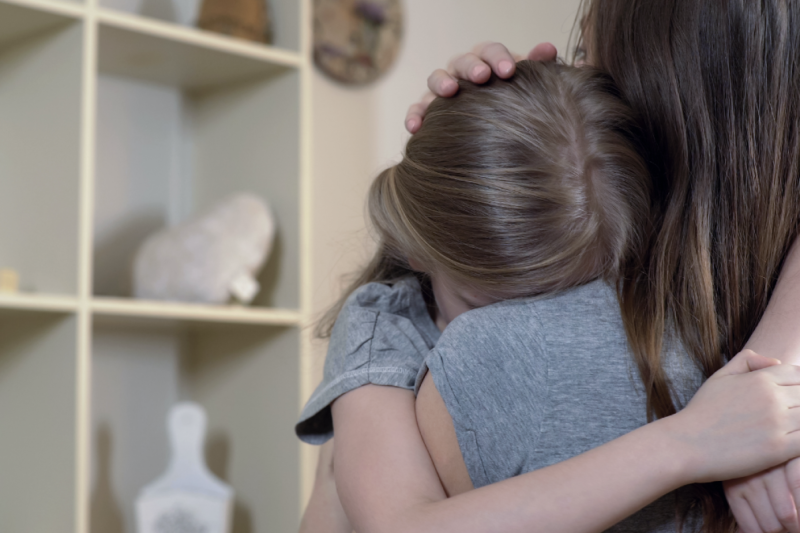 “The system does the exact opposite of what it’s intended to do," said Chris Gottlieb, co-director of the Family Defense Clinic at New York University School of Law. Shutterstock

“I am beginning to doubt reality and think maybe this is hell. My ex killed me and I need to kill myself to get out.”

I posted that comment to my blog on April 14, 2018, the day after my daughters, then 2 and 4, had been sheltered by the state of Florida and turned over to my in-laws, who had falsely claimed abandonment. At the hearing, the presiding magistrate acknowledged the state’s lack of evidence but granted the shelter petition because of my history of engaging in methadone treatment for opioid addiction. She also barred me from being in the home with my daughters from 8 p.m. to 9 a.m. I had just moved to Florida from Seattle and had nowhere else to stay. The magistrate made me homeless.

My father-in-law dropped me off at a shabby Motel 6 across town that evening. He paid for two nights and said it was on me to figure out what to do next.

It sounds extreme, absurd: A parent is accused of child maltreatment, so she is thrown to the streets. It sounds like it’s the kind of situation that arises out of a cyclone of bad luck, the unfortunate but rare solution spit out after a confluence of factors is added together just so. But it’s not. Agency-induced homelessness is a common phenomenon known among parent attorneys and advocates as a weapon wielded by caseworkers and judges, who can impose it upon parents at will.

Erin Miles Cloud, a former parent attorney in New York City and the co-founder of Movement for Family Power, an advocacy organization that did pro-bono consulting work on my case, acknowledges that agency-induced homelessness is a “huge problem.”

Child services agencies “have no concern with rendering parents homeless,” she said. “And they often have a very callous response to the housing insecurity that’s endured as if … it’s a deserved consequence of what they perceive a parent to have done, and even if it’s not deserved, it’s worth it for the sake of what they believe the child needs or wants.”

But parental homelessness does not serve a child’s best interests—a fact so widely recognized by the system that they typically make stable housing a prerequisite for reunification. Under federal law, when a child services agency removes a parent’s custody, the agency is required to make “reasonable efforts” to help remedy whatever issues are preventing the child from going home. That means if housing is a condition of reunification, as it was in my case, the agency is legally obligated to help the family secure and maintain stable housing.

But “no reasonable efforts” findings are notoriously difficult to extract from judges, who often side with child services agencies. Instead, it is far more typical for agencies to use a parent’s unhoused status as one more building block in a case against the parent. It is a blatant attack on low-income people’s constitutional right to family integrity, and our reproductive rights in general. This is particularly troublesome in the context of racial and ethnic disproportionality. Black people experience homelessness at higher rates than any other race or ethnicity in the United States. Latinx people, a population I am a part of, have the second highest rates. Thirteen percent of Latinx children and 20 percent of Black children have been deemed to be the victims of maltreatment by a child welfare agency, subjecting them and their families to measures of state violence like foster system placement and agency induced homelessness.

On the first night of my agency-induced homelessness, I had my purse snatched and my foot run over while walking to cash a check, leaving me with no phone, no money, no ID, and no way to even fill the antibiotics and pain meds prescribed for my foot. My daughters—one of whom I had only just weaned from my breast—had just been taken from me; I was homeless in a state where I had no connections; I had just been robbed and assaulted. In a state of pure misery, shock, and fear, I opened my laptop and made a comment online about how I was feeling.

Months later, at my trial, the agency trotted out that comment to demonstrate my mental instability. Of course, I was also still homeless. By that point, I had resorted to sleeping on the couch of a virtual stranger. I lost the trial.

“Our system is so incoherent,” said Chris Gottlieb, co-director of the Family Defense Clinic at New York University School of Law. “The system does the exact opposite of what it’s intended to do in response to vulnerable people by increasing the stress we know and can predict is going to worsen whatever underlying issues.”

“You’ve made this absolute sacrifice for your child”

Even a global pandemic has not stopped this practice. Shakia Richardson and her mother BeKura Shabazz have both been targets of agency orders removing them from the home during the pandemic. Richardson and her partner are the leaseholders for the home from which they were both expelled, which means they still had to pay rent while they were unable to live there.

“They were in and out of the house, sleeping in their car,” Shabazz said of her daughter, an active-duty army logistics specialist E-4 stationed at Fort Campbell on the Kentucky-Tennessee border, and the baby’s father, a veteran. The couple blew through money for hotels and Airbnbs until they had to sleep in a car parked outside of their own home.

Their case is in Clarksville, Tennessee. Unlike mine, the couple’s removal from the home was not initiated through a court order, though their judge later upheld it. Rather, it was a condition of an “immediate protection agreement” drawn up by the case investigator. Immediate protection agreements, also called “safety plans,” are pseudo-voluntary agreements conducted outside of court between child protective agencies and parents under investigation for maltreatment. The use of safety plans has been challenged by class action lawsuits, though none have been successful. The complaints typically hinge on the coercion inherent to a request that is enforced by the threat of putting someone’s child in foster care—which were the exact terms offered to Richardson and her partner.

It is also worth noting that both parents are Black, and the judge is white. According to a new report by Movement for Family Power, “over one-third of American children and over half of Black children have been the subject of a child abuse/neglect investigation.” And even the system’s own data indicate that Black families are overrepresented in the system relative to their proportionality in the general population.

“People are put in this incredibly sick situation where they are acquiescing to these orders because they … are not willing to put their kids through the foster system and are willing to make the sacrifice to leave their homes,” said Cloud, who has seen similar cases. “Those things are never brought up in court—you’ve made this absolute sacrifice for your child, this is such a strength to your parenting.”

Richardson is now back home, but her grandmother, the baby’s legal caregiver, is required to supervise her any time she is around her daughter. Her partner, the baby’s father, is still barred from residing in his home, and had to move in with family in a neighboring state. According to Shabazz, he now has to drive six hours each week to conduct a two-hour visit with his 7-month-old daughter. Shabazz, who does not live with her daughter but has staged a series of peaceful protests against the case, remains legally barred from being around the baby or the family’s home.

Fighting for the future

It has been more than two years since the Florida Department of Children and Families toppled my life from its axis. The agency never helped me with housing, but I was eventually able to get an apartment. I’m sitting in it now—a spacious second-floor flat with light streaming through big windows and a lovely little corner room for my daughters tucked in the back, with a view of the yard and tree branches that bloom pink flowers in spring.

My daughters were delighted when they saw it. But neither the guardian ad litem nor the caseworkers ever came by. They also failed to make adequate referrals to the services I was mandated to complete; some service referrals took months and were never high quality or evidence based; others, they simply never made at all. After two years of this, they permanently terminated my rights to my daughters and allowed their grandparents to adopt them. In the papers, they cited my “small” apartment—the one they never saw—as part of the reason, instead of viewing my independent climb from homelessness as an asset.

I was never given a fair chance, even by their meager standards. I am circulating a petition seeking an independent investigation into my case and the return of my daughters.

In the meantime, I am packing my things: boxing up my daughter’s toys and tent, stashing away my dream of a family to move into a smaller, less costly home closer to where my daughters now live. I hope I will be able to unbox my dream and be their mother again. For now, this circumscribed life neighboring theirs is all our government has left me.