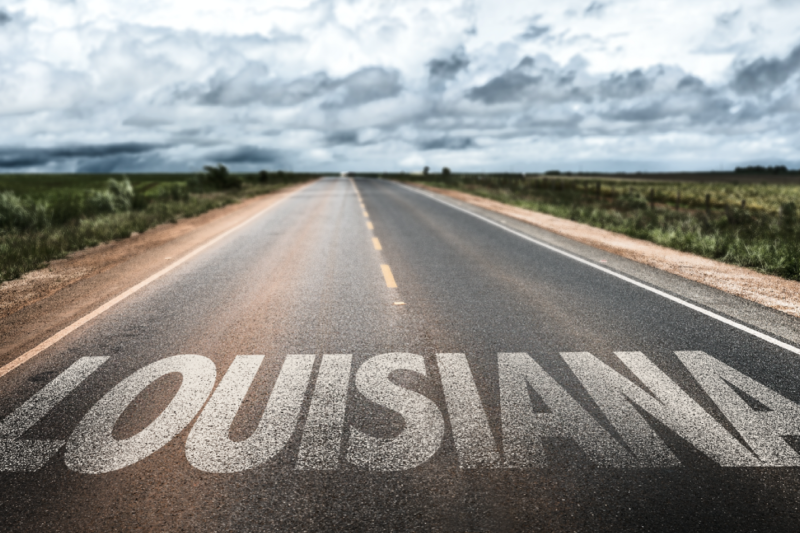 Three abortion clinics remain in Louisiana: Two are in the southeastern part of the state (Baton Rouge and New Orleans) and one in the northwestern corner (Shreveport). Shutterstock

Just hours earlier, Pittman, the director of Hope Medical Group for Women, an abortion clinic in Shreveport, Louisiana, had excitedly told her staff that the clinic prevailed in its Supreme Court case. Pittman knew her lawyers would call with any news, but she couldn’t help it: On the morning of June 29, she was intently watching SCOTUSblog for word of the decision. When the case, June Medical Services v. Russo, popped up, she saw that abortion-rights supporter Justice Stephen Breyer had written the opinion. She was so relieved she almost cried.

But as the day went on, her happiness turned into frustration.

“Initially it was relief: All three clinics [in the state] remain open; this is such a huge win,” Pittman said. “Then I got to thinking about how much time and money has been invested in this case. For years, this has been going on, years of legal work. … The Supreme Court had spoken years ago—we should not be here.

A month since the decision, emotions are mixed for the abortion providers and advocates who pressed forward to succesfully challenge a law identical to one the Supreme Court had already struck down.

Louisiana’s Act 620, passed in 2014, required that abortion providers have admitting privileges at a hospital within 30 miles of the clinic where they practiced. It is the same as a Texas law that the Supreme Court overturned in 2016 in the Whole Woman’s Health v. Hellerstedt decision, declaring it an undue burden to accessing abortion because it did not improve patient health or safety. But in 2018, a federal appeals court ignored that ruling and said the Louisiana law could go into effect, which is how the issue ended up at the Supreme Court again.

Pittman said she’d been losing more and more sleep as the end of the Court’s term grew closer, knowing that a decision upholding the law could decimate abortion access in Louisiana and across the country. The state would have been down to just one clinic.

“I truly felt like I had the weight of the world on my shoulders,” Pittman said. “Because if we had not prevailed, it would have set us back in so many ways.”

But for as much as the ruling was painted as a huge victory by national news outlets, Pittman said it hasn’t changed anything on the ground. “We gained nothing, we just maintained the status quo.”

Elizabeth Gelvin, client and community coordinator for the New Orleans Abortion Fund, a group that provides financial assistance to people seeking abortions in Louisiana, agreed with that assessment.

“This is a win for people seeking abortion in Louisiana, but it doesn’t change anything, it doesn’t make it easier to access, and only having three clinics in Louisiana to begin with is not a win,” Gelvin said.

“Our status quo is atrocious,” Gelvin said. “Our status quo is so harmful and so oppressive. I don’t want to not call this a victory because it is. But it’s really easy to obfuscate in the conversation that what we’ve ‘saved’ is already hellish—it’s already a really violent and untenable landscape for so many people.”

Since the Roe v. Wade decision in 1973, Louisiana has enacted 89 abortion restrictions—the most of any state in the United States. People seeking abortion in Louisiana face obstacles that include a mandatory 24-hour waiting period requiring two trips to the clinic, limits on insurance coverage, bans on abortions after 20 weeks post-fertilization (also known as 22 weeks LMP, calculated from your last menstrual period), and a ban on medication abortion through telemedicine.

In 2016, Louisiana had five clinics; now it has just three. The state lost those two clinics—one in the New Orleans suburb of Metairie and the other in Bossier City—during the fight over the admitting privileges law. The clinics had been co-plaintiffs in the lawsuit alongside Pittman. In February 2016, a panel of judges at the U.S. Court of Appeals for the Fifth Circuit said the state could enforce Act 620 while the case proceeded through the courts; the Metairie clinic had already closed about two weeks earlier. While the clinics would later get an injunction, Bossier City’s clinic shut its doors in April 2017.

Two of the remaining clinics are in the southeastern part of the state (Baton Rouge and New Orleans), and the third—Pittman’s clinic in Shreveport—is in the northwestern corner. Hope Medical offers the procedure up to 17 weeks LMP, and the two southeastern clinics provide abortions up to 20 weeks LMP, two weeks before Louisiana’s gestational limit. People seeking care after that point have to leave the state, Gelvin said, with some traveling to clinics in Dallas or Houston; Huntsville, Alabama; or Atlanta.

And access was further limited during the COVID-19 pandemic, resulting in even more people having to travel for care and longer wait times for appointments.

Pittman’s clinic was inundated with patients from neighboring Texas after the state’s providers were forced to close and reopen four times in about three weeks, thanks to state orders declaring abortion procedures “nonessential.” About 20 to 25 percent of Hope Medical’s patients already came from out of state, mostly Texas. But during the legal whiplash, the share of Texas patients jumped to 33 percent.

Combined with social distancing regulations that limit the number of people who can be in the clinic at a time, the result is “heartbreaking” wait times, Pittman said.

“Normally we can see a patient within a day or two for that very first [counseling] visit,” Pittman said. “But with the pandemic and everything, we were literally scheduling three and four weeks out. It was difficult telling people ‘no’ or telling them, ‘I’ll put you on our waiting list, the minute we get an opening we’ll try to bump you up.’”

Hope Medical is also getting calls from people who can’t get appointments in New Orleans or Baton Rouge because those clinics are backlogged as well.

Gelvin said the New Orleans Abortion Fund is still seeing “loads of” people who have to travel for care, which she said makes sense “if you only have three clinics in a state and the clinics now are operating under limited capacity.”

And while some groups want to expand access by opening more clinics in Louisiana, they’ve hit roadblocks.

Planned Parenthood opened a new health center in New Orleans in 2016 and applied for a license to provide abortions. But when the state health department had still not granted the request more than a year later, the organization filed a lawsuit. The Fifth Circuit heard the case in January 2019, and Planned Parenthood is still awaiting a decision, according to Bonyen Lee-Gilmore, director of state media campaigns for Planned Parenthood Federation of America.

“Long before Planned Parenthood had even applied for a license—this is years ago—someone from that group had called me and said, ‘If we were to go this route, what advice would you have for us?’ and I said, ‘Run like hell,’” Pittman said.

Julie Rikelman, an attorney with the Center for Reproductive Rights and lead counsel in June Medical, said during a press conference with reporters the day of the decision that Louisiana’s restrictions make it difficult to open and maintain a clinic in the state.

“Even though the [outright] bans get a lot of attention, it’s really all of these other laws that make it very difficult for providers to actually serve their patients and for patients to actually access abortion,” Rikelman said. “These are the laws that really push abortion out of reach for many people, including people of color, people who are struggling to make ends meet.”

To that end, the Center for Reproductive Rights is challenging other Louisiana laws that have been enacted but aren’t yet in effect, including a law tripling the waiting period to 72 hours and a ban on dilation and evacuation procedures, known as D&E abortions, which are the standard of care after the first trimester. Pittman’s clinic is a plaintiff in that case, as well as a federal challenge to Louisiana’s clinic licensing law and a third lawsuit at the state level.

Patients and providers also face an anti-abortion ballot initiative in a matter of months. This November, voters will weigh in on a proposed constitutional amendment, which would declare that there’s no right to abortion or funding of abortion in the state constitution. Gelvin noted that the amendment could not only have the effect of banning all abortions in the state including those due to sexual assault or to save the person’s life, but could limit efforts to expand access.

“It has this pretty scary impact of limiting or restricting our ability to push forward legislation that would increase abortion access,” she said.

Pittman said of the ballot initiative, “it’s like it never ends.”

While June Medical Services didn’t result in more clinics having to close, people in the state still face daily tragedies trying to access abortion care. Pittman said the main reason patients give for terminating a pregnancy is economic instability, and, “of course, now we have the pandemic, which is making matters even worse.” Meanwhile, Louisiana’s minimum wage remains at the federal floor of $7.25.

“Our reality right now is something that we cannot and should not settle for, and we are going to continue struggling under and agitating for a different world,” Gelvin said.

“We continue to battle on,” Pittman said. “The need is still there, lack of resources continues, but at least for now there are no fewer clinics.”

Correction: This article has been updated to correctly identify the Alabama city where pregnant people past 20 weeks’ gestation can receive abortion care.