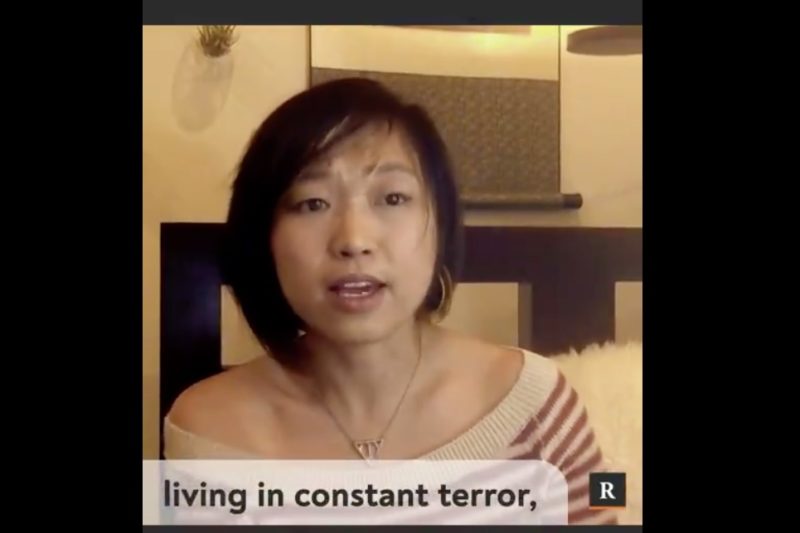 The prison industrial complex disproportionately affects marginalized communities, and that includes sex workers. As these four activists will tell you, there’s no prison abolition without the decriminalization of sex work.

“Anti-trafficking organizations and advocates often pretend they’re completely separate entities from law enforcement,” says Maya Morena, an undocumented immigrant and sex worker who organizes with the Third Wave Fund. “But they often are law enforcement, work with law enforcement, create laws that police have to enforce, and many of them actually train the police to target people by gender, race, and class.”

“Most of the funding for anti-trafficking efforts goes to law enforcement funding and training so that they can funnel more victims into this system.”

In New York, police use a state law against “loitering for the purposes of prostitution,” known as the  “walking while trans” ban, to harass trans people and women of color based on their appearance, says Bianey García, an organizer with immigrant group Make the Road New York.

“Here in Jackson Heights, [for] merely walking around dressed sexily, being a trans woman, or wearing short clothing, the police can deem you to be a sex worker, arrest you, and also deport you,” García says. “There are cases in which trans women have had to walk around with their certificates of marriage to prove that the person who is walking by their side is their partner and not a client.”

K Agbebiyi, an organizer and social worker who’s part of Survived & Punished NY and helped created the #8toAbolition campaign, explains how the prison industrial complex and the patriarchy work together to “devalue sex workers’ lives and take away their autonomy.”

“One of the ways that they do this is by conflating sex work with sex trafficking,” Agbebiyi says. “Many anti-sex worker advocates use phrases like ‘abolition’ in regards to working to make sex work illegal. True prison abolitionists know that there is no prison abolition without the decriminalization of sex work.”

Some people, Agbebiyi notes, are wary of prison abolition because they don’t want people to get away with sexual violence.

“Asian massage workers, often profiled as sex workers, face a particular kind of police brutality,” Zen says. “Any system that increases contact between sex workers and police, including ‘rescue operations’ to find trafficking victims through police raids, are actually putting sex workers in danger because police have shown themselves to be so deeply corrupt and abusive.”