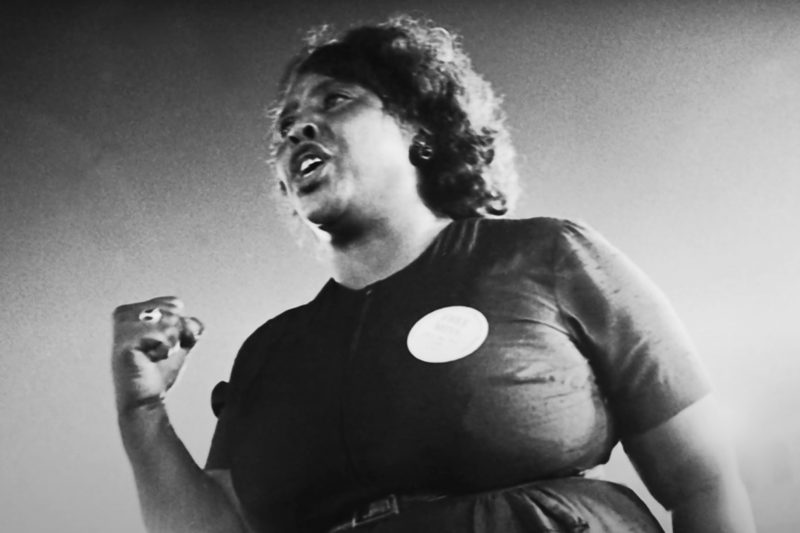 Sterilizing Fannie Lou Hamer against her will wasn’t about one doctor’s decision; it was about enforcing the will of the Mississippi government. Mississippi Public Broadcasting/YouTube

As a Black, disabled woman living in poverty in Mississippi, I consider Fannie Lou Hamer an icon for my organizing and advocacy work, due to our shared lived experiences. That is why hearing a privileged white male Republican legislator like Mississippi state Sen. Joey Fillingane invoke Hamer’s name in endorsing a bill to restrict the bodily autonomy of people just like me—a bill that was signed into law by our governor on Wednesday—filled me with such contempt.

That Fillingane invoked the forced sterilization of Hamer in the 1960s as an excuse to ban abortions that anti-choice lawmakers claim are being performed on the basis of sex, race or genetic anomaly is baffling on its own. In fact, the very idea whitewashes the history of eugenics in the state of Mississippi.

Fillingane implied that sterilizing Hamer without her consent was the act of one rogue doctor. But that’s not true. Forcible sterilization of Black women like Hamer was the result of ongoing efforts by the medical profession at large—efforts that the state itself supported. Mississippi adopted its forced sterilization program because the state didn’t want to encourage Black women to continue to birth what it saw as “too many” children. In addition, Mississippi was unwilling to risk the possibility that people who had physical or mental health issues might pass those characteristics on to their offspring, or that they would be unable to care for their families at all, leaving that burden to the state.

Sterilizing Hamer against her will wasn’t about one doctor’s decision; it was about enforcing the will of the Mississippi government—one that saw Black women, disabled women, and poor women as a growing threat to its own prosperity. Mrs. Hamer, the youngest of 20 children born to sharecroppers, deeply understood that.

Speaking in the state senate last month, Fillingane called this non-consensual reproductive coercion Mississippi’s “very dark past.” Setting aside the doubtlessly intentional use of the word “dark,” Fillingane is mistaken when he dismisses this sort of state-sanctioned reproductive control as the “past.” Today, government coercion of reproductive outcomes isn’t so out in the open, as blatant acts like forced sterilization are. Instead, such coercion manifests as mandatory child caps on welfare benefits, the refusal to fully fund special education programs, or the choice to remain one of the 13 states that still refuses to expand Medicaid.

If Fillingane truly knew the legacy of Fannie Lou Hamer, he would know that she opposed all forms of reproductive coercion by the government—especially coercion that targeted her own community. If she were alive, she would be on the floor of the Mississippi legislature herself to call him out for using her name to advocate against abortion while refusing to provide comfort and support for the very children and families he claims to want to save through his ban.

Mrs. Hamer also knew that white men were not invested in giving us our rights. As she so astutely pointed out, “[i]f the white man gives you anything—just remember when he gets ready he will take it right back. We have to take for ourselves.”

Until Sen. Fillingane is ready to introduce a bill that acknowledges and apologizes for the Mississippi government’s longstanding history of reproductive coercion, both medical and financial—practices that continue to this day—he should keep Fannie Lou’s name out of his mouth.