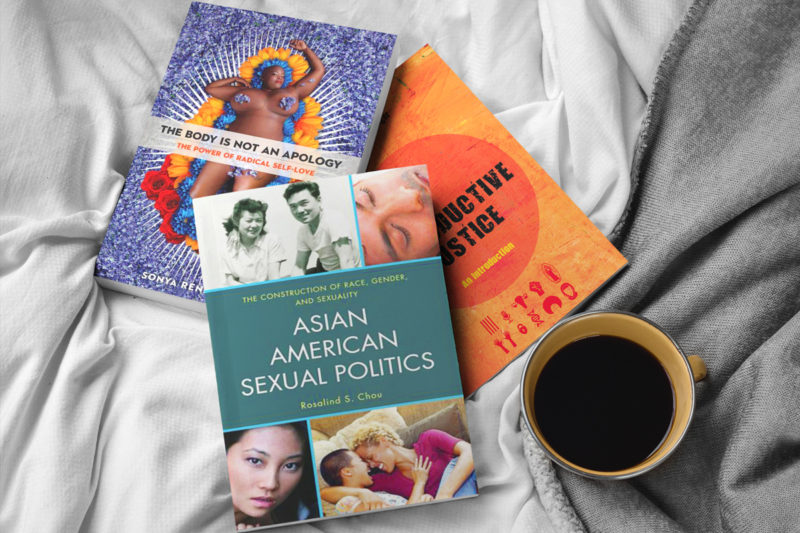 From medically inaccurate and discriminatory sex education in schools to the Eurocentric beauty standards in mainstream media, it’s no wonder we have such complicated feelings about sex, race, and our bodies.

As a Korean American who grew up in the Midwest, I related to how “sex was stigmatized to the point of silence in my household”—something Senti Sojwal, a sex-positive reproductive justice activist, wrote for Rewire.News this week on why Asian Americans need better sex ed. Sojwal wrote about how that stigmatization leads to internalized repressive values about womanhood and purity. Now as adults, we continue to unpack and dismantle those ideas.

As APAHM draws to a close, I don’t want the education (or the celebration) to end here. As Asian Americans, we should strive to continually expand our knowledge of sexual and reproductive health, rights, and justice. To help guide this process, Rewire.News has compiled a short list of readings to get you started. I only wish that growing up, a teacher, librarian, or adult around me had recommended them—even just one of them.

If you read only one book from this list, let it be this introduction by Loretta Ross, a mother to the reproductive justice movement, and historian Rickie Solinger on issues of reproductive rights through an intersectional analysis of race, class, and gender politics. This book will help you think more critically about reproductive politics in our society.

The Body Is Not an Apology: The Power of Radical Self-Love (Berrett-Koehler Publishers)

If we all grew up learning that our bodies are all deserving of rights, love, and care, what would that look like? Spoken word poet, activist, and educator Sonya Renee Taylor provides the tools to make that dream a reality in this book.

Rosalind Chou, assistant professor of sociology at Georgia State University who specializes in race, ethnicity, gender, sexuality, and law, conducted qualitative research to discuss the layers of Asian American sexuality. She touches on key gender and race theory and ultimately develops a framework for dismantling stereotypes and oppression.

Our Bodies, Ourselves (Simon & Schuster)

First published in 1970 as a 193-page stapled booklet called “Women and Their Bodies,” I wasn’t introduced to this feminist classic until I was in my late twenties. Our Bodies, Ourselves centers the idea that our body is completely and utterly normal—something still considered revolutionary due to a barrage of unrealistic beauty standards in society.

Authored by multiple women, including Ross, who we highlighted earlier, this book shares the history of reproductive rights and justice through the women of color who led it—a fact that was largely unknown when it was published in the mid-2000s. It imagines what reproductive freedom would look like for all—not just for those who have the means and access.

Orgasms are fun—and author Annie Sparkle and illustrator YuDori make learning about sexual pleasure accessible while reminding us that orgasms come in all sizes and shapes—for every body. Welcome to the world of Planet Orgasms—where your “Orgasmanaut Training” will be out of this world.

This anthology, edited by a team that includes South Asian activist Anannya Bhattacharjee, explores the mainstream reproductive rights movement of women of color by examining the criminalization of their bodies through the criminal justice system and the oppression of immigrant women, women of color, and young women.

Dána-Ain Davis, professor of urban studies at Queens College, City University of New York, peels back the layers on the ways that racism affects Black women’s birth outcomes through birth stories from more than a dozen parents, midwives, doctors, and more. Even if pregnancy is not in your future, it’s important to understand how structural oppression impacts our rights and abilities to have sex, reproduce, and exist in this country.

Pregnancy and Power: A Short History of Reproductive Politics in America (NYU Press)

Policing the Womb: Invisible Women and the Criminalization of Womanhood (Cambridge University Press)

University of California, Irvine School of Law Professor Michele Godwin expands the conversation on reproductive health and rights by highlighting how legislators criminalize women for their pregnancies. The result is shocking, scary, and maddening, but will leave you with a renewed understanding of your own bodily autonomy.