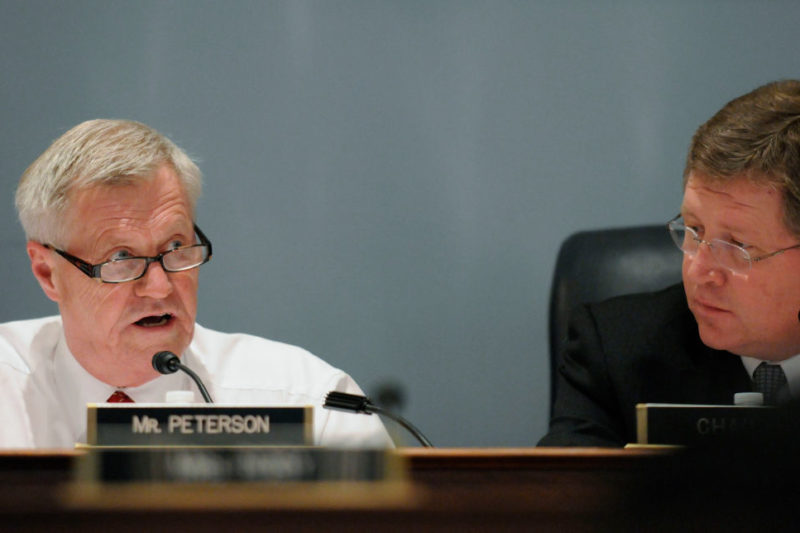 Rep. Collin Peterson (D-MN) has been a reliable anti-choice vote in the U.S. House of Representatives. Getty Images

Democrats in the U.S. House of Representatives who are either anti-choice or inconsistently pro-choice have proven some of the most reluctant to back the impeachment investigation of President Donald Trump.

Trump has delivered on major promises to abortion rights opponents—including the domestic “gag rule” and judicial appointees ready to undercut or overturn Roe v. Wade—putting the president in line with anti-choice Democrats in the House.

Rep. Collin Peterson (D-MN) is one of only a few Democrats to outright oppose impeachment proceedings since House Speaker Nancy Pelosi (D-CA) made the announcement Tuesday. Peterson has a long resume of anti-choice votes, including votes in favor of restricting or banning later abortion care and backing so-called born-alive bills that conflate abortion with infanticide.

In a statement to the Detroit Lakes Tribune published Tuesday, Peterson faulted the impeachment process for not having “significant bipartisan support,” predicting impeachment “will be a failed process that will end up even further dividing our country and weakening our ability to act together.”

A Business Insider poll found 53 percent of respondents support an impeachment inquiry. The poll has limitations, however, including a purely online sample, no adjustment to ensure it’s balanced by race or income, and that it was conducted Wednesday and Thursday as the news was still developing. However, it is one of the first to come out after Pelosi’s announcement. About one-third of respondents agreed with Peterson that impeaching Trump will hurt Democrats, but support it nonetheless.

Pelosi, who had resisted Democrats’ calls for impeachment proceedings, changed her position on impeachment after a whistleblower came forward this month charging Trump had asked Ukraine’s president to investigate the son of Democratic presidential frontrunner Joe Biden, who served on the board of a Ukrainian energy company. Trump in his phone call with Ukrainian President Volodymyr Zelensky brought up U.S. military aid to the country after freezing hundreds of millions in military aid to Ukraine, the New York Times reported.

Rep. Ben McAdams (D-UT), who backed several anti-choice measures as a state senator in the Utah legislature and has supported “born-alive” bills, has yet to come out in favor of the impeachment proceedings. McAdams has focused on the need for more information.

“Before making any judgments, I want to know the facts of what occurred between the president and Ukraine,” McAdams said in a statement, the Deseret News reported.

Another Democrat firmly opposed to abortion, Rep. Dan Lipinski (D-IL) joined the calls for impeachment the day after an avalanche of Democrats came out in support of the inquiry. Lipinski, who barely survived a primary challenge in 2018, received donations from the Susan B. Anthony List, making him the only Democrat to receive support from the anti-choice PAC. Lipinski has co-sponsored a ban on abortion at 20 weeks’ gestation, co-chairs the Congressional Pro-Life Caucus, and sits on the federal advisory board of anti-choice organization Democrats for Life of America.

Lipinski will once again be challenged by progressive abortion rights advocate Marie Newman in the 2020 Democratic primary. Ben Hardin, Newman’s campaign manager, said Lipinski’s delayed backing of impeachment “raises some questions” and it adds to concerns about Lipinski’s votes on reproductive rights and other issues. Hardin said Newman supports the impeachment inquiry.

“There’s a clear violation of the law there,” he told Rewire.News.