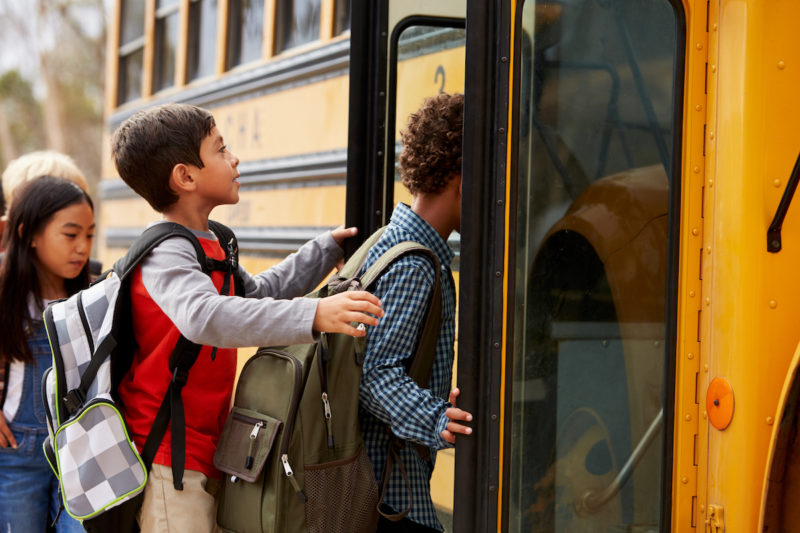 Where are we going? Monkey Business Images/shutterstock

The following is the final installment in a breezy three-part series on the ubiquitous “In God We Trust” motto, which is featured prominently in the Project Blitz playbook. The first installment told the story of the motto’s sketchy origin; the second examined the legality of its presence in a secular nation; and this third one reveals the coordinated battle waged by an emboldened Christian nationalist movement. Read now or download the trilogy for a heckuva beach read. – eds

Piecemeal reporting on the laws gives the impression that state legislators around the country are spontaneously discovering the value of imposing a religious slogan on a captive audience of schoolchildren. But pious wave is no coincidence, these laws are part of a crusade to rewrite American history and the American identity. They were spawned by Project Blitz, a Christian nationalist crusade that seeks to redefine what it means to be an American—so that to be an American is to be a Christian and to be a Christian is to be an American—and then to rewrite the law accordingly. Project Blitz’s goal is to favor Christians, creating a special class, while relegating everyone else to, at best, second-class status.

Emblazoning In God We Trust in public schools furthers that goal. The new laws in most of these states mirror the model bill in the Project Blitz handbook. The laws are not so much a camel’s nose under the tent, as they are tethering the camel inside the tent and expecting other people’s children to worship it.

The flapping jaws on Fox & Friends gushed over the new Louisiana rule because they see it as patriotic and religious—a way of getting the Bible and “God in the classroom.” That is Christian nationalism, even if they don’t use the phrase.

Others are more shameless. A Louisiana high school principal said the quiet part out loud: “I still feel strongly that America is a Christian nation. I want our high school youngsters exposed to as much as [sic] that as possible.” There it is: Christian Nationalism. The display is about “exposing” a captive audience of schoolchildren to “as much” Christian nationalism “as possible.”

Lou Dobbs and his guest expressed hope that the motto-in-schools movement would “go national,” not realizing that it’s already a nationalist movement. Dobbs’s guest regurgitated a common talking point, that the motto is one of those “patriotic symbols that unite us together rather than a lot of the divisiveness we see today.”

But this is precisely backward. Religious expressions like this only unite believers; everyone else is an outsider. State sponsored religion is divisive. It’s one of the major reasons the founders chose to separate state and church. The very words of the religious motto segregate children into us and them. Non-Christian schoolchildren receive the message that they are not part of we, not part of We the People, not part of this nation. This sentiment negates the unifying sentiment embodied in our original, de facto motto: E pluribus unum, of many, one.

Legislators are dividing millions of children along religious lines. More than one-third of younger Americans are nonreligious, including 21 percent who are either atheist or agnostic. These laws divide our public schools at a time when bullying is rampant and children are otherized for everything.

Brandon Reed, a MAGA politician who readily manipulates religion for political gain, sponsored the Arkansas law. Reed also sponsored a bill that created “A Day of Prayer for Kentucky’s Students” and his campaign video includes the religious motto as a hashtag.

But not all schools are acquiescing to Reed’s Christian nationalism or are willing to divide schoolchildren along religious lines. Fayetteville County Schools in Arkansas complied with the new law so as to minimize alienating children. The schools put up a single framed dollar bill. In response, Reed condemned the schools’ inclusivity as “spend[ing] time searching for silly loopholes” and playing “political games.” Imagine that. A politician who passed a law that serves no legitimate purpose, condemned a public school’s efforts to make all students feel welcome as wasteful

Project Blitz and legislators like Reed, who are willing to nationalize Christianity, threaten our Constitution. They endanger our government of the people, for the people, and by the people. They seek to use the machinery of the state to impose Christianity on a captive audience of schoolchildren. But that’s just the first step. In the end, if America doesn’t stand up to this Blitz, if our legislators don’t find their moral compass and a backbone, this country is going to wake up and discover just how much a secular government protected their freedoms. It can happen here. It is happening here.