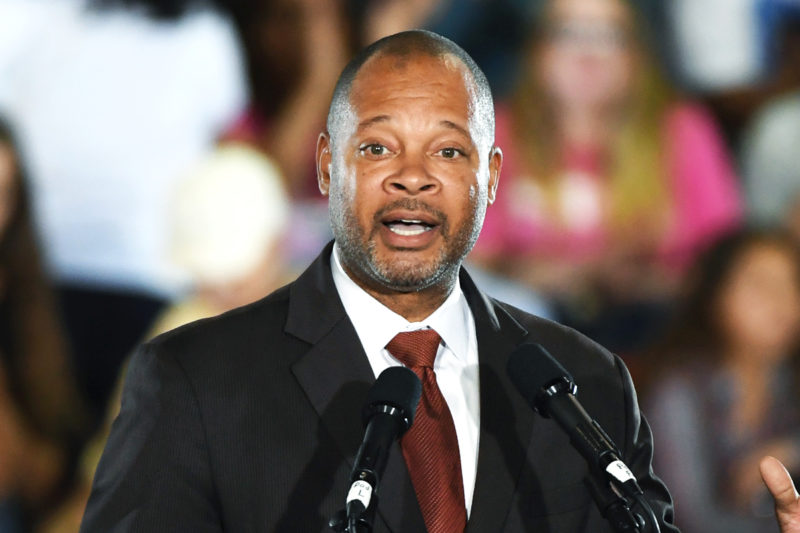 Let’s be clear: Attorneys general like me will not give up. Ethan Miller / Getty Images

Last week, Ohio became the latest state to pass a dangerous six-week abortion restriction: in practice, a near-total ban on abortion. As Nevada’s top lawyer, it is my job to know the law—both state and federal—and protect the people of my state. While extreme abortion bans like Ohio’s garner much-deserved attention, another kind of abortion ban is making its way through the courts.

In Kentucky, efforts are underway by GOP Gov. Matt Bevin’s administration to impose regulations that would create substantial obstacles for those seeking abortion care by requiring abortion clinics in the state to have signed agreements with an ambulance service and a hospital in the event of an emergency. These overly burdensome regulations would effectively close the doors to the EMW Women’s Surgical Center in Louisville, Kentucky’s only remaining abortion provider.

This kind of restriction may not be an outright ban. But it has the same effect: It helps to create a landscape where patients might have the right to an abortion on paper, but in reality, cannot access it at all. The idea is not new. But these attempts to curtail reproductive rights are becoming more aggressive as our U.S. Supreme Court becomes more conservative.

As a newly elected Democratic attorney general, I have seen how my colleagues and fellow Democratic AGs act as the “people’s lawyer” to protect their states and the issues that matter to their communities. That is why earlier this month I filed a “friend of the court” brief with the Sixth Circuit Court of Appeals, in support of last year’s ruling by U.S. District Judge Greg Stivers in EMW Women’s Surgical Center v. Meier that found Kentucky’s law unconstitutional. There is no question that a measure that would lead to the elimination of the last remaining abortion provider is in effect an abortion ban—and unconstitutional, too. Incremental restrictions like this Kentucky law have no medical benefit for patients and have been weaponized to erode a woman’s constitutional right to a safe and legal abortion. Pervasive attacks on access to safe, legal abortion anywhere are a threat to reproductive health everywhere.

Proponents of the Kentucky law also attempted to use the availability of reproductive health-care services in neighboring states as an excuse to restrict care in their own state. This resonated with me as well: Nevada voters passed a referendum years ago to ensure people in our state had access to abortion care. Other states cannot use this as an excuse to absolve them of their duty to respect their residents’ constitutional rights.

My Democratic attorney general colleagues agreed, and 19 of them joined me in support of our amicus brief. We told the court in no uncertain terms: The ultimate burden in this case—the elimination of the only abortion services provider in the state of Kentucky—amounts to an insurmountable obstacle for the people of Kentucky to access constitutional healthcare. Kentucky Attorney General Andy Beshear also eloquently argued against this regulation in a separate brief, and we support his efforts as well.

The legal fight to preserve abortion access in Kentucky and this multi-state amicus brief may not steal the headlines today or compel boycotts from Hollywood like the recent extreme bans in Ohio and Georgia, but if Kentucky succeeds in shutting down their only abortion provider and cuts off access to safe abortions, you’ll read about it when it is already too late for too many women and families. I refuse to let it happen in silence. I will sound the legal alarm bells, for that is something the people of Nevada elected me to do: fight for the rule of law.

The fight for comprehensive health care goes beyond abortion alone. That is why last month, I joined 19 of my colleagues in other states to fight Trump’s Title X “domestic gag rule,” a harmful policy that would dismantle the nation’s family planning programs, including health treatments and cancer screenings. When Trump went after the Teen Pregnancy Prevention Program, 21 Democratic attorneys general including me filed a brief opposing an abstinence-only curriculum that we knew would put young people at risk. And when Pennsylvania, New Jersey, and California filed lawsuits against Trump’s attempt to end birth control coverage under the Affordable Care Act, I filed briefs supporting my colleagues in defending our rights to health care.

Time may feel like it’s fleeting for those who need access to reproductive health care, including safe, legal abortion. The current administration is stacking the courts with conservative judges and making it harder for lawyers to defend our rights and freedoms. Our democracy is in jeopardy.

Let’s be clear: Attorneys general like me will not give up. Our system of checks and balances only works if we can rely on our judicial system. I recommit to the promise I made during my campaign: that I will always use the legal tools at my disposal to protect Nevada and our democracy. And as these attacks on our rights continue, I will fight for the rule of law, including access to safe, legal abortion.