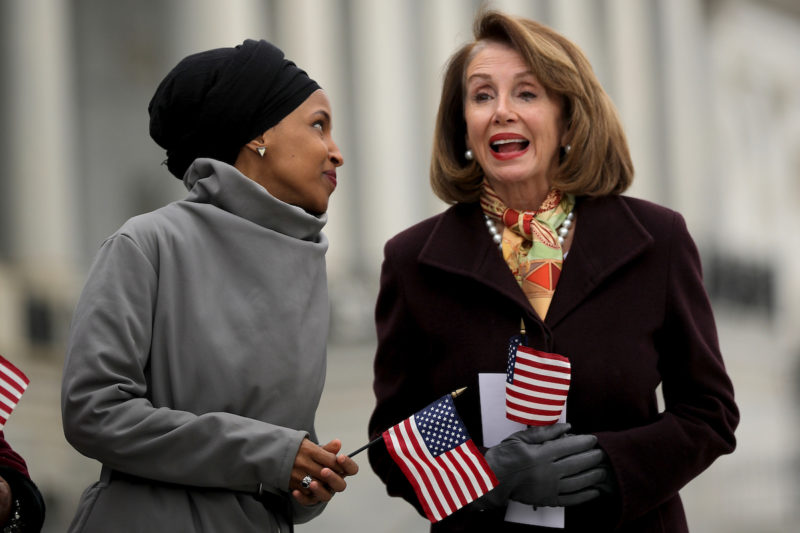 As a scholar of politics and religion I’ve been frustrated by the public discussion of Israel, Rep. Ilhan Omar and anti-Semitism. We are asked to take sides for or against Israel, for or against Ilhan Omar, and worst of all, for or against the Jewish people. How do we know if a sentiment or act is truly anti-Semitic or merely a critique of Israeli policy? Or the result of ignorance? It is difficult to know with certainty, and recognizing why is the first step in getting out of the dilemma.

It’s easy to assume that criticizing a “Jewish state” is anti-Semitic. But this is, of course, a mistake. It reduces a broad and immensely diverse set of political and theological traditions to a single set of state institutions and practices.

This problem is familiar to students of religion and politics. There is a tendency, and not only in the case of Israel, to collapse the distinction between a broad and shifting religious tradition and its state-sponsored (and always partial) realization. The potential for such reductionism is endemic to all traditions and all modern states. In his excellent new book, Constituting Religion, Tamir Moustafa has described the collapse of the distinction between Islam and projects of state Islamization and Islamic law in Malaysia.

The conflation in the Malaysian legal imaginary of a state-centric, racialized and ethnicized set of legal interpretations of Islam with Islam in all of its complexity and diversity, haunts the Malaysian legal system and society as a whole. It renders certain forms of solidarity unimaginable, certain ways of being and relating unfathomable, and certain understandings of both Islam and liberalism unthinkable.

This conflation sits at the troubled core of many contemporary misunderstandings of religion and state, in Malaysia and beyond, shaping popular consciousness, media representations, international advocacy, scholarly production, educational policy, and legal discourse. It has become more severe over the past few decades as religion has become increasingly judicialized and politicized. As one elderly ethnic Indian man explained to Moustafa, “Thirty-five years back, we didn’t have these issues. Everyone was happy. I went to school with the Chinese and Bumis [indigenous Southeast Asians]. We really mingled around. There was no problem. But now come a lot of issues. They are segregating the people. It is government policy that they’re segregating us.”

In the Israeli case, Judaism is reduced to state-sponsored political Zionism, and criticism of the latter is often depicted as an attack on the former. If, as Israel’s most impassioned defenders insist, it is by definition anti-Semitic to criticize the Jewish state, then any criticism of Israel is forcibly anti-Semitic. The Israeli state has every reason to support this narrative, and it does so wholeheartedly.

Israel has created a legal and sociological reality that reproduces a discriminatory religio-national hierarchy. It inoculates itself against criticism with the argument that it is anti-Semitic to acknowledge—not to mention criticize—that hierarchy because it dismisses the Jewish people’s right to self-determination. In the U.S. there is little room for dissent from this consensus. There is no room, some would say, for Judaism. There’s only room for Israel.

But Judaism, like Islam, is also comprised of a fluid set of traditions that encompasses many ways of being Jewish that are both contingent and coherent. It can be reduced to state law only with extraordinary interpretive license, power, and at times, violence. There is always a remainder. There is always another interpretation, another possible configuration of power, hierarchy and authority.

The media finds it challenging to report on these issues because, not surprisingly, all states that claim to represent a particular tradition claim to embody its most authentic and authoritative version. Who wants to become a theologian to challenge state establishments? Many liberals and leftist critics also prefer to quarantine discussions of religion. These conversations are difficult.

Ilhan Omar knows this now. But she speaks for many Americans when she expresses concern that the space for debate on U.S.-Israeli relations is constricted like almost no other in American politics. She is right that to stifle political and theological dissent and difference is no recipe for democracy. One way to open up that space is for Americans to stop using our views of the Israeli government as a measure of attachment to and respect for Judaism and the Jewish people. This may be a difficult conversation, but it is a necessary one.