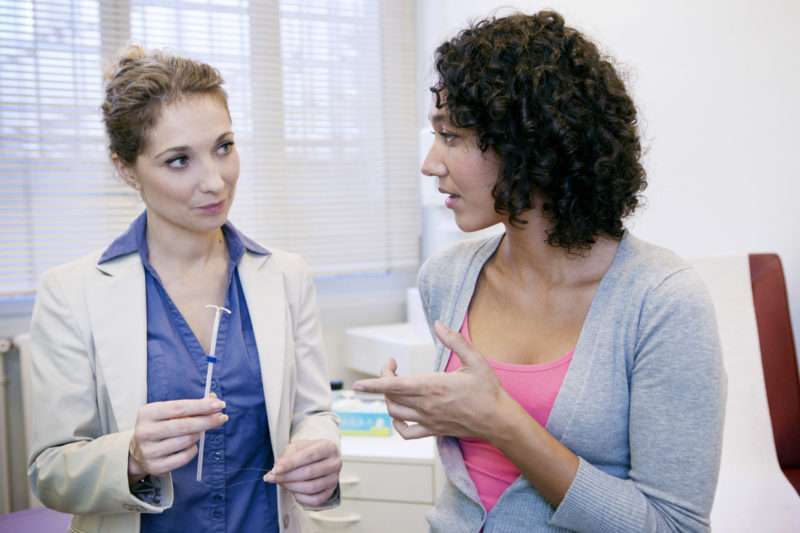 The FDA has not issued any major action or communication, such as a recall or safety warning, regarding Mirena. Image Point Fr

Bayer Healthcare Pharmaceuticals is facing hundreds of lawsuits over claims that its birth control product, Mirena, caused serious neurological side effects for women who used it.

The Mirena intrauterine device (IUD) is a t-shaped piece of plastic inserted into the uterus to prevent pregnancy. The device, which uses a hormone called levonorgestrel, was approved for sale in the United States by the FDA in 2000. Bayer estimates that the Mirena is the most-prescribed IUD in the United States, with 2 million women using it worldwide.

A new set of lawsuits consolidated in the U.S. District Court for the Southern District of New York claims that Mirena caused a neurological disorder that falsely resembles a tumor. The disorder is called pseudotumor cerebri, or idiopathic intracranial hypertension. The cause is unknown, but obesity, some medications, and various health problems are among the risk factors. According to the Mayo Clinic, symptoms include headaches, worsening vision, tinnitus, and nausea.

Currently, 856 cases—more than 150 filed in the last two months—are pending in the intracranial hypertension lawsuit against Bayer, according to the United States Judicial Panel on Multidistrict Litigation (MDL). The first cases were filed in December 2016. The federal court agreed to consolidate them in April 2017, meaning that a ruling will affect all the consolidated cases.

So far, experts note there is little medical literature supporting the claims that Mirena caused the plaintiff’s injuries—a major factor that will likely determine the outcome of the case.

IUDs have only recently become one of the most popular birth control options available in the United States. For more than a decade, the IUD was not considered a desirable option, due in part to the Dalkon Shield, an IUD that came on the market in 1970, harmed hundreds of thousands of women using it, and resulted in a class-action lawsuit against the manufacturer. Activists have also criticized the use of long-acting reversible contraception like IUDs on women of color as a coercive practice.

According to the CDC, the use of long-acting reversible contraceptive methods has increased nearly five times between 2002 and 2013. Guttmacher estimates the IUD is now the fourth most popular form of contraception on the market in the United States. There was also a reported uptick in the popularity of the IUD after the 2016 election. With new IUD models, like Liletta and Skyla becoming available, as well as the long-term affordability of the IUD compared to other methods, the IUD has become a well-known, highly effective birth control method. And the Mirena is one of the most popular models.

“The most popular IUDs that patients come asking for is the Mirena or Paragard,” Dr. Kristyn Brandi, an assistant professor of obstetrics, gynecology, and women’s health at Rutgers-New Jersey Medical School, told Rewire.News. “Patients for Mirena want long term birth control and typically will want something that makes their periods lighter or go away all together. Those are some of the benefits for Mirena.”

Mirena is also the IUD with the most complaints to the FDA. Since the FDA’s initial approval of Mirena in 2000, the federal agency has amassed 95,008 reports about the drug in its Adverse Events Reporting System, or FAERS. The number of complaints have risen as the IUD has gained popularity. Since 2007, complaints have increased tenfold. More than a third of the reports cite expulsion of the Mirena from the uterus (32,084) or dislocation of the device (10,793). Other complaints include genital or vaginal hemorrhaging (12,144) and pain (6,122). There were also reports of pregnancy using Mirena (3,971).

FDA spokesperson Deborah Kotz says that there are limitations to the data in the FAERS database, including duplicate and incomplete reports. Kotz also cautions that the rate of occurrence cannot be established with the reports. The under-reporting of events may be another factor. The exact number of people using the Mirena is unknown, so FDA data is not a complete picture of the actual number of adverse events experienced with it. Moreover, Kotz said, “Existence of a report does not establish causation: For any given report, there is no certainty that a suspected drug caused the reaction.”

In addition to reporting their complaints about Mirena—or any other drug or device—to the FDA through MedWatch, patients can report directly to Bayer through their Women’s Health hotline or online support page. At Bayer, a safety team reviews the adverse events, collects more information on the case, and follows up with the patient on a case-by-case basis.

The FDA also reviews reports of adverse events. The FDA has not issued any major action or communication, such as a recall or safety warning, regarding Mirena. Experts familiar with the FDA reporting process say this is likely because the majority of the complaints about Mirena refer to known side effects outlined in the product label, such as expulsion or perforation.

Madris Tomes, CEO and founder of Device Event, a company that analyzes FDA adverse event reports, suggests that a potential FDA action would likely be triggered by a critical mass of women showing side effects not known to be associated with Mirena at an unprecedented rate. Such was the case with another Bayer birth control device, Essure. The company is removing Essure from the market on December 31, 2018, claiming low sales, after the FDA issued a restriction on sale and distribution of the device earlier this year. Unlike the women behind the famed Essure Problems Facebook group, which has more than 40,000 members and leveraged congressional support to remove Essure from the market, users of Mirena are not politically organized. Dozens of Facebook groups citing Mirena problems exist, with membership ranging from just a few members to nearly 5,000. The FDA says it continues to monitor the safety of Mirena, as it does with all approved drug products.

Of the Mirena FDA complaints, 697 are reports of intracranial hypertension—the side effect at the center of hundreds of lawsuits filed since December 2016.

In a statement to Rewire.News, a Bayer representative said that an increasing number of cases of intracranial hypertension in levonorgestrel users have been submitted to the company, either directly originating from the litigation process or as a consequence of the associated public attention. Still, it says, the reporting rate for intracranial hypertension in levonorgestrel IUD users is low. Even accounting for under-reporting, “the observed rates do not indicate an increased risk in a population,” the manufacturer said in a statement to Rewire.News.

“The reporting frequency of post-marketing reports on intracranial hypertension in Mirena users has in recent years been influenced by the ongoing litigation,” Bayer’s representative said. “The observed increase in reporting rates per se does not, therefore, represent a safety signal.”

A 2015 medical study by Dr. Mahyar Etminan surveyed FDA’s adverse event reports and found “a higher than expected number” of reports in the FAERS database of intracranial hypertension related to the use of Mirena. The study called for further investigation of the relationship between Mirena and intracranial hypertension. But Dr. Etminan’s study came under fire for its faulty analysis of available data, and later, Dr. Etminan admitted his study had methodological flaws and that he was being paid by the lawyers suing Bayer, which he did not disclose at the time his article was published. “As the lead author of this article, I acknowledge that neither of the analyses in the article provide evidence that Mirena use increases the risk for intracranial hypertension,” Dr. Etminan said in a sworn affidavit.

A 2017 study found that women who use a levonorgestrel IUD like Mirena may have increased risk of developing the false tumors, but does not suggest that the IUD itself can cause them.

Dr. Brandi also says more research would be needed to prove that Mirena is causing intracranial hypertension. It is not one of the known side effects included in the manufacturer’s label for the device, a significant detail in the multi-district litigation. Plaintiffs could argue that Bayer did not adequately warn them it was a possible outcome of using Mirena.

Side effects outlined in the label are considered known risks to the manufacturer, the FDA, providers, and patients. The prioritized warnings in the label pertain to complications with getting pregnant on Mirena (such as ectopic pregnancy, septic abortion, and miscarriage), pelvic inflammatory disease, irregular bleeding, perforation and expulsion.

“I always tell my patients these are the typical side effects that we have studied that we think are related to the IUD,” said Dr. Brandi. “But we don’t have all the evidence.”

Dr. Brandi says that providers should listen to any side effects their patients experience when using a new drug, regardless of whether or not they are outlined in the drug label. In choosing their birth control methods, patients should consider the potential side effects along with the benefits of preventing pregnancy.

Many providers stress that any potential risks associated with Mirena are rare.

Dr. Adam Jacobs, medical director of the division of family planning at the Mount Sinai Health System, says that the Mirena IUD has far less risk associated with it than many commonly prescribed medical devices on the market.

Still, as Mirena has gotten more popular, Bayer has faced an increase in litigation over side effects.

As of October 2018, there has been a total of 2,300 lawsuits against Bayer for the Mirena device, according to the manufacturer’s third-quarter annual report. Most were claims that the Mirena perforated the uterus, migrated, or was expelled. In July 2016, a federal judge ruled in favor of Bayer in nearly 1,300 lawsuits claiming perforation or migration injuries from the Mirena. In that ruling, the federal judge decided that the plaintiffs were unable to prove that the Mirena was the cause of the plaintiffs’ injuries. (The judge had earlier excluded the testimony of the plaintiffs’ medical experts, finding them unreliable.) In April 2018, Bayer offered $12.2 million to settle 4,600 perforation cases.

Kirsten Thompson, program and communications director at the Bixby Center for Global Reproductive Health, said that the increase in lawsuits against the birth control manufacturer isn’t a recent phenomena.

“Over the years there has been a steady stream of lawsuits [against Mirena]. That’s not new,” said Thompson.

But now lawyers can now find plaintiffs by using targeted advertising online. Once they believe they have a successful causation claim, they may be likely to take on more related cases.

“My impression from speaking to physicians about these types of cases,” Thompson said, “is that it’s cookie cutter. If someone has a claim they think will be successful, a bunch of other people will take it up.”

Betsy Barnes, an attorney for Morris Bart LLC representing clients in the intracranial hypertension multi-district litigation, says that lawyers are filing more cases and that this suit has a better chance of proving that Mirena caused plaintiff’s injuries than the 2016 perforation case did. In October, however, U.S. District Judge Paul Engelmayer ruled that as with the perforation case, none of the plaintiffs’ expert witnesses will be allowed to testify.

As the complaints continue to be filed, health providers and the FDA also underscore the risk-benefit assessment of using Mirena.

“Unfortunately, there is no such thing as a drug or device or any medical product that is risk free,” said the FDA’s Kotz.