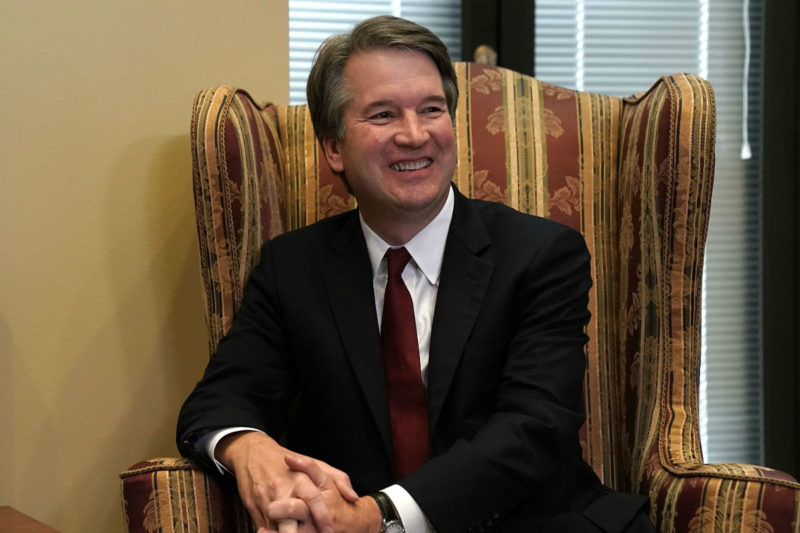 Summer as a 19-year-old was wonderful. My life was on the track I wanted. I had a paid internship with a prestigious Wall Street firm, a year of an Ivy League education under my belt, and a clear path ahead for wherever I decided to take my career. There was nothing but opportunity on my horizon, until an unintended pregnancy threatened to curb my aspirations.

However, within a week or two of missing my period, I walked into Planned Parenthood, cash in hand, for a medication abortion. Just like that, my life was back on track. I finished my internship, completed my college education, went on to law school, and became a constitutional lawyer.

My situation was ideal, but it was also rare. I lived in New York City, where there were accessible abortion providers; I had no children to arrange care for; I was able to take the time that I needed off my internship; and I could pay up-front for my abortion. Most people in the United States don’t live close to an abortion provider they trust, don’t have paid time off work, or can’t afford the cost of an abortion. Too often, access to abortion care depends on your ZIP code. And instead of making abortion more accessible, President Donald Trump has promised to end federal constitutional protection for abortion and to punish people who seek such health care.

While a candidate for President, Trump vowed to appoint “pro-life” judges to the Supreme Court so that Roe v. Wade, the landmark decision recognizing our fundamental right to abortion, would be overturned “automatically.” And now he has nominated Judge Brett Kavanaugh to replace retiring Justice Anthony Kennedy on our nation’s highest court, with hearings scheduled to begin next week.

Justice Kennedy, though he often upheld restrictions that make accessing abortion difficult, was a reliable vote to ensure that Roe v. Wade still had tangible meaning in the United States. In 1992, Kennedy voted to reaffirm the core holding of Roe in Planned Parenthood v. Casey; he did so again, in Whole Woman’s Health v. Hellerstedt, in 2016. With Justice Kennedy’s retirement, the Supreme Court is split down the middle, with four conservative justices hostile to Roe and the protection of individual liberty, dignity, and equality. As a result, Roe is at risk, and Brett Kavanaugh could tip the scales against it.

Judge Kavanaugh’s record suggests he may have passed Trump’s litmus test for a Supreme Court nomination quite easily. As a judge, he tried to stop a detained immigrant minor from accessing the abortion care she wanted. He denounced the court’s ruling, which vindicated her right to do so, as a “radical” one that guaranteed “abortion on demand.” In a 2017 speech, he praised Chief Justice William Rehnquist’s dissent in Roe and his decades-long mission to overturn the decision. And just last week during his interview with Republican Sen. Susan Collins of Maine, he agreed with Chief Justice John Roberts’ view that Roe is “entitled to respect under principles of stare decisis,” or settled law—the same Chief Justice Roberts who in 2007 and 2016 voted to limit access to abortion.

Should Judge Kavanaugh become Justice Kavanaugh, he will have the power to continue Chief Justice Rehnquist’s work and fulfill Trump’s pledge to overturn Roe v. Wade and leave “the states [with] . . . the power to legislate with regard to this matter,” as Judge Kavanaugh said. The problem is, most states are already seeking to roll back the promise of Roe. In the first quarter of 2018 alone, 37 states introduced 308 new abortion restrictions, including pre-viability bans, procedure bans, increased waiting periods, and restrictive requirements placed on abortion providers that are not required of other health-care professionals.

But what does that really mean for people like you and me?

It means that if legislative attacks on Roe stand, the fundamental right to abortion could be stripped away from millions of people, with the impact falling hardest on low-income people, young people, people of color, and immigrants. Clinics will continue to close, getting an abortion will take even longer and thus be more expensive, and more people will be forced into carrying unwanted pregnancies, increasing their chances of falling into poverty and being the victim of domestic violence.

According to a report by the Center for Reproductive Rights, if the Supreme Court were to go so far as to overturn Roe, 22 states could soon thereafter ban abortion outright, with four of them outlawing abortion automatically upon the Court’s decision. An additional 11 states, with their current legislative composition, would likely pass legislation to ban the procedure. At least 37 million people of reproductive age living in those states would be stripped of their liberty and may be forced to take illegal measures. For history has taught us illegal abortion does not lead to less abortion—it leads to unsafe, deadly abortion.

This is not how the Constitution is meant to work. A fundamental, enumerated right like liberty—which includes bodily integrity, autonomy, and basic dignity, and is essential to women’s equal citizenship stature—is not meant to be enjoyed in only certain pockets of our country or only by those who can afford to travel to a place where it’s recognized. Our supreme law must apply to each of us equally.

Judge Kavanaugh’s record strongly suggests he would downgrade the right to abortion. In his dangerous view, it is a part of the “free-wheeling judicial creation of unenumerated rights that were not rooted in the nation’s history and tradition.” But history shows that the framers of the 14th Amendment wrote that amendment with sweeping language to provide broad protections for substantive liberty—not limited to rights enumerated elsewhere in the Constitution—to secure equal citizenship status for men and women of all races and classes alike. During the debates on the amendment, the framers lambasted the treatment of enslaved families. They decried women being forced to bear children, couples being denied the right to marry and often separated, and children being taken from their parents. To remedy this horror, they wrote the 14th Amendment to guarantee basic rights of personal liberty and bodily integrity to all, including if, when, and how to have a family. As Justice Ruth Bader Ginsburg once wrote, the 14th Amendment guarantees “a woman’s autonomy to determine her life course, and thus to enjoy equal citizenship stature.”

In both being able to choose it and in having it, my abortion gave me what Justice Ginsburg described and so many cis men take for granted: the power to determine my life course for myself. I am where I am now because of decisions I made and support provided by my loved ones. I cannot imagine where I would be now had I been forced to carry an unwanted pregnancy to term—if I would have been able to survive childbirth as a Black woman in the United States at all. It is the unimaginable that fuels my concerns about Judge Kavanaugh as a potential Supreme Court justice.

With the constitutional right to abortion on the line, Judge Kavanaugh should not be allowed to evade questions about our fundamental rights during his confirmation hearing next week like he did before, during his nomination hearing to the D.C. Circuit in 2006. The Senate must only confirm a justice who affirmatively declares that they believe the Constitution protects individual liberty and the right of all people to make personal decisions about their bodies and personal relationships—including the right to have an abortion.