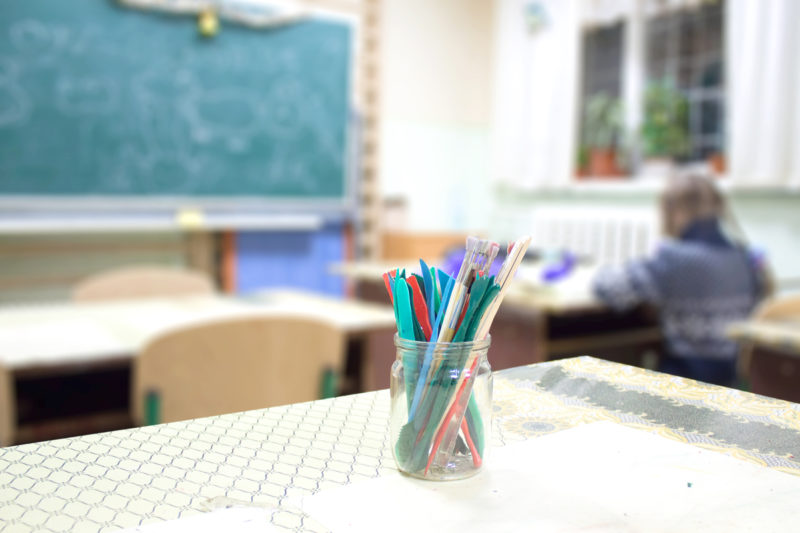 Roughly 40 percent of the money raised by the initiative would be spent on K-12 schools and community colleges. Shutterstock

The ballot measure would be the first to ask California voters to overhaul a popular 1978 proposition that capped property taxes—and instead regularly tax big business properties based on the fair market value.

“We’re asking for companies like Disneyland or Universal Studios that make huge amounts of money to pay property taxes based on fair market value—the same thing that homeowners and, frankly, most businesses have to do,” said Josh Pechthalt, president of the California Federation of Teachers, which is part of a broad coalition that’s backing the measure.

In a series of press conferences Tuesday, the group, which calls itself Schools and Communities First, announced it had turned in more than 860,000 signatures—far more than the 585,407 needed to put the proposition on the November 2020 statewide ballot.

“The state of California has suffered under Proposition 13 for decades,” Rep. Karen Bass (D-Los Angeles) said on Tuesday at a Los Angeles press conference.

Roughly 40 percent of the money raised by the initiative would be spent on K-12 schools and community colleges. The money is sorely needed to combat overcrowded classrooms, fund adequate school supplies, and hire support staff, said Pechthalt, a 22-year teaching veteran of Los Angeles schools.

“Californians and California students have lost out on billions of dollars that have robbed them of the kind of education they deserve,” he said.

Passed by nearly two-thirds of statewide voters in the 1970s who feared being priced out of their homes, Proposition 13 capped tax increases on homes and business properties at 2 percent a year, as long as the property was not sold. The new voter initiative would partially change that, requiring commercial and industrial properties—but not homes or agricultural land—to be regularly reassessed and taxed at market value. Small businesses would be exempt, such as those with holdings worth less than a total of $2 million.

If passed by voters, the proposal would funnel up to $10 billion a year to local communities and schools, a recent nonpartisan state analysis found.

Critics of the proposed measure, such as CalChamber, warn that in a state with high property values, the measure could force large employers to pass higher costs on to consumers, cut back on hiring, or flee to low-tax states.

The nonpartisan Legislative Analyst’s Office found the proposal would increase taxes on many businesses; it called the effect on the state economy “uncertain.”

A possible vote on the initiative is more than two years away. Meantime, Pechthalt said they expect opponents, like the Howard Jarvis Taxpayers Association to wage a “very expensive campaign that frightens people.” The association has brought legal action against a wide range of taxes in California.