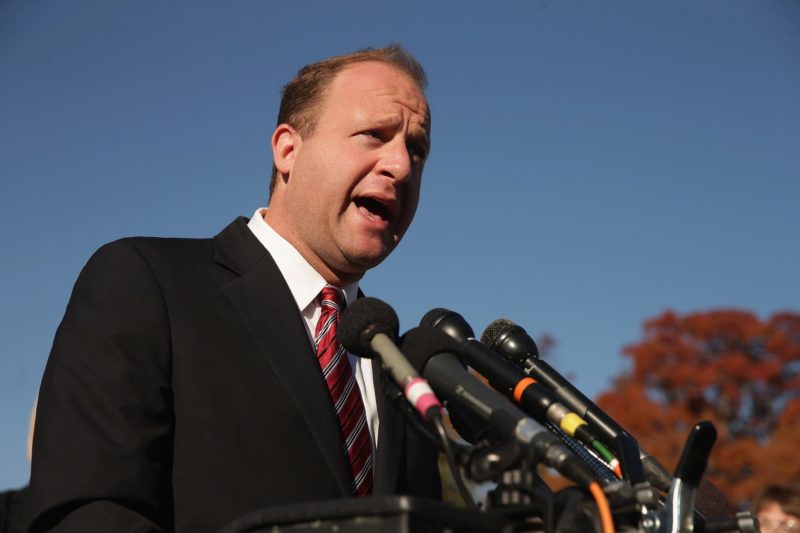 A recent poll shows Polis leading the Democratic pack, though about four in ten voters are undecided. Chip Somodevilla/Getty Images

A labor dispute between a union and Planned Parenthood has spilled into Colorado’s gubernatorial race.

At the Working People’s Forum on Race, Class, and Justice on June 2, an audience member stood at a microphone and told all four Democratic gubernatorial candidates that he’s seen workers facing “obstacles” in Colorado in organizing a union at Planned Parenthood of the Rocky Mountains (PPRM) and at Denver International Airport (DIA). He asked the candidates to tell him what he or she would say to a “boss opposing workers’ fight for a better life by forming a union.”

Democrats at the labor forum spoke in support of labor rights generally, with some siding more clearly with PPRM workers in the dispute, which has stalled the formation of a union at 14 of 18 PPRM clinics in Colorado.

“I will say to Planned Parenthood, and I have told [PPRM Director] Vicki Cowart this privately, and I would say it publicly,” U.S. Rep. Jared Polis (D) of Boulder said at the forum.”The workers have voted. Give them their union. Don’t do an end-run around the people who work at Planned Parenthood providing reproductive health services to people, women and some men, every day. They voted for good reasons—for better security, for better pay and for better benefits. Let’s start the negotiations. Let’s stop the delays.”

A recent poll shows Polis leading the Democratic pack, though about four in ten voters are undecided.

“When you look at what’s happening right now, and the question was specific to the issue of Planned Parenthood, we absolutely have to defend the right to vote, to organize,” said Kennedy, whose campaign did not respond to a Rewire.News email seeking further comment. “You can clap for that. And we should never see workers fired because they were simply trying to participate in organizing labor. It is against the law.”

None of the four Republican candidates for governor responded to an email from Rewire.News seeking their opinions on the labor dispute.

In November, federal regulators approved a plan by Service Employees International Union (SEIU) Local 105 to unionize at 14 of 18 PPRM clinics in Colorado. Planned Parenthood fought the proposal, arguing it would welcome a union but only if it were approved by all of its workers at 24 clinics in Colorado, New Mexico, and Nevada.

After workers at the 14 clinics in Colorado voted in December for the union, PPRM lodged a successful appeal to the National Labor Relations Board, whose 2 to 1 vote in April against SEIU, with two Trump appointees in favor, has put the union effort on hold.

Planned Parenthood has stated that it values its “long history of our partnership with unions” and would welcome a unionized workforce, but it appealed SEIU’s vote to federal regulators because only 40 percent of its workers voted for the union.

PPRM workers recently delivered a petition to PPRM requesting the health organization drop its NLRB appeal and allow the formation of a union at 14 of its 18 clinics in Colorado.