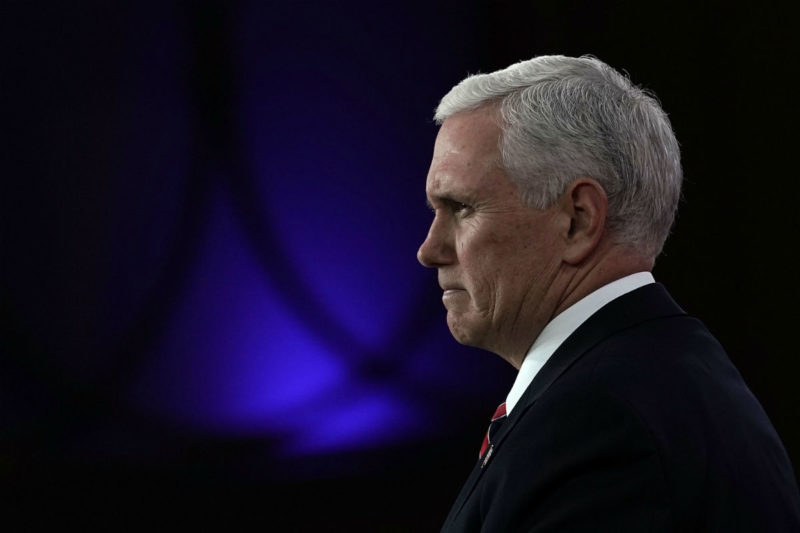 Two weeks ago, the U.S. Seventh Circuit Court ruled that an Indiana abortion ban based on the race, gender, or apparent disability of the fetus—originally signed as part of an omnibus law by then-Gov. Mike Pence in 2016—is unconstitutional. Alex Wong / Getty

Two weeks ago, the U.S. Seventh Circuit Court ruled that an Indiana abortion ban based on the race, gender, or apparent disability of the fetus—originally signed as part of an omnibus law by then-Gov. Mike Pence in 2016—is unconstitutional. We should celebrate this as a victory in that it sends a strong message to lawmakers considering similar abortion bans in the future. We should also, however, realize the ruling’s potential for inspiring and restructuring the legal groundwork that can help make reproductive justice a reality for all.

Sex-selective abortion bans have been one of the most popular types of abortion bans, especially after 2013. These bans are based on the misguided and racist assumption that Asian American women exhibit a preference for sons over daughters. For instance, the Prenatal Nondiscrimination Act of 2013, which would have enacted these restrictions on a federal level, lays bare the racist beliefs behind the so-called need for a sex-selective abortion ban: “Evidence strongly suggests that some Americans are exercising sex-selection abortion practices within the United States consistent with discriminatory practices common to their country of origin, or the country to which they trace their ancestry.”

A 2014 report from the National Asian Pacific American Women’s Forum (NAPAWF) showed just the opposite: Chinese, Korean, and Indian American women are, on average, actually having more female babies than white American women.

Many proponents of these sex-selective bans, including former Gov. Pence, claim a concern for the well-being of babies and women. Yet, they have otherwise failed to commit themselves to advancing equity and protections along those lines.

In fact, sex-selective bans are just the latest iteration of laws that aim to silence women and take away their bodily autonomy. Lawmakers have tried for decades to convince voters that women do not deserve abortion access, citing all kinds of unfounded reasoning. They have used a variety of tactics—including misinformation, deception, and xenophobia—in attempts to pass these abortion bans.

Women of color especially have found themselves at greater risk of losing reproductive care as a result of these kinds of actions. In particular, attacks on Planned Parenthood, the attempted rollback of the Affordable Care Act, and increasingly restrictive abortion laws all disproportionately impact non-white women. The examples are simply too numerous to list in full. In March, lawmakers in Mississippi moved to pass the “Gestational Age Act,” banning all abortions after 15 weeks of pregnancy. This is one of the nation’s most restrictive abortion bans yet, and one that local activists say will hurt Black women who need abortion care the most. In another case from a few weeks ago, the Missouri House passed HB 1867, a race- and sex-selective abortion ban that targets women of color—in particular, Asian American women.

Pregnant women who live in rural areas may find it more difficult to access abortion services as well: 27 percent of women live at least 30 miles from the nearest abortion clinic, and some have to travel upwards of 100 miles just to learn their reproductive health options. As of early this year, six states in the country were only home to one abortion clinic each. Repeated state legislation has made it financially or legally difficult for many of these clinics to continue their operations, resulting in closings at a record pace. And, since 1976, the Hyde Amendment has prevented federal funds from covering abortion services—rendering millions of low-income women unable to access important reproductive care that they may desperately need. To make it worse, 11 individual states also have laws in effect restricting private insurance coverage of abortion, and dozens more restrict abortion coverage through health exchanges.

What’s more, hundreds of fake women’s health centers—known as “crisis pregnancy centers“—have popped up all over the country, creating a dangerous atmosphere in which women are unable to make informed decisions about their pregnancy. At these fake health centers, staff with frequently little to no medical training attempt to talk or coerce women into keeping their baby, regardless of the health consequences for the mother or the child.

Women’s reproductive rights are being attacked from every angle possible, but this recent victory is one step in the right direction: It shows us that these “selective” abortion bans are not constitutional. In fact, in his ruling, Circuit Judge William Bauer wrote, “The Supreme Court has been clear: the State may inform a woman’s decision before viability, but it cannot prohibit it.” It couldn’t be more obvious that these “race- and sex-selective” abortion bans are simply smokescreens used to cover up the fact that lawmakers are trying to take abortion access away from our most vulnerable communities.

What happened last month lays the groundwork for an understanding of reproductive justice that achieves an intersectional understanding of race, sex, and gender. If lawmakers want to help pregnant women, they should focus on empowering them to make their own decisions when it comes to reproductive health instead of using fear and shame to shut down abortion access. This means making proper sex education and safe, informed health care for girls and women a reality, which has been proven time and time again to not only greatly reduce rates of unplanned pregnancies, but also help people stay more healthy.

For decades, anti-choice activists and conservative lawmakers have tried every trick in the book, from vague language to medical misinformation and fear-mongering, to convince the public that we should not have abortion care. But last month’s circuit court ruling has confirmed that their misguided laws are actually unconstitutional. Isn’t it time elected officials stopped taking advantage of the law to shame women for making choices about their reproductive health, and instead, listened to us about what we actually want?