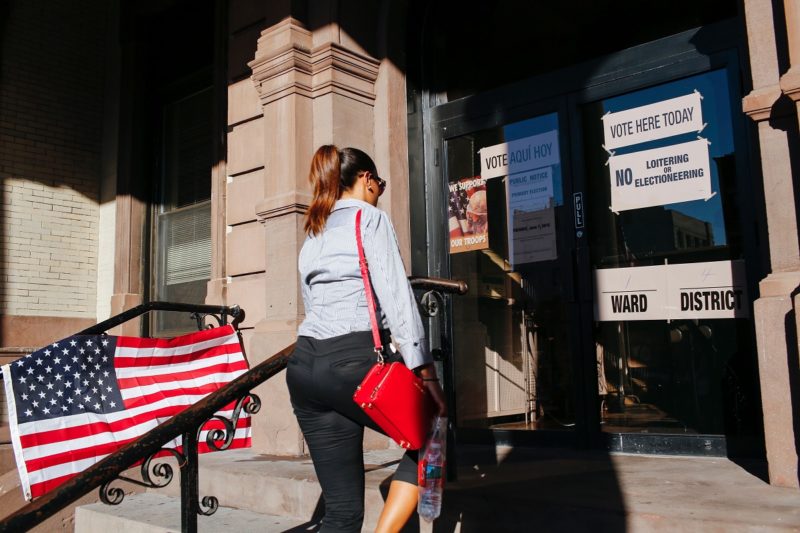 New Jersey on Tuesday became the 13th state to pass a law mandating automatic voter registration as part of a pushback against Republican-backed voting restrictions across the United States.

Automatic voter registration makes it easier for citizens to register, unless they decline. The reforms range from automatically signing up registrants at agencies like the registry of motor vehicles to Election Day registration and pre-registering people who are 16 or 17 years old. If every state adopted automatic voter registration, the United States would add more than 22 million voters in the first year alone, the Center for American Progress projects.

The push for automatic voter registration in Democratic-held legislatures comes on the heels of escalating attacks on voting rights in the Trump era. Twenty-three states passed new voting restrictions between 2010 and 2017 in what GOP officials have described as an effort to keep the vote “clean and honest,” but in reality keeps thousands from voting at all. These voter suppression measures affect low-income communities and people of color who are historically more likely to vote for progressive candidates.

“The more eligible people who are registered to vote, the stronger our democracy will be,” Murphy noted on Twitter. “Registering to vote should be simple and seamless. New Jersey will lead the nation in a whole-of-government approach in ensuring that voting rights are protected.”

The voter registration reform is expected to dramatically increase voter turnout. It could add more than half a million voters in New Jersey, and about 400,000 each in Maryland and Washington state.

The first to enact automatic voter registration in 2016, Oregon registered 270,000 new voters and saw the largest turnout increase of any state during the last presidential election, The Nation reported.

The United States lags behind other developed nations in voter participation. About 55.7 percent of eligible voters cast ballots in the 2016 presidential election, while, in 2014, 87.2 percent voted in elections in Belgium, and 82.6 percent turned out in Sweden, according to a Pew Research Center study.

The 2016 election saw an uptick in turnout compared with 2012, despite the voter suppression tactics of state-level Republicans. But the Black voter turnout rate declined.

Republicans “often raise the specter of voter fraud—including aforementioned baseless fears that people will vote twice or cast ballots under the names of the deceased—in order to push voter laws that disproportionately affect voters of color and those with low incomes,” as Rewire.News reporter Ally Boguhn wrote last year

Claiming voter fraud and “rigged elections,” Trump created a voter fraud commission last summer that disbanded in January without producing any evidence of widespread voter fraud in the United States.

A Brennan Center survey of 42 local jurisdictions found 30 suspected incidents of noncitizen or fraudulent voting out of more 23 million ballots cast in those places in 2016. “The absence of fraud reinforces a wide consensus among scholars, journalists, and election administrators: Voter fraud of any kind, including noncitizen voting, is rare,” the report states.