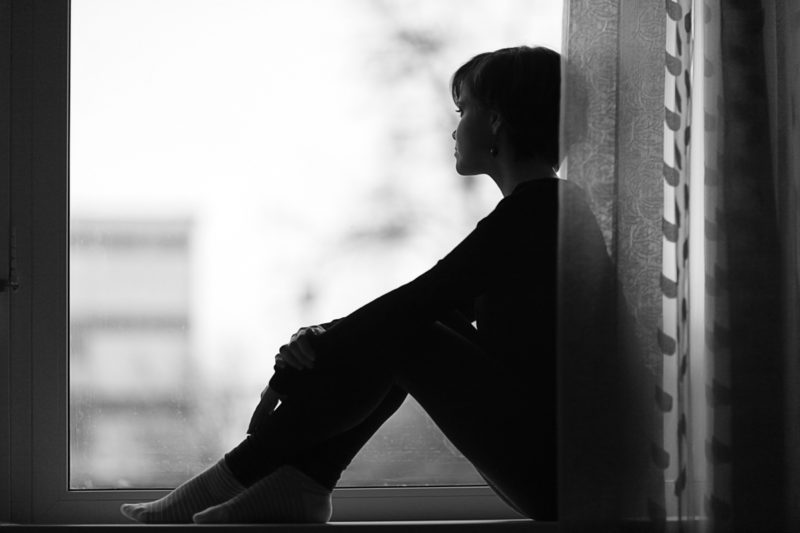 Research has shown that state child welfare agencies can fail to provide children exiting the system with the proper resources and tools that prepare them for independent adulthood. The lack of aid threatens a youth's health and stability, increasing their risk of joblessness and homelessness. Shutterstock

Statistics show that, every year, thousands of children in the U.S. foster care system are sexually exploited by traffickers who prey on their vulnerability. These kids are easily targeted, advocates say, in part because of a flawed child welfare system that often fails to provide them with proper support and protection.

Still, there exists a dearth of available government data tracking foster care youth who’ve been sexually exploited. That would have changed with the Obama-era Preventing Sex Trafficking and Strengthening Families Act, which reformed state reporting requirements regarding foster youth and sex trafficking. But the Trump administration has recently decided to delay key data collection provisions of the 2014 law for the next two years, meaning that advocates will have to wait even longer for a better sense of how many victims are in the system.

They fear that will only put foster care youth more at risk—especially when they age out of the system. “It blows my mind,” Elizabeth Pitman Gretter, senior staff attorney at Children’s Rights, a national watch group advocating on behalf of abused and neglected children, told Rewire.News. “It’s such critical information and we are already well-past the time where the states should be able to do it and should be doing it.”

Although some government-funded research does exist on the link between sex trafficking and the U.S. child welfare system, advocates say there’s not enough to capture the full breadth of the crisis.

“If you’re not tracking and don’t know who these kids are, you can’t really pinpoint those trends,” Pitman Gretter told Rewire.News.

What advocates do know is that, in 2013, at least 60 percent of child sex trafficking victims recovered in a nationwide FBI raid had spent time in foster care or group homes, according to the National Foster Youth Institute. Advocates say that foster children and children in group homes are disproportionately sexually exploited because unstable housing, past trauma, a volatile living arrangement, or a lack of emotional and cultural support from their foster caregivers can make them more vulnerable to a trafficker’s recruitment tactics.

There’s also some state data available that reveals how many foster care youth are trafficked each year across the United States. In California, for example, between 50 to 80 percent of child sex trafficking victims identified in 2012 had contact with the state’s child welfare system, according to CAS Research and Education, a nonprofit human rights group. That same year, the Department of Children and Families in Connecticut reported that 86 trafficking victims identified in the state were involved in child welfare, with many living in foster care or group homes. And a 2014 State Policy Advocacy and Reform Center report found that, in New York state, up to 85 percent of sexually exploited children had a history with child protective services.

These statistics paint a rough picture of how often traffickers target vulnerable youth in foster care or group homes. But new data is available only sporadically, and it is often difficult to find, and rarely current, advocates say.

“This data is necessary if we’re ever really going to be able to know what services need to be in place to prevent trafficking or support victims,” Will Francis, government relations director for the Texas Chapter of the National Association of Social Workers, told Rewire.News.

Without the information, Francis continued, “it puts a big black hole in the middle of the foster care system and the agencies working with these young adults.”

Advocates say collecting this data is crucial to improving the lives of sex trafficking victims in the foster care system. It will allow agencies and policymakers to better identify risk factors and vulnerabilities and allocate resources needed to both prevent sexual exploitation and provide support to victims in the system and as they age out of it, they say. Some of those preventive and supportive services advocates highlight include training caseworkers to identify vulnerabilities among youth; trauma-informed training for foster parents; trauma-based medical and mental health care for foster children and children in group homes; and empowerment workshops for kids in the child welfare system.

That’s where the Preventing Sex Trafficking and Strengthening Families Act comes in. As part of the legislation, state child welfare agencies are required to report the number of children in their care who experienced sex trafficking, as well as current and former foster youth at high risk of exploitation, to the U.S. Department of Health and Human Services (HHS) through the Adoption and Foster Care Analysis and Reporting System (AFCARS). In turn, HHS would report this data to Congress and make the information available to the public.

State agencies were already a year into updating data collection systems by the law’s 2019 deadline when, in the fall, the Trump administration issued a rule delaying the reporting requirements by two years. In response, Sen. Ron Wyden (D-OR) and Rep. Danny K. Davis  (D-IL) submitted a joint letter on February 13 to HHS Secretary Alex Azar urging his agency to move forward with implementing those provisions, instead of “blocking critical information that could be used to support some of the most vulnerable people in our society—foster children who have fallen prey to sex traffickers,” Wyden told Rewire.News via email.

“With this information, lawmakers could identify gaps in the child welfare system and make changes that could better support survivors of trafficking and foster youth who may be at risk of being trafficked,” he continued. “The bottom line is better information will mean better protection for vulnerable youth.”

A HHS spokesperson told Rewire.News earlier this month that the agency has received the letter and will soon respond.

But on March 15, HHS reissued the rule, this time tacking on a 30-day comment period that ends April 16. The updated notice, in effect, pushes back the AFCARS reporting deadline to 2021.

“Trafficking of children is a horrific crime and an all-too-real ongoing threat to children in the system,” Ira Cohen, Rep. Davis’ director of issues and communications, told Rewire.News via email. “Congress has found that the lack of information is exposing foster children to avoidable risk of exploitation and failure to provide that follow-up care. The delay in updating AFCARS reduces our ability to minimize that risk.”

It’s not just about kids currently in the system. Advocates say this data is also critical to helping the more than 20,000 youth who age out of or are emancipated from foster care each year. Research has shown that state child welfare agencies can fail to provide children exiting the system with the proper resources and tools that prepare them for independent adulthood. The lack of aid threatens a youth’s health and stability, increasing their risk of joblessness and homelessness.

Without family, housing, or financial support, former foster youth are left vulnerable to exploitation as a means to survive, particularly if they have been victimized before, advocates say. But there is also no clear data available quantifying how many young adults have been trafficked or exploited after they’ve left the system.

The new reporting requirements could have shed light on that. Information from state agencies on foster kids who’ve been trafficked for sex or are at high risk of exploitation would tighten the link between foster care and human trafficking. It would give advocates a better sense of patterns and behaviors among traffickers and their victims. In turn, that can inform more effective prevention efforts, as well as supportive services made available to youth well past their time in foster care.

“Once they leave care, it’s more more challenging to work with them, so when we do work with them, we need to have a reference point to look back to,” Francis told Rewire.News. With the delay, he added, “we’re really losing that.”