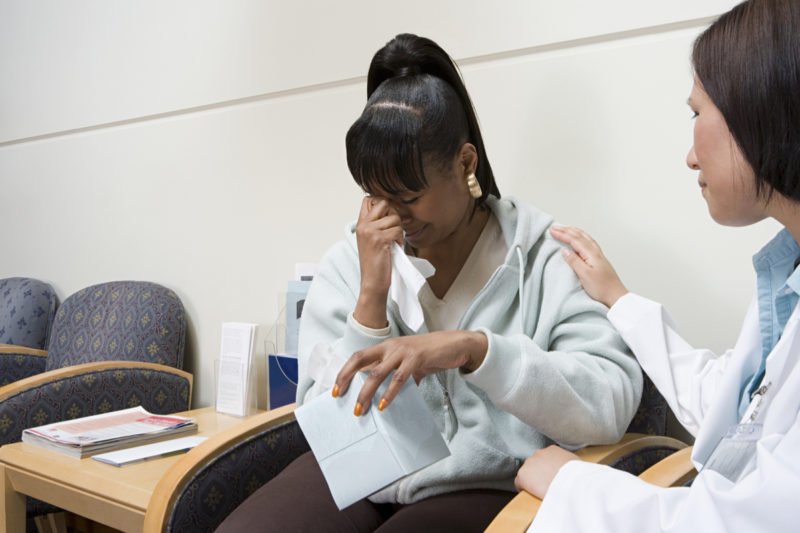 The Republican-held Indiana legislature last week approved final passage of a bill that would allow anyone who causes the death of a pregnant person to be charged for the death of her fetus. Reproductive rights advocates charge this continues the trend of criminalizing pregnant people for negative pregnancy outcomes.

Prosecutors under current state law are permitted to file charges if the fetus had attained viability.

Thirty-eight states allow a person to be charged with homicide if they are alleged to be responsible for the unlawful death of a fetus, and at least 23 states have fetal homicide laws that apply to the earliest stages of pregnancy, according to the National Conference of State Legislatures.

Elizabeth Nash, senior state issues manager at the Guttmacher Institute, told Rewire.News that fetal homicide laws are intentionally drafted to curtail reproductive rights. “They are attempting to create a legal framework that could be used to support a rollback of abortion rights—by essentially giving a fetus legal standing,” Nash said. “That is incredibly important if you’re trying to protect abortion rights.”

These laws have been used to prosecute people for negative pregnancy outcomes. The GOP legislation comes in the wake the prosecution of Purvi Patel, an Indiana woman who was convicted of feticide and felony neglect of a dependent for a self-induced abortion and sentenced to 41 years in prison. Patel’s conviction of feticide was later vacated by the Indiana Court of Appeals, and in September 2016, Patel was released from jail after being incarcerated for more than 18 months.

Farah Diaz-Tello, senior counsel for the SIA Legal Team, told Rewire.News that legislation expanding the definition of a fetal victim to include earlier stages in pregnancy are one of the many tools abortion rights foes deploy in their coordinated effort to establish legal personhood.

“If they are successful in securing the same constitutional rights for a pregnancy as for a pregnant person, they could potentially nullify the right to abortion completely,” Diaz-Tello said.

The bill had broad bipartisan support, and was passed by the senate with a 42-6 vote and passed by the house with a 96-0 vote. The bill has been delivered to Gov. Eric Holcomb (R), who is expected to sign the bill into law.

There were some lawmakers and reproductive rights advocates who raised concerns about the bill’s unintended consequences.

During a senate committee hearing on the bill, Sen. Tim Lanane (D-Anderson) was the only lawmaker to speak out in opposition to the bill, reported the Indianapolis Star.

“If you believe in a woman’s right to choose, there is a distinction between a viable and nonviable fetus,” Lanane said.

Freeman told Indiana Public Radio that the bill is not intended to restrict access to abortion care or target pregnant people who self-induce an abortion. “This bill has nothing to do with two things. One is a woman’s legal right to an abortion,” Freeman said. “And two, it does not have anything to do with a woman who would terminate her own pregnancy.”

Meanwhile, Mike Fichter, president and CEO of Indiana Right to Life, said in a statement that the bill was a “powerful step forward” in laying the legal groundwork to challenge Roe v. Wade.

“We are committed to doubling down on efforts to bring about a majority on the Supreme Court that will strictly interpret the constitution, dismantle Roe, and provide full protection for all unborn children, including those who are targeted for abortion,” Fichter said.

“If proponents’ statements about the bill not having anything to do with abortion were true, then why are abortion opponents celebrating its passage?” Diaz-Tello asked.

Jill Adams, founder and chief strategist of the SIA Legal Team, told Rewire.News that exceptions included in the legislation should protect people who have lost or ended their own pregnancies from arrest and prosecution. “However, overzealous police and prosecutors could ignore the law and criminalize people nevertheless,” Adams said.

Without clear exceptions, bills that expand criminalization of fetal harm have the potential to result in the punishment of people who suffer miscarriages or stillbirths, as well as those who self-manage abortion.

“Sometimes people who end pregnancies outside the formal health-care system rely on loved ones for support during the process,”  Adams said. “These family members and friends could potentially be arrested and prosecuted under these expanded fetal harm laws.”