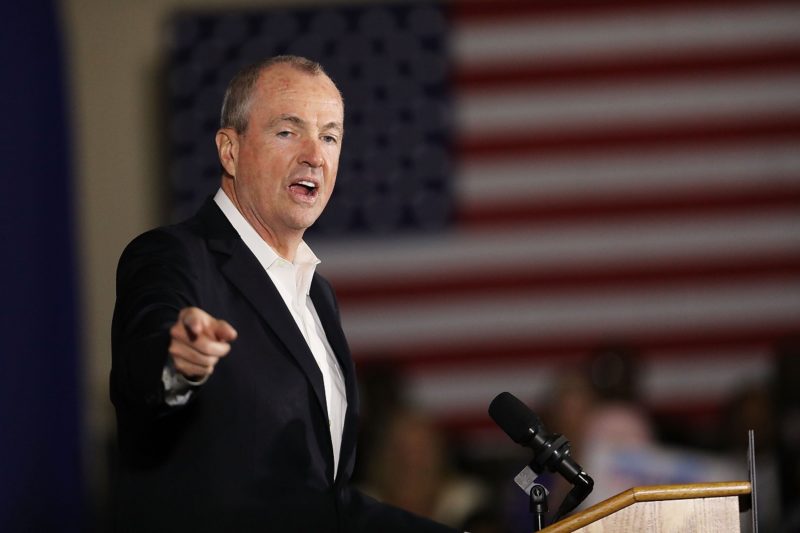 Sworn in on Tuesday, Murphy signed an order to support equal pay for women within his first three hours in office. This was followed by an order outlining ethics standards for his team. Spencer Platt/Getty Images

Incoming New Jersey Gov. Phil Murphy (D) has promised to restore funding to Planned Parenthood, and state legislators are not wasting any time taking him up on that pledge.

Senate Majority Leader Loretta Weinberg (D-Bergen), who has spearheaded efforts to provide funding axed by Republican Gov. Chris Christie, has introduced a supplemental appropriation for $7.5 million from the current budget. It is expected to be voted on on February 1 and may reach Murphy’s desk soon after, an aide from Weinberg’s office told Rewire.

Murphy has denounced Christie’s attacks on family planning services and vowed to restore the Planned Parenthood funding, calling it “mission critical” and a matter of “life and death.”

Murphy, the former U.S. ambassador to Germany and a former Goldman Sachs executive, is a newcomer to government and has promoted a liberal agenda, after eight years of his predecessor, Chris Christie, stymieing progressive policies. These include raising the minimum age to $15, expanding voting rights, mandating paid sick leave, banning shackling of pregnant inmates, and restoring funding to Planned Parenthood.

Sworn in last Tuesday after his landslide victory in November, Murphy signed an order to support equal pay for women during his first hours in office. This was followed by an order outlining ethics standards for his team. He has since vowed to raise the minimum wage and enhance the state’s paid family leave program—a move vetoed by Christie.

New Jersey is one of few states to have a paid family leave program funded by workers through a payroll deduction of up to $33.50 a year. A bill would have increased the eligibility period, raised the cap on the reimbursement amount, and expanded benefits siblings, grandparents, grandchildren and parents-in-law of affected workers.

Murphy in July posted on social media his support of the expansion saying that it would be “the compassionate and fair thing to do for working families.”

Civil rights advocates and progressive lawmakers told Rewire they expect Murphy to approve legislation that Christie had refused to sign during his two terms as governor. For instance, a bill to severely curtail the shackling of pregnant inmates could become law under Murphy after Christie vetoed the measure, deciding to keep the “barbaric” practice of chaining and handcuffing people during childbirth.

Shackling during pregnancy, labor, delivery, and postpartum recovery can pose medical risks to the health of the woman and her fetus, according to a report from the International Human Rights Clinic. The United States in 2008 adopted a federal anti-shackling policy, but that does not apply to the more than 86 percent of U.S. prisoners housed in state prisons, according to a shadow report to the U.N. Committee Against Torture.

Monifa Bandele from MomsRising, a grassroots advocacy group fighting for the rights of women, mothers, and families, said the organization plans to push Murphy to make this a priority and expects that he will. Murphy’s office didn’t respond to Rewire’s request for comment on a potential anti-shackling bill.

“As an organization that supports women and mothers, we have to make sure the most marginalized of women—incarcerated moms and moms in detention—are protected,” she said.

Some of the the bills that Christie vetoed after they passed the Democratic-controlled legislature will be among the easiest for Murphy to pass, Ben Dworkin, director of the Rowan Institute for Public Policy & Citizenship at Rowan University in Glassboro, New Jersey, told Rewire.

“We expect relatively quick movement on items such as funding for Planned Parenthood and other women’s health clinics, new gun control legislation, pay equity for women, and re-engagement by the state in support of regional anti-global warming initiatives. Such movement will be a complete reversal from the Christie years,” he said.

Christie voted against overhauling the voting system in a state that reportedly saw its lowest voter turnout in 2015, as NJ.com reported. Murphy has promised to massively expand voting rights, a campaign priority, by allowing online voter registration, same-day registration at the polls, and automatically registering all licensed New Jersey drivers.

In his inaugural speech, Murphy talked about creating solutions and a long-term vision for a united, “stronger and fairer” state while vowing to “resist every move from President Trump and a misguided Congressional leadership that would worsen income inequality; or divide families or deny access to college for our Dreamers; or defund essential infrastructure; or gut health care for our children, seniors, and the working poor; or provide a tax windfall to giant corporations and billionaires at the expense of our working and middle-class families.”

With Murphy’s win, New Jersey became the seventh state in the United States where Democrats control both the governor’s office and the state legislature. While Democrats expanded their legislative control, Murphy has to deal with serious issues like rising property taxes, an underfunded pension system, and problematic transportation system that can lead to some intraparty battles.

“In the end, deals will be struck to move the state forward,” Dworkin said. “A good example is a proposed new tax rate for those making over $1 million. The anticipated $600 million in revenue is desperately needed because the Christie administration left Murphy with a $900 million hole to fill in the state budget. Democrats have repeatedly voted for the ‘millionaire’s tax’ and Christie repeatedly vetoed it. No legislator lost because of those votes. But few things in politics come for free.  So renewed support for this legislation in 2018 will probably become a bargaining chip between the legislature and the governor. The new tax rate will get done, but the process will be complicated by the routine horse-trading of legislative politics,” he said.

“Governor Murphy’s executive order to promote equal pay for equal work makes it clear that his administration will fight for all working families and do everything in its power to ensure justice and equality in the workplace,” New Jersey State AFL-CIO President Charles Wowkanech said in a statement.

Given that Murphy is assembling a diverse cabinet, Bandele said she expects them to support his promises to sign progressive measures that were stymied during Christie’s time as governor.

“This is not as much a battle between Democrats and Republicans, but a battle between right and wrong—between standing up for the people of New Jersey or standing for failed Washington politics,” Murphy said in his speech.